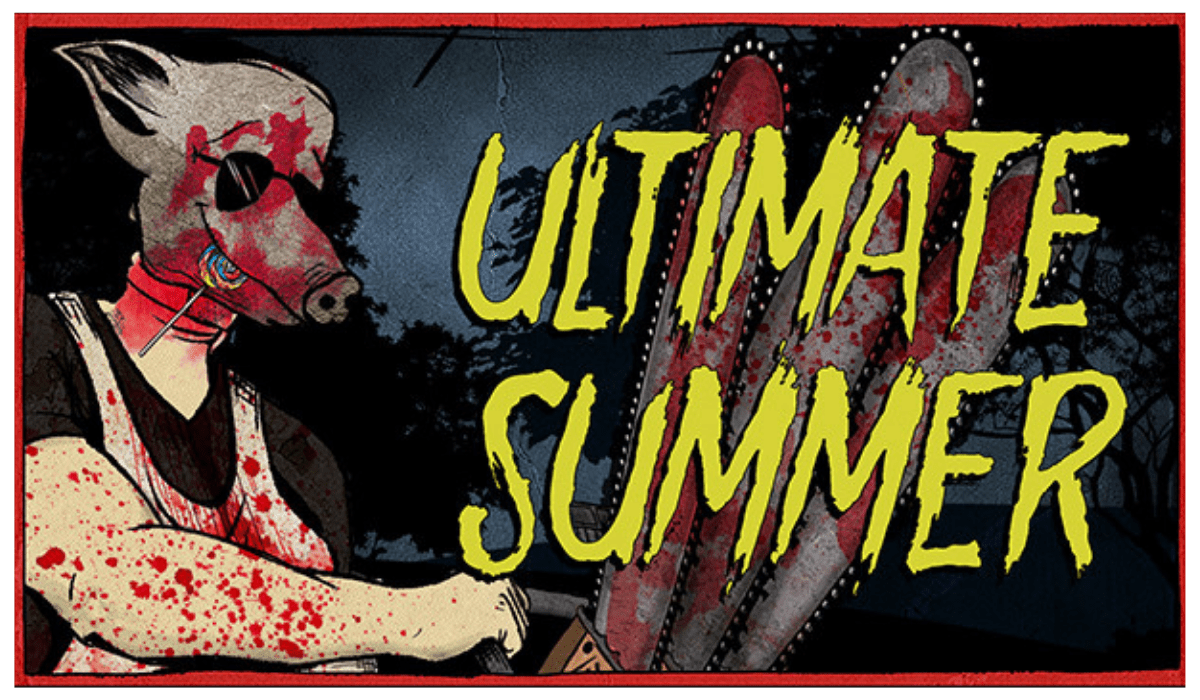 Ultimate Summer comes from Asmodev, and is published by Ultimate games S.A; bringing a new hellish take on the familiar tower defence style of game. The hordes of hell are trying to take over the zoo, kill the animals and destroy your washing machine.

Launching in early access on pc on the 15th of January and coming to PlayStation, Xbox and Nintendo Switch sometime in 21/22. The final launch of Ultimate Summer is expected in May of this year.

I MUST protect my washing machine at all costs!

It was great getting to play Ultimate Summer I really enjoyed it. Protect the washing machine at all cost and don’t die. Let us know down below in the comments if you will be fighting the hordes of hell.

Ultimate Summer puts you in the role of a retired butcher turned poet, vacationing on the Zoo island. Unfortunately for him, he finds himself protecting the animals on the island from the united armies approaching. Heaven, Hell, Purgatory, Cthulhu, Carnivores and Aliens are all coming to attack. You have to survive for 14 days and kill all of the enemies before they destroy the giant washing machine with the animals inside. Feed the animals the souls from the hordes to keep them alive and safe.

A great classic shooter/ tower defence that’s fun to play and makes time fly by.  Collect 4 different resources as you try to craft traps to keep up with the hoards. There are 9 different weapons, each having 3 upgrades to give you more power. Make sure you are strong enough to kill the hordes as they march towards you otherwise you’ll be overrun. Their only intention is to destroy the washing machine and kill the animals inside. With 14 different bosses and 30 different types of enemy to defeat, make sure you have the correct weapons and traps installed to stop them. Some will walk and march towards you and others will fly above, but they will do everything they can to get to your washing machine.

Having the opportunity to ask Asmodev a couple of simple questions was great.

How did the idea of the game come to life?

I just needed an excuse to make a defence shooter game, it was like call of the wild. When I got the title, I said ” Yeah, whatever”. Even if it had been called Fifa 2077, you would have still gotten a kitschy tower defence game.

What was the inspiration behind the story in the game?

I can’t say there was a specific inspiration behind the story. It’s just a random mess of thought you get throughout the day. Then I combined this with our lore, introduced in internal radiation, and polished it a bit, so it could make some sense. I then got Ang to draw it up

While playing on PC, I found the graphics to be pretty decent and very clear and playable. It’s easy to navigate around the map and easy to see clearly in the dark. The HUD was clear and everything was easy to access. I didn’t come across any kind of glitch or bug while playing Ultimate Summer and the gameplay was nice and smooth. The blood splatter wasn’t the best I have seen but added to the game and made the gore of the game more fun. The textures around you were good and nice and clear so everything was easy to identify. You could tell exactly what the enemy was and looked pretty good although still terrifying.

At the moment there are 14 days to survive, but in the future, Asmodev will be adding new difficulty levels. I found myself getting stuck around day 8, although when I found my way through the hordes, my washing machine would get destroyed around day 11. I couldn’t beat it. But if you love tower defence games then ultimate summer will bring you hours of fun with an added twist of a classic shooter. 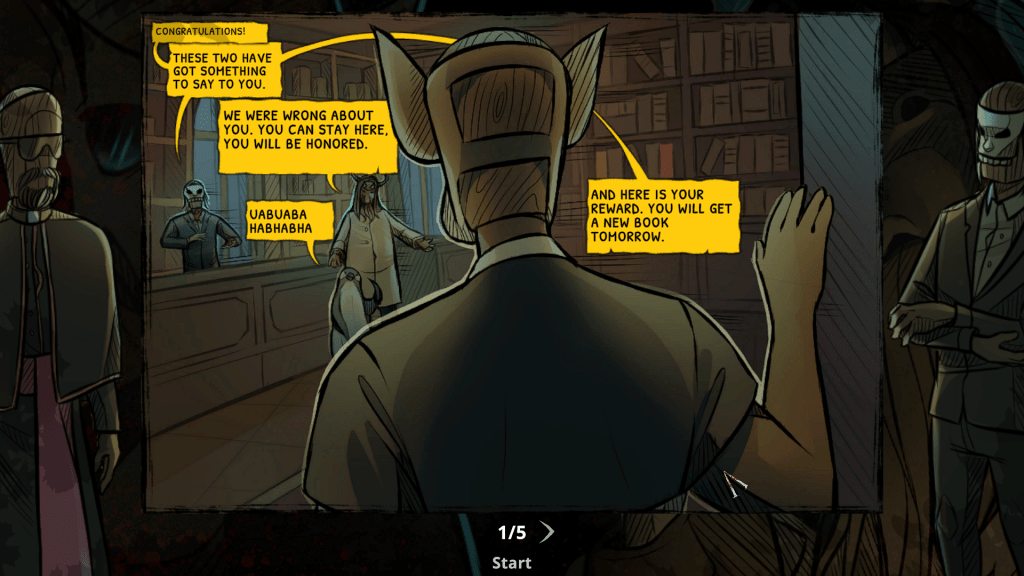 I definitely enjoyed playing Ultimate Summer. It’s a great take on a classic tower defence game with the added aspect of a classic shooter. I found the hordes hard to defeat especially around day 10 onwards as they just constantly marched toward me. When Asmodev adds new difficulty levels in the future I will definitely be revisiting Ultimate Summer, to see if I can make it all the way to day 14. I think the concept of the game is great and with a few more updates it will be even better.  The comic book style of the story before each day as you progressed was a brilliant addition. 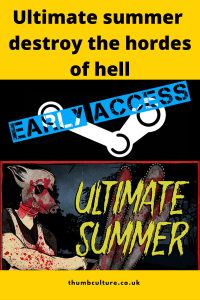