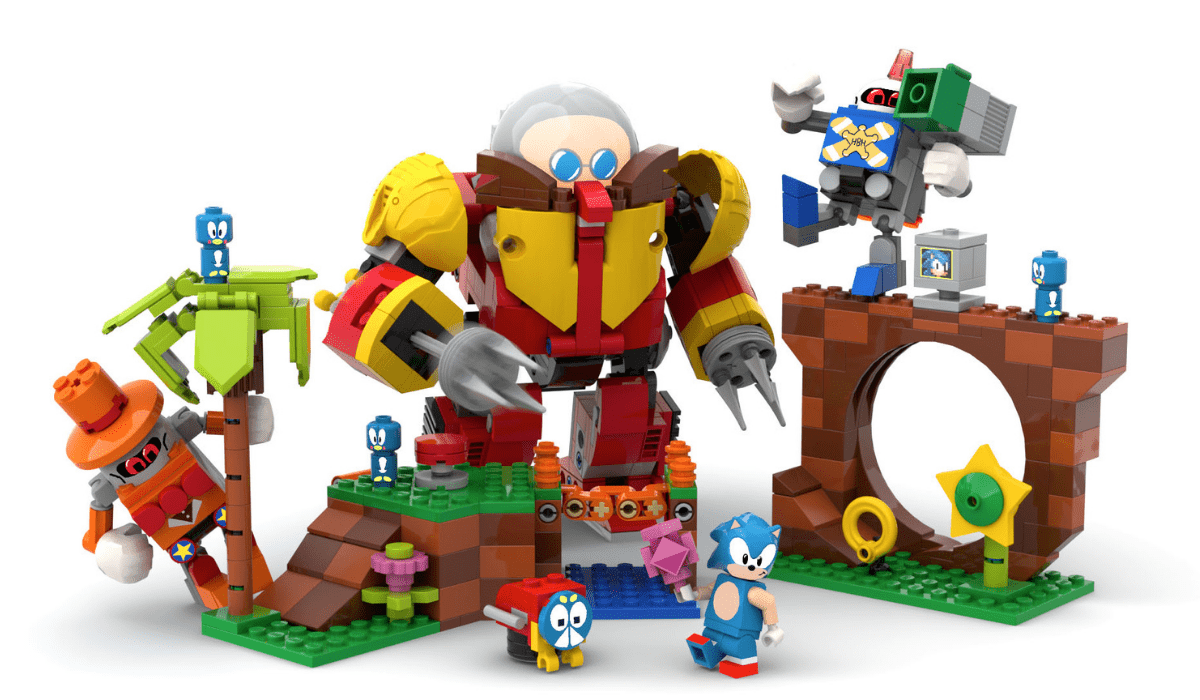 Lego is working with SEGA on the development of an official Sonic set.  The idea was submitted to the Lego Ideas platform back in 2019 by UK Sonic fan Viv Grannell.  It received 10,000 votes, which as a result got the attention of Lego and prompt them to get in touch.  You can find the original concept here, and it has some really great ideas implementing the Lego Technics side of things.

“I’ve been invested in the world of Sonic for almost my entire life, and it’s such a perfect fit for the LEGO system that I spent about a year rallying support for it to happen,” Grannell said in a release. “Having 10,000 people back my design was overwhelming enough, even with friends and family behind me, but having it be selected for further development was the most exciting secret I have ever had to keep!”

If you are a long-time Sonic fan, you will recognize the concept design as being the Green Hill Zone. This one is based on the more recent Sonic Mania game.  This will be the second time the blue blur has featured in a lego product.  His first outing was as a downloadable character for Lego Dimensions.

There are no details as yet as to when this will be released. But, Sonic will be celebrating its 30th anniversary this year so we can hope it will be sooner rather than later.