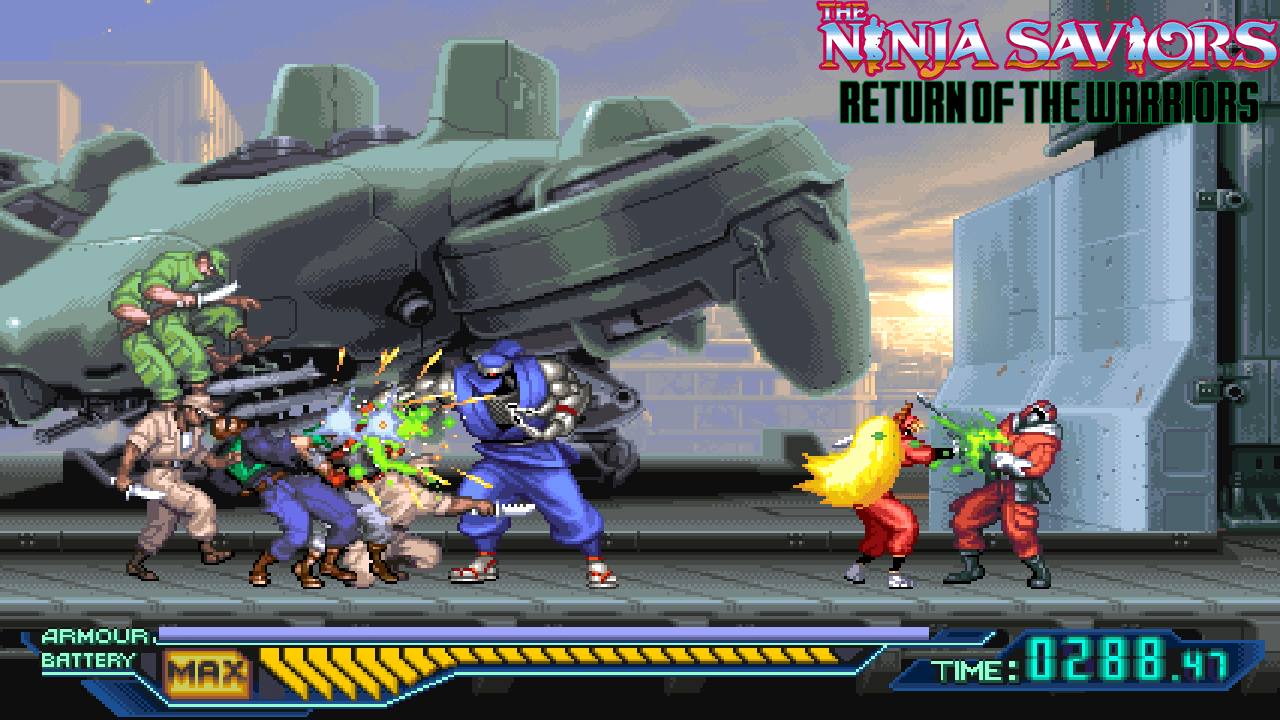 ININ Games, publishing label of United Games GmbH, today released a new extra-large trailer for THE NINJA SAVIORS – Return of the Warriors and confirmed the launch dates for Europe and North America.

The highly anticipated sequel to the arcade hit will be released in Europe on August 30, and in North America on October 15 on Nintendo Switch and Sony PlayStation 4. The game was originally planned to be released simultaneously in both markets. The reason for the short-term postponement in North America is unforeseen logistical challenges, which could not be solved in time despite intensive efforts. ININ would like to apologize formally to the many fans who are already eagerly waiting to play this masterpiece. As a small compensation for longer wait time, the physical release will contain some extra items that will be revealed later. 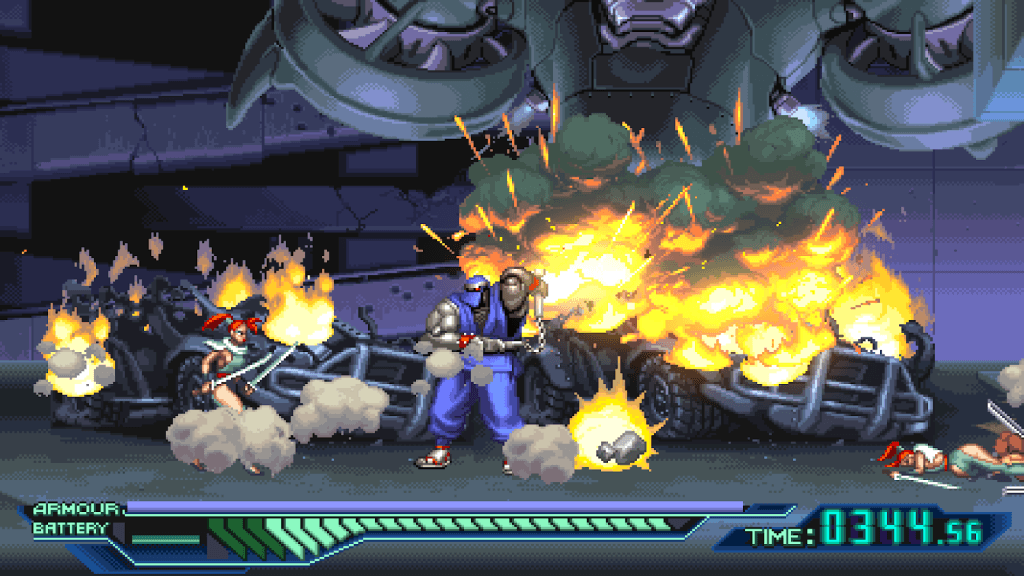 There is more good news

The game will be released as a completely uncut experience in Europe and the US, including the option to change the colour of the hit effects to red. It will also include enemies which were not included in the Western Super Nintendo version at that time. Extensive insight into the features and characters is provided by the six-minute XXL trailer which was released today.

Armed with diamond-sharp steel, the Ninjas turn their bodies into raging cyclones – leaping, kicking, and slashing through wave after wave of enemies. Over a total of eight levels, you’ll take on the tyrant Banglar and his henchmen either alone or with a friend. So settle in for a night on the couch with your friends, and reminisce about the golden era of 90s co-op game evenings you know and love. 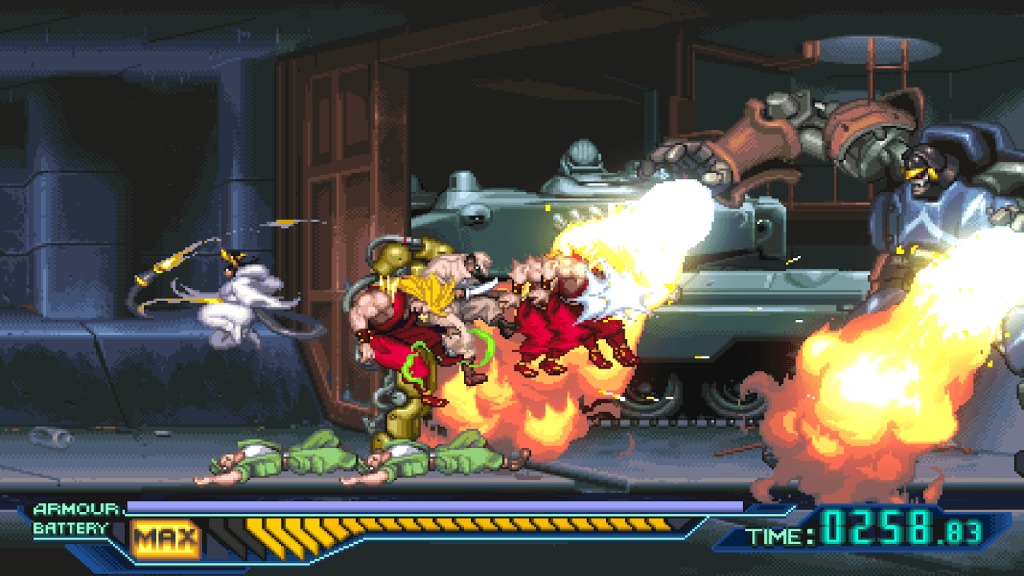 The original developers, TENGO PROJECT, have improved the audio-visuals in every respect, making an already outstanding game even better! Along with 2-player co-op play, TAITO’s latest arcade action masterpiece also offers fans new 16-bit pixel art graphics and animations, the revamped sound of TAITO’s legendary house band ZUNTATA, as well as an online ranking system so that you can compare your skills to fighters from all over the world.

Here are the five android ninjas that will join the battle: 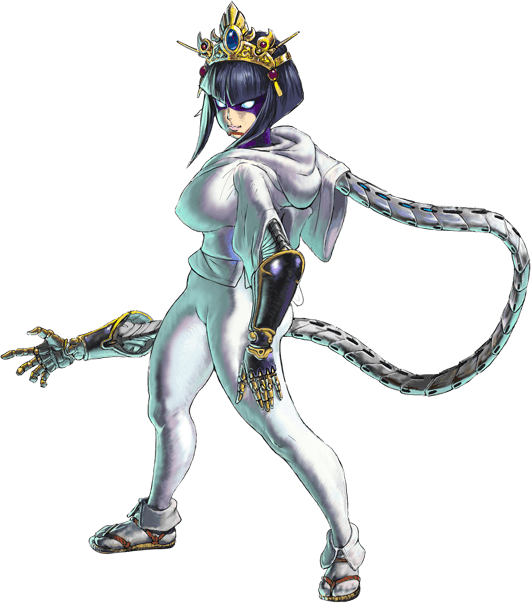 Heavy-weighted Type: A huge battle android. It can transform into two modes; human-shaped Crusher Mode or Blaster Mode with flying capabilities. Its giant 4 m high body is the source of its absolute strongest power. 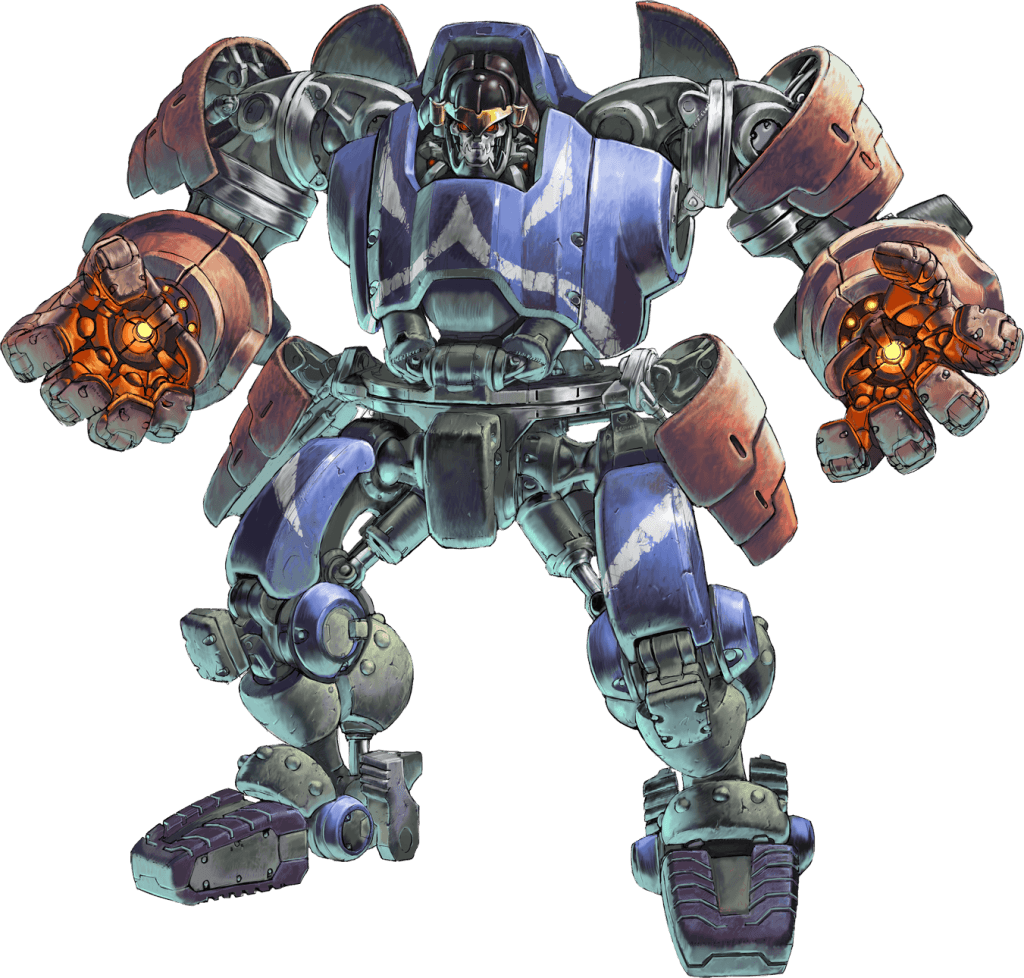 Balance Type: A woman-shaped android. Agile and specialized in aerial combat. Slashes down enemies with double Kunai knives and the Katana blade on its back. 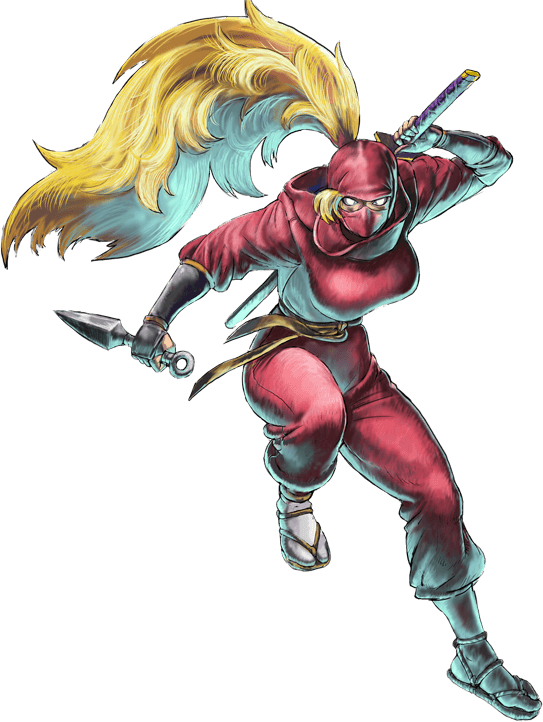 Power Type: A giant-scaled android. Slow, but its power compensates for that. Its special abilities are attacks with steel Nunchuks and grabbing throws. 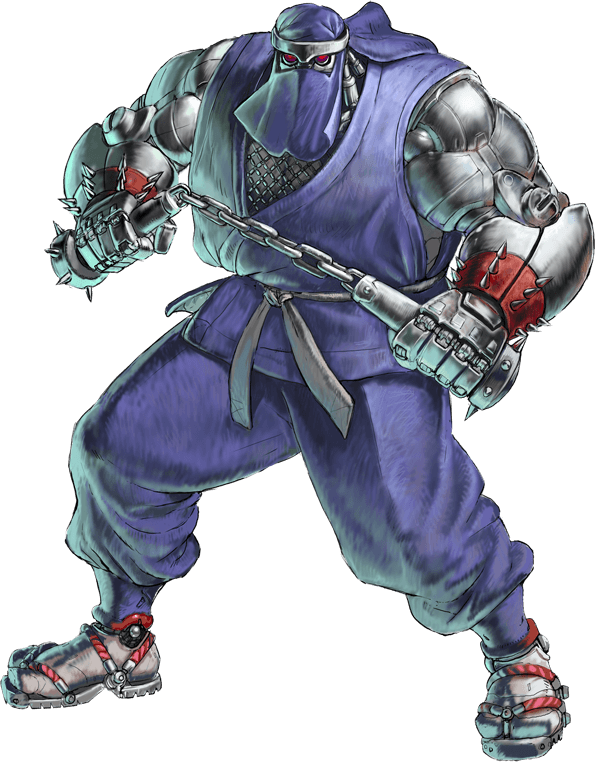 Speed Type: Excellent in speed, and its strength are attacks that use agility. Swings around with the blades built into its arms and cuts down enemies who approach it. 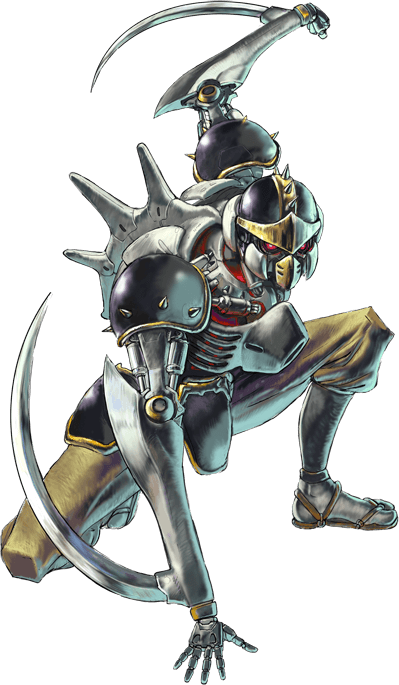 Pre-orders of the physical edition of THE NINJA SAVIORS – Return of the Warriors will receive a limited NINJA SAVIORS keychain with a throwing knife look.

In addition to the poster and sticker set, a manual will also be included, just like back in the 1990s. More information on pre-orders can be found here http://ninjasaviors.inin.games/.

ININ Games, the new publishing label of United Games GmbH, focuses on the classic digital and physical marketing of high-quality retro, indie and arcade titles. Along with undisputed classics, numerous other milestones of gaming culture are in the planning and will be announced in the coming months. For more information about ININ, visit http://www.inin.games/

TAITO Corporation (TAITO) is a wholly-owned subsidiary of Square Enix Holdings Co., Ltd. With headquarters in Tokyo, Japan, TAITO operates core businesses such as game arcade operations, coin-operated game machines, and mobile phone content services. A seminal part of gaming history, TAITO caused a worldwide sensation with its arcade legend, SPACE INVADERS®, and developed such fan favourites as PUZZLE BOBBLE® (BUST-A-MOVE®) and ARKANOID®. Today, TAITO continues to thrill game lovers of all generations by offering both classic and new family-oriented titles on the latest gaming platforms. TAITO delivers a wide range of entertainment experiences with the goal of providing consumers with fresh surprises and new discoveries. More information on TAITO can be found on the Internet at http://www.taito.com