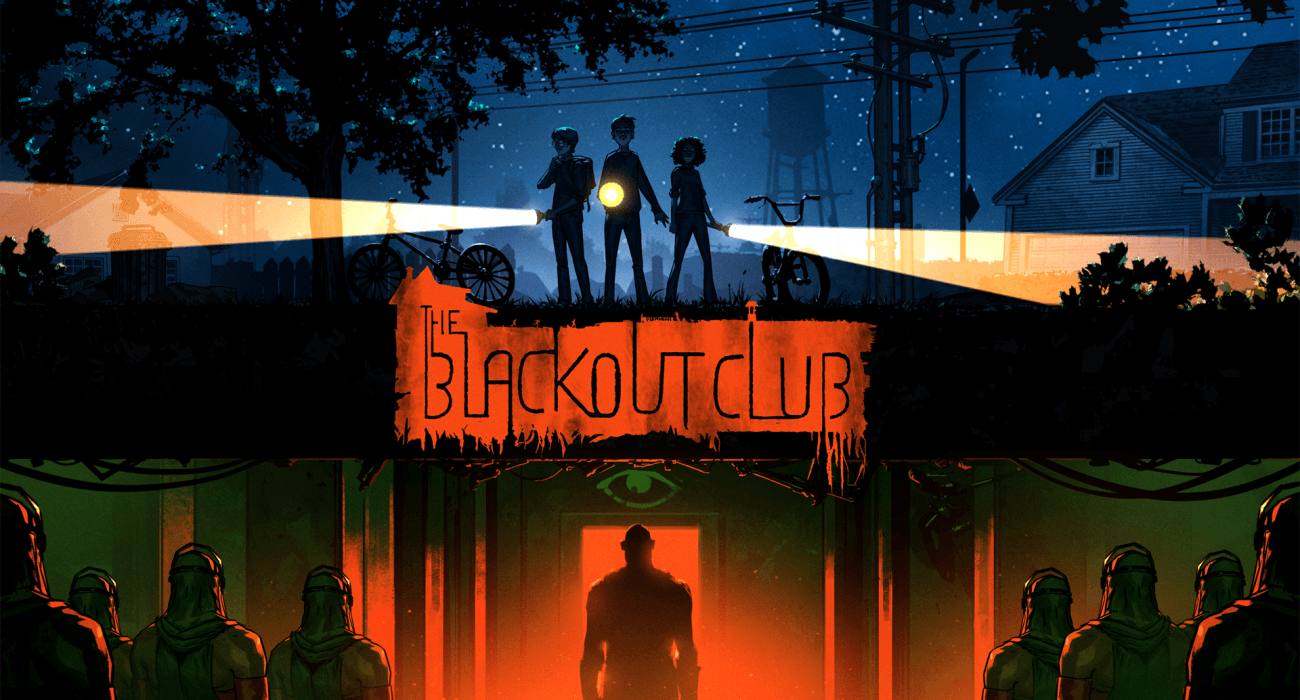 You and up to 4 players can explore and carry out missions against an enemy that you can only ……wait for it……..see with your eyes closed!!!!

Let’s jump in and see what I thought of The Blackout Club.

“Every night, everyone in town gets out of bed and sleepwalks. In the morning, they wake up with no recollection of what happened or where they were.”

The Blackout Club is set in a quiet modern neighbourhood full of houses, as you’d expect, but is situated around the edge of the woods but with a mysterious subterranean network of tunnels. All of sudden recently teenagers have been experiencing blackouts. After their blackout ordeal, they would sometimes find themselves in the middle of the woods or on train tracks and have no idea as to how they got there. When they end up telling their parents, their teachers, or even the police what has been happening, no-one believes what they are saying. After learning that their friend has disappeared after their own blackout event, the kids round up together to form – “The Blackout Club”. 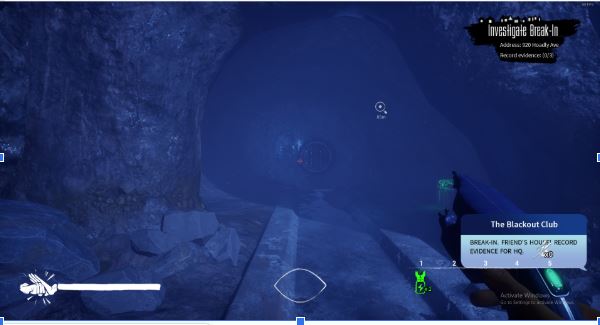 The aim of the game is to be alone, or teaming up with friends carry out missions where you need obtain and record evidence which is located in houses in their neighbourhood, this evidence will hopefully lead YOU onto proving what is happening with these blackouts, and why the townsfolk are suddenly all sleepwalking around the place. But you need to be careful. why? Because if your not careful, creeping around the place and not drawing attention to yourselves, you could get caught by The Shape. The Shape is an unseen threat that hunts you and your friends down, BUT? The twist is that you can only see The Shape when your eyes are closed. Scary times!!!!

The graphics in The Blackout Club are really good at making it dark and eerie. The town is light it by just the street lights, so when you’re creeping around someone’s garden, its proper pitch black but you can just barely make out where you’re going. Inside the houses it’s not as dark as you can turn on the lights, but only if it’s safe to do so. As well the TV’s being on showing some kind of “no signal” warning which could further indicate something is not right in this neighbourhood. 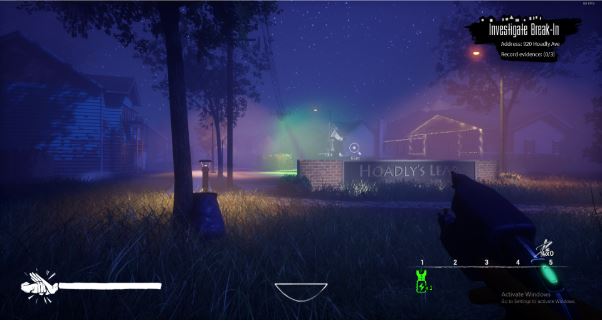 The audio in the game is good, as you’d expect when creeping around it’s quite quiet, you hear noises coming from the woods nearby, maybe the sound of an owl hooting at times, and as your creeping around on the 2nd floor of a house, all of a sudden you hear the creak of the floorboards and you quickly stop & look around to make sure you haven’t been spotted. The moments when you do get caught, it scares you as BANG! you hear the loud alert noise from the game to notify you’ve been spotted, as you then quickly try to hide away to not get killed. 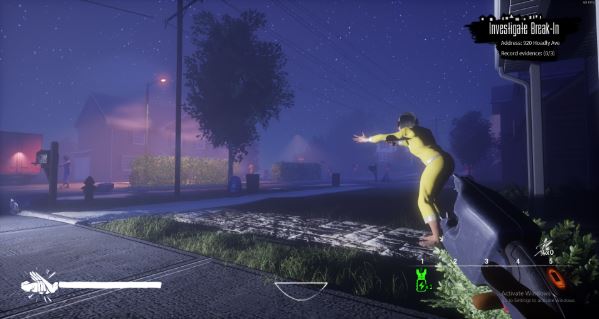 After you have completed all missions alone or with friends, which can be played as many times as you want, then at this moment, there isn’t much replayability left. You can customise your character with new clothing, gestures and hairstyles and you can unlock expansion slots to upgrade abilities but after all this, you get bored of replaying the same missions, to the point that you know the exact map like the back of your hand. 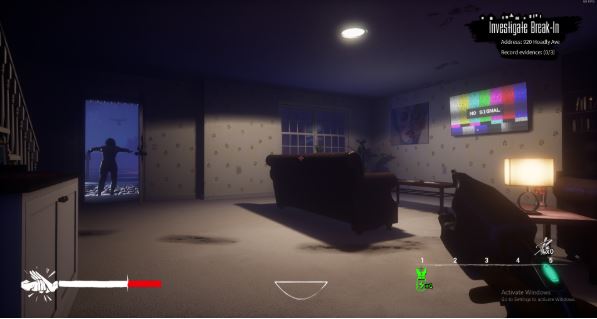 I am sure they will release a ton of new content as the developers have clearly stated that the current release is version 1.0, so we are assuming they will expand it in the very near future. The Blackout Club is currently on steam for £23.79 which I think is quite high for the type of game & replayability it currently offers.

All in all, I did enjoy my 5-6 hours of playing the game but like a lot of other games these days there doesn’t seem that much content to spend hours and hours on it. You could play all the missions multiple times, upgrade your character etc in one 5-6 hour sitting. The game desperately needs more maps, and I didn’t think the stealth aspect of the game was that great, so that would need to be enhanced. I encountered a couple of bugs where sometimes the sleepwalker would be stuck on a door so I could go around unnoticed but as it just come out I will let them off.

When I re-look back at the screenshots I took during the game I do think its looks really cool. I think they have really captured the eerie strange neighbourhood feeling to a T, I just wish the missions were more interesting, maybe make the maps bigger so you have more to achieve to not caught.

I will be keeping my eye on the release updates as I do want to jump back into this, but ONLY if the updates are worthwhile. I will be giving The Blackout Club a Thumb Culture Silver Award.