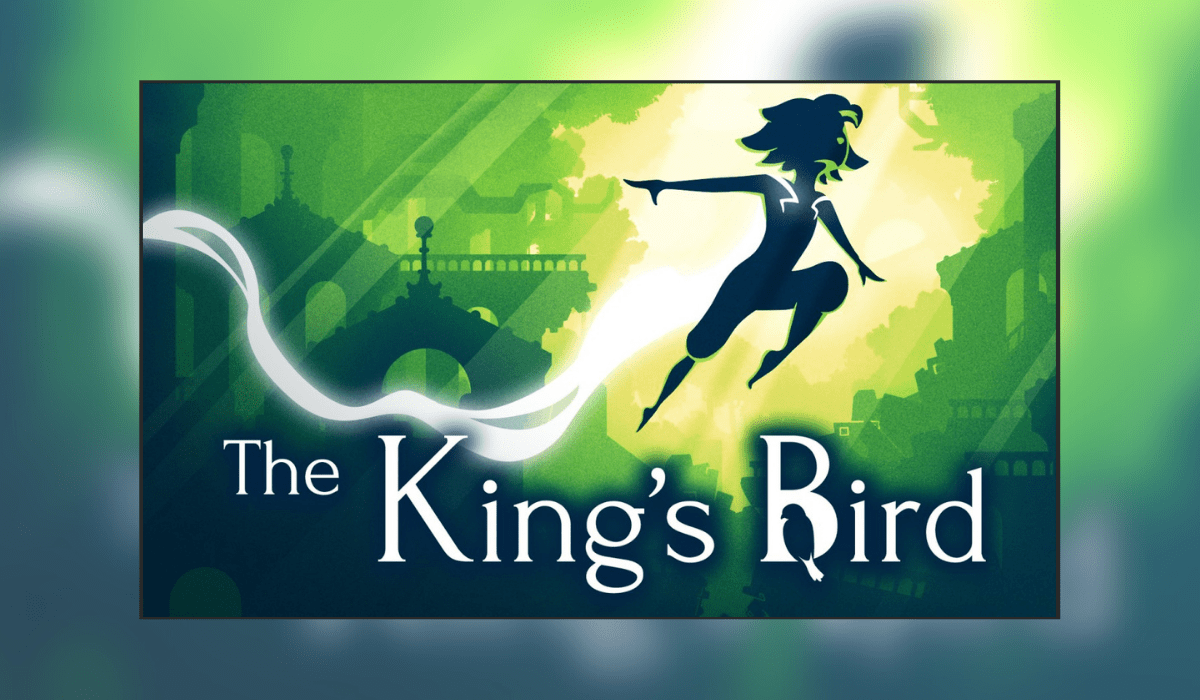 From developers Serenity Forge (creators of Alto’s Adventure and Alto’s Odyssey) under the publication of Graffiti Games, we have The King’s Bird. Available on Nintendo Switch, PlayStation 4, Xbox One, Microsoft Windows, and Mac. We’ve been playing the Xbox one variant for this review, specifically the One X. It’s one of the new games with gold this month. So we encourage you to give this one a go if you have a subscription (Spoiler, it’s really fun)

The King’s Bird – Momentum is key

Let’s get stuck into the review. Excited to share this one with you all. If you enjoy this review you can check out my previous review of Biomutant here. As always you can catch up with me, and the rest of the Thumb Culture team over on Twitter

The King’s Bird is a momentum-based platformer unlike any other. You will have to use your momentum, and speed to make your way through the levels, and they get trickier and more precise as you progress. The King’s Bird starts off with the player standing on a ledge. With a short story expressing the character’s ambition for flight. You then jump off the ledge while the story continues. Before you’re “trapped” by what the character describes as a “cage”

The player is then placed in somewhat of a training area. Running around you will see different images showing you various controls and mechanics. This will get you used to the basic controls of The King’s Bird. There are a lot of little movements you will need to learn to make it through this one. As you make your way through the training area, you will eventually come across a “cage”. After entering the cage a figure will appear and you will be given a cape of sorts. This gives the player the ability to dash, as well as float/glide. Neat!

You will finally see the title screen and The King’s Bird starts for real. Making your way back through the training area, you will come across a beam of light you will now be able to pass. This will transport you to the first hub world. Where there are other, smaller hubs you will have to explore to find. Some of these will be locked initially until you have collected enough birds. Before entering a level, you will be shown the number of birds you have collected, as well as the time you have taken to complete (providing you have played the level before). Upon entering a level, you will have to use everything you have learned thus far to make your way through it while finding all the collectable birds, as well as just getting to the end.

The way The King’s bird flows is so natural and smooth. Upon getting the hang of how to use the momentum to your advantage, you will be soon be racing through the levels as if it’s one fluid motion. Momentum is key! The smoother you are, the faster you will go. For some parts, you’re going to need to work out how to gain more momentum. There will be parts where you may need to traverse up a level, high enough to soar back down to gain enough speed to go up a path you couldn’t before. As for others, the player may have to work out how to slow down before tackling a section. This is somewhat of a precision platform game, similar to Super Meat Boy And N+.

The art style in The King’s Bird is fantastic in my opinion. Simplistic, while at the same time eye-catching. It’s stylized as a shadow world in a sense. The character and platforms you are able to interact with are silhouettes, while the backdrops are bright, vibrant colours. Alibonbon (@Alibonbon) has done an incredible job on this one.

The soundtrack is so tranquil. It will make you feel at ease while you zip through the levels at the speed of light. As you are moving around, you get a sense of speed thanks to the “Whooshing” noises your character makes when jumping, gliding, etc.

Depending on if you’re a completionist, or if you like to take your time, The King’s Bird is a nice, casual game to play. A run-through of all the levels will take you around 10-11 hours. If you’re a completionist, like me, you could spend an extra 2 hours collecting all the birds. Not the longest game in the world, but it’s quite a rewarding and calm one.

The King’s Bird was really enjoyable. Not once did I get fatigued or bored playing this lovely looking game. The mechanics, although fairly simplistic at their core, take a long time to master. Upon completing the game I was still learning all the little tricks you can do the game doesn’t tell you. If you’re a fan of Super Meat Boy or N+ I highly recommend you give The King’s Bird a go. Although this game was released in 2008 I genuinely believe it’s a bit of a hidden gem. Thanks to Microsoft adding it to their Games with Gold list, a lot more people will get to experience this gem.

The King’s bird has earned a Thumb Culture Platinum award from me. There really isn’t anything about this game I would change.

2 thoughts on “The King’s Bird Review”