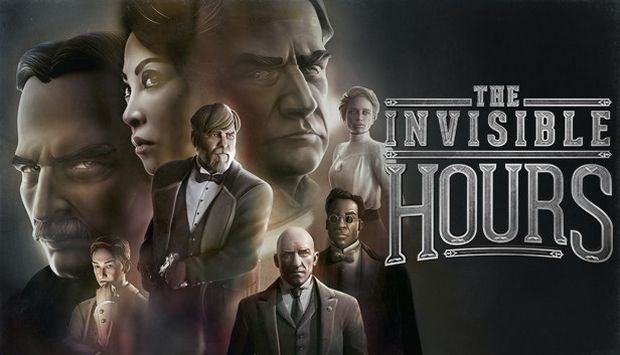 I’m sure that everyone at some point has played the classic board game Cluedo (Clue for our USA readers). The game where you travel around a mansion looking for clues as to who committed the crime (Colonel Mustard in the Library with the Candlestick). Well, imagine if you could bring that into the 21st Century and experience it in VR? Tequila Works have in essence tried to do just that with The Invisible Hours.

Have they succeeded? or have they committed their own brutal murder? (In the Developer Studio with the Computer Software.)

The Invisible Hours is a Murder Mystery Adventure game where you are a member of the audience so to speak, watching a Theatre production of ‘The Invisible Hours‘. The outline of the play is that Nikola Tesla has invited a number of estranged guests to his secluded Mansion. When the last of the guests arrives (who happens to be a world-famous detective – What are the odds of that?) they discover that Tesla has been murdered. The rest of the play then explores the options of who could have committed this despicable act. 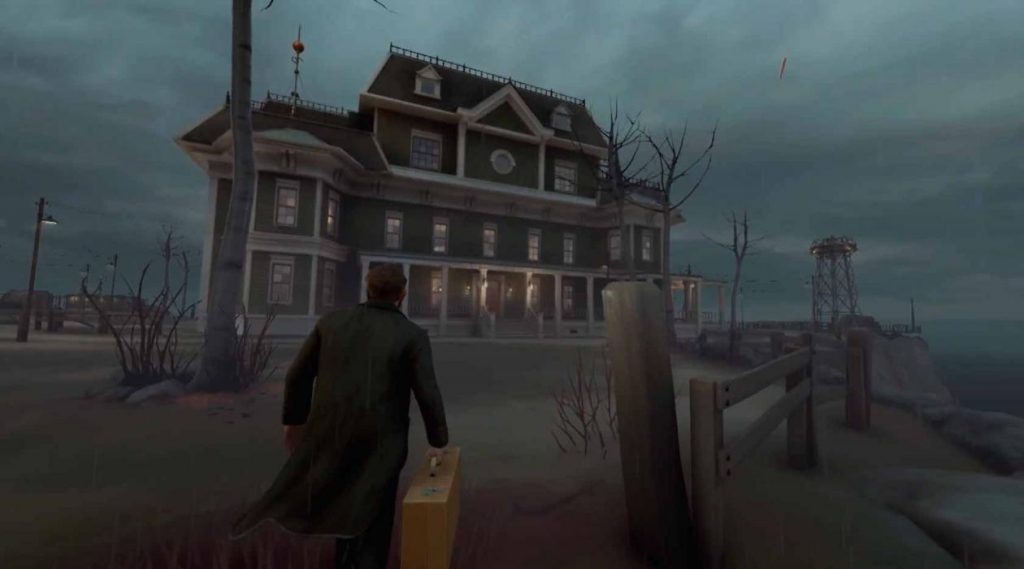 Before going too far into this I think I should start off by saying that with the design of this game it’s a little unfair to call it a ‘game’, its more along the lines of immersive theatre. I would say a good way to think about The Invisible Hours would be to imagine an interactive version of your favourite crime drama on TV. The key difference is instead of just seeing the parts that a director wishes you to see, at any given time you were able to explore any theory from any perspective.

At the start of the game as a bit of a tutorial to show you how things work the game guides you through the theatre to your seat. This was a nice touch, adding a level of immersion through the theatre rather than explaining how things work during the performance. (although the on-screen controls have labels on them throughout so you don’t really have to remember anything).

Speaking of the motion controllers, they were very hit and miss. The movement and teleportation controls worked very well. Allowing you to go wherever you wanted with relative ease. As well as select characters to follow throughout the play. However, picking up and inspecting clues and other objects wasn’t so easy. I found that I had to move around multiple times to get in just the correct spot to select the item.

This became more and more frustrating as time passed. (Just to pacify any readers who are thinking it may have been my setup. I tried the camera in multiple different positions at different distances and also re-calibrated the controls every time to no avail).

As with any Theatre production there are ‘Acts’. These work as levels of sorts. In between each act you return to the theatre booth with a layout of the information you have found out so far, as well as clues you have collected etc. With an option of replaying that part to follow a new character and see the experiences of each person throughout the same time period. 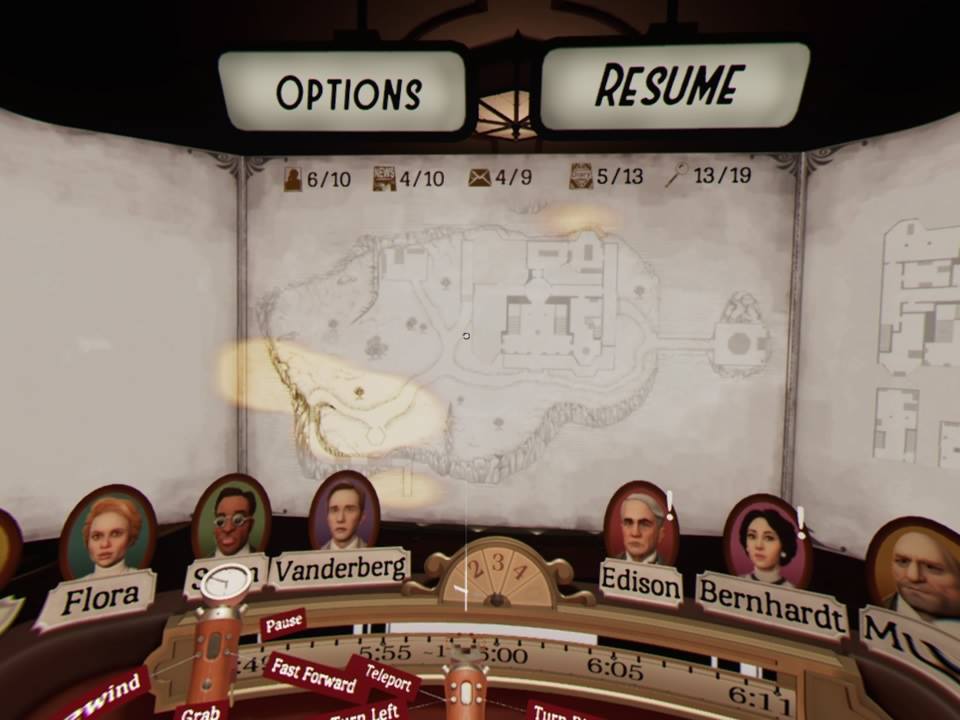 Overall the gameplay was very linear and there was little to no interaction with anyone. It felt more like watching the same scene of a movie over and over and It became tiresome rather quickly.

As I mentioned earlier, I use a standard PS4 (Day One Edition) with my PSVR so those of you with a PS4 Pro may have a different experience.

The scenic shots, distance views and the theatre at the beginning of the game all looked as I would have expected. Adequate graphics that work for what is required. Although nothing that will astound or shock you in amazement. The biggest let down here were the character models. It’s a good job they didn’t interact with you as there would have been some major invasion of personal space just to see their facial expressions. 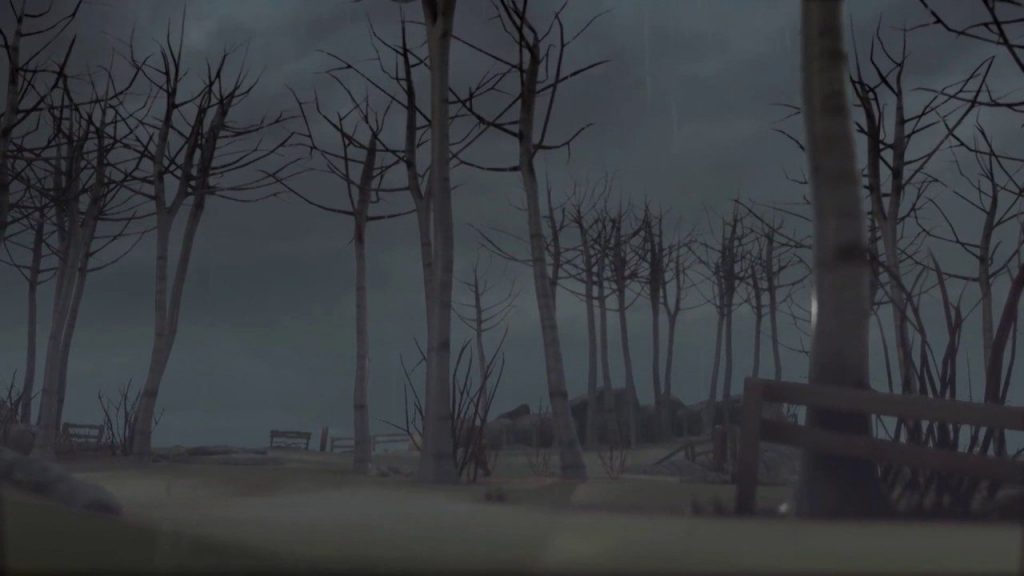 Some of the characters were also very clunky in their movements. As though what they were doing didn’t really fit with the environment they were in. (The Butler with the Porcelain Cat comes to mind).

The writing for a lot of the clues is almost impossible to read. (Glad they added a ‘press triangle for audio’ to have someone read it to you instead).

As with the graphics, the Audio is very hit and miss at times. The Character Dialogue does improve through the acts. However at the beginning and at times throughout it seems very wooden (and some of the accents are atrocious).

As I mentioned just with the written clues having an audio option. These are read in very much the same way as the rest of the character dialogue.
This made it very difficult for me to really care who killed Tesla. I just wanted to make them all shut up and leave me to explore on my own. (which luckily with the pause time option I was able to do).

Given the setting and time period of the game I will excuse the gun-shot sounds being unrealistic as to tell the truth I wouldn’t know what a pistol from that period would have sounded like anyway.

I really doubt that this game will be something that people will want to play over and over again. With the wooden acting and poor character models, one play though is plenty for me. Not to mention how many times you need to watch the story to obtain the clues and see all characters. By the end of it you will probably know the story better than the characters in it.

Hardened trophy hunters will find a good amount here to work through. (I commend you for how many times you will have to listen to ‘Detective Gustav Gustav’).

For those Murder Mystery fans, I think this is something to have a look over if you can obtain it in a sale. Like a lot of the VR ‘Games’ at the moment its more of an experience than a true game. As such for me, the price point is too high (£30). It would be more reasonable and better value if the price was halved. My review may well have been different because of it. I think there would be more to offer from this type of game in VR. Hopefully, this game can be used as a stepping stone to better things.

Based on this I feel The Invisible Hours deserves a Thumb Culture Bronze Award.