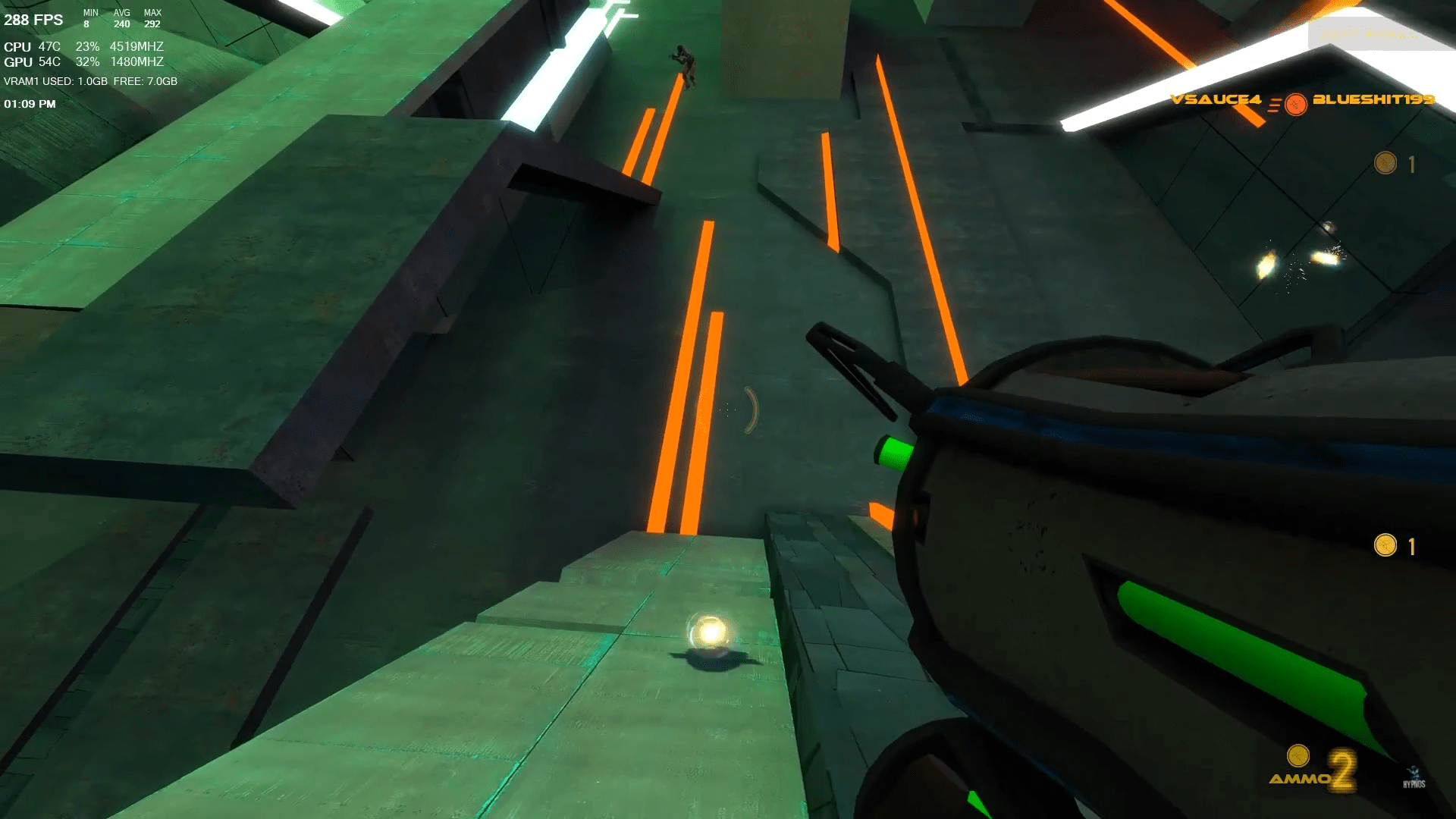 Developer, Boolean Technologies have launched their brand new teaser trailer, and website for their upcoming 2018 multiplayer title, Velocity Brawl. Boolean Technologies, a team of over 15 people originally had their title, Velocity Brawl running as a Half Life 2 modification, a game which sees the player using a weapon that fires an orb similar to the alternatively fired orb from the Half Life 2 weapon, the “AR2” – this orb bounces off of surfaces multiple times before exploding. The aim is to kill other players with these, and according to Project Lead, Will Granda, the game will feature Quake III inspired gunplay, with Counter Strike: Global Offensive matchmaking, and a TRON: Legacy aesthetic.

Velocity Brawl has now moved on from being a HL2 mod and is now being developed within the Unity Engine. There is also a new official website which shows off some models, as well as a video that shows the game in action as acts as their “Proof of Concept”. You can watch it here.

Below is the brand new announcement teaser that launched on the 24th of October 2017. While it doesn’t show any gameplay, it does show some wireframe models of what to expect, as well as a “Coming 2018” followed by a, “maybe”. After talking to Will Granda about the mysterious “Maybe” he said that the game isn’t going to be cancelled but if they feel that it’s not up to scratch it could look at being released later.

Although as it stands, they aim to launch it in Q3 or Q4 of 2018. Whether that’s to be released as Early Access or a full launch is still to be decided.