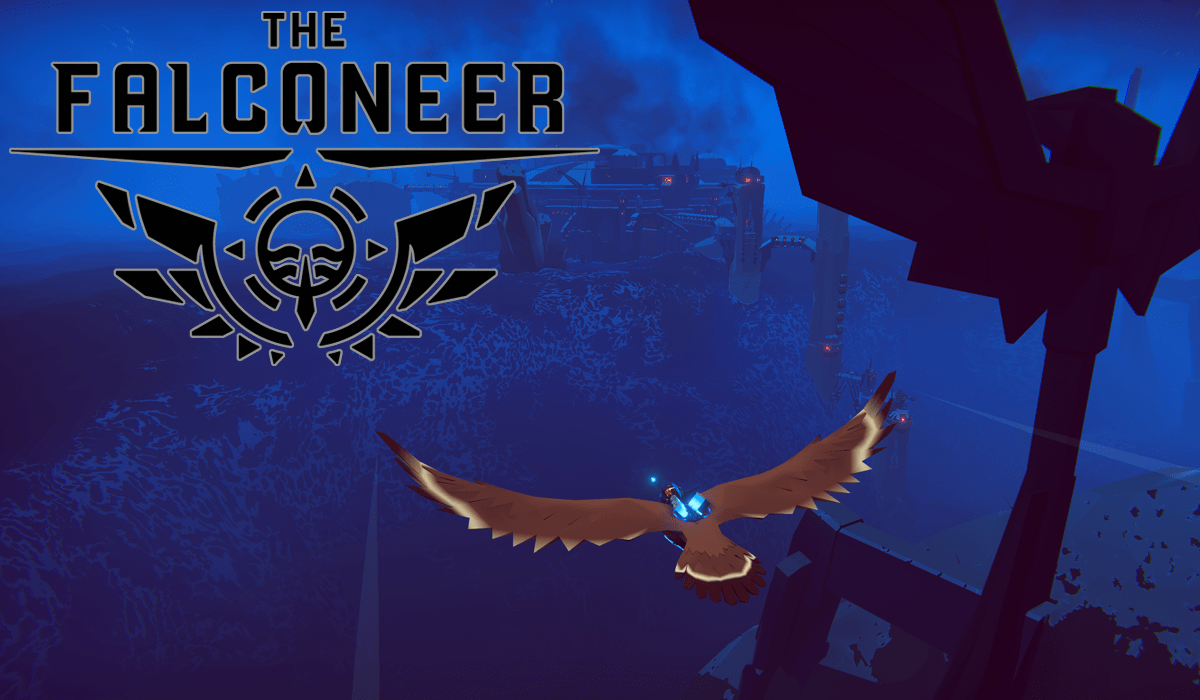 The Falconeer is the debut title from Tomas Sala, an independent Dutch developer. Published by Wired Productions and launching for the Xbox Series X. The Falconeer is an open-world, flight game. You wouldn’t be remiss to note the style is of course similar to Xbox’s own Sea of Thieves, only instead of a boat you have a mighty falcon!

This is one of the few games landing on the Xbox Series X that isn’t on Game Pass. Fortunately though it’s unique enough to not have been buried and also lands at a respectable £24.99 RRP. Currently it is exclusive to Microsoft and at this stage it’s not clear whether or not there are plans for a PlayStation or Switch launch in the future.

The Falconeer – The next generation takes flight…

Admittedly The Falconeer was not on my radar until quite close to the launch of the Xbox Series X. Evoking a similar art style to Sea of Thieves, though certainly unique enough to have its own identity. It certainly caught my eye, with games like Star Wars Squadrons and Microsoft Flight Simulator landing this year it was interesting to see another flying game debut. The trailer showed stormy weather, frantic combat but then also a peaceful side that looked really interesting. I couldn’t wait to dive in!

It would be great to hear what your initial impressions of the game are from the visuals alone. I think whilst it does draw some similarities to Sea of Thieves, it’d be a shame to completely bundle them together.

The Falconeer is effectively set in a large, open sea with various islands across it. These islands may contain secrets, or full blown outposts and cities. Ultimately you’re playing as the pilot of a falcon and as such these cities and landmarks are basically just hubs with little interaction. You’re immediately thrown in to some basic missions that act as a tutorial. I was pleasantly surprised from the outset with how easy to control the game was. I have played various flying games in the past; growing up with X-Wing and Tie Fighter and even diving into the most recent Flight Simulator game. Controls have always mixed results on console, with the use of just a pad often leading to games feeling incredibly difficult to navigate.

Once you’re past the formalities (and to be fair, they didn’t overstay their welcome like some in-game tutorials) you’re able to explore. The basic structure of the game is that there are 5 chapters leading into a finale. The chapters are represented by different factions and add a different element to the story of the world. That story is mostly told in the lore; each town has some dialogue telling you about things. There’s immediately some intrigue as an unknown force has led to a strange canyon on the water. Literally the water has formed a canyon, due to some mysterious force. Then there are pirates, dragons and more already from the outset that capture your attention – not to mention an unexpected twist at the end of Chapter 1 that impacts the rest of the game.

So as you explore and visit each settlement, you discover more and more about the world which is a nice way of telling the story. It allows you to embrace it, or if you’re more keen on the gameplay then just crack on with that. The raw gameplay is pretty simple; that actually is a boon for the game. Like most games, in The Falconeer you have the familiar loops; go here, fetch this, bring it back. Or perhaps go here, kill some stuff. That almost sounds like I am being negative, but the truth is the game’s strongest point is the actual feel and look of it. Simply flying around the map looking around is relaxing, even the combat whilst tough isn’t punishing. Frankly the game is just a thrill to play. Simple, yet rewarding.

Again, it’s hard not to draw comparisons to Sea of Thieves. The Falconeer is like a lonely Sea of Thieves. Lonely in the sense that it’s purely single player, no crew mates, no rogue pirates. The world is quite sparse, with very few enemies unless you venture towards rival cities. This does all feel like it’s by design though; it doesn’t feel lonely, so much as it’s just simply sparse. Personally I think this has been a great change of pace – there’s no fear of being looted and it’s not as frantic as other big titles doing the rounds. I’ve been really chilled out playing this; in fact one session I was just flying around the map for an hour looking around, I didn’t really achieve anything but I was enjoying myself.

Playing The Falconeer on the Xbox Series X means I am running at 4k/60FPS. I’ve seen not dips in performance, and honestly I love the visuals. Stylised graphics aren’t for everyone, I appreciate that. For me I feel like a game with these visuals is going to age gracefully; it allows a little more creativity with the design too. Having ultra realistic falcons flying around an ultra realistic world could tread a fine line between being incredible or janky.

I would say the only let down on the visual side is that the draw distance could be better, in fact what Tomas Sala does very well is utilises the clouds and weather to hide the fact the draw distance has a limit. This is likely a symptom of releasing a game in that cross-generational window. Ultimately this doesn’t impact the experience in the slightest, in fact the enhanced weather visuals add to the atmosphere. Emerging from the clouds to reveal a large city or interesting set piece adds a certain flair to proceedings.

Of course with those stylised graphics you have simpler models, simpler textures and a more vibrant colour palette. In motion The Falconeer is really smooth and looks really nice. Those visuals, as mentioned, will be a polarising topic. Unfortunately having a photo mode is a blessing and a curse when it comes to this. Whilst I am really enamoured by the look of this game, you can certainly see the seams as you inspect it up close. Very low poly models and simplified effects aren’t exactly the calling card of the next generation of hardware. Again taking snapshots out of context can make the game look either stunning, or bland.

When it comes to The Falconeer‘s use of sound, you’re not going to have anything unexpected. Similar to games like Breath of the Wild or Sea of Thieves the music is entirely designed for the atmosphere. There are themes and music cues throughout, but really the subtle soundtrack just enhances that relaxing vibe of the game. Hearing music ramp up for battle, and certain signature motifs for the various factions too, all add to that atmosphere. Something, which I am sure you can guess by my write up, I believe the game does very well.

The Falconeer is a chunky game, but I think the size of it will be determined by how the game captures your attention. As mentioned it’s a large open world, it can feel barren if you don’t enjoy the freedom presented to you. I would imagine if you moved just from main quest, to main quest you’d probably be able to blitz through the entire story effortlessly. Personally I think that would be a disservice to the game. Looking around and seeking out all the secrets is something I normally frown upon in games; when the game is this chill to play though I can’t help myself.

Whilst it would have been nice to embrace the multiplayer side; the game is still rich with content. I think if we ever see a sequel to The Falconeer we will certainly see co-op added, maybe give it more of an MMO vibe in the same way Sea of Thieves does. The issue you may find though, is if that content doesn’t click with you early on, you’ll probably find your attention flying away from you.

I have thoroughly enjoyed my time with The Falconeer. In fact I am not done yet and plan to keep exploring and maybe tick off some of the optional stuff just for the enjoyment of the game. I love flying games, but they can be a mixed bag with controls – something The Falconeer manages to do well! With a large world to explore it could do with being a little more populated. In fact co-op mode would work brilliantly in this game, especially as most missions involve an AI wingman.

I award The Falconeer the Thumb Culture gold award, simply put this is a strong debut game from a new developer. A developer I am going to be watching like a falcon. 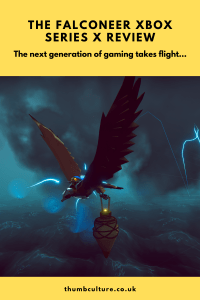