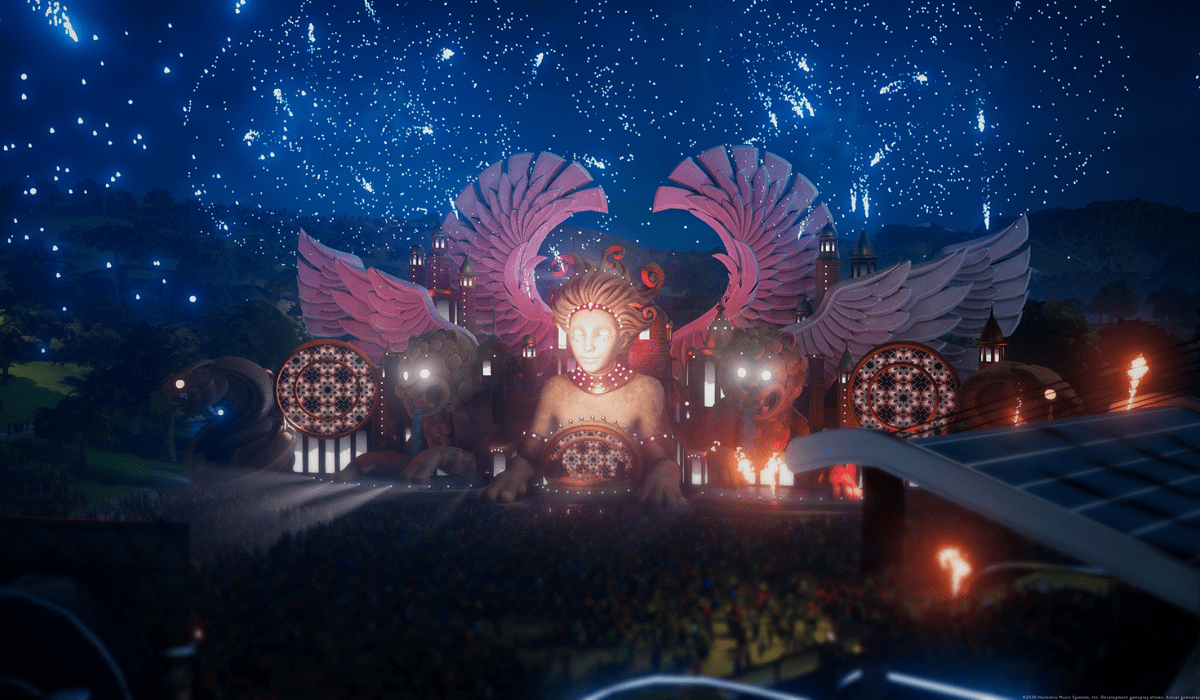 If you’ve been looking for something to fill the hole left by the beloved rhythm game-era of titles like Rock Band and Guitar Hero, you’re going to love Fuser. Developed by Harmonix and published by NCSoft, Fuser is a creative musical outlet that makes the art of deejaying available to everyone. This Fuser review is going to take a deep dive into a fun, fresh and vibrant game that’s breathing new life into a much-missed genre of gameplay.

Fuser Review – What’s All The Noise About?

I found Fuser to be a lot more enjoyable than I was first expecting. I also found it to be creatively challenging, but I’d love to hear what you think if you’ve had the chance to play it. Don’t forget to let us know your thoughts in the comments below! As always, you can catch up with me and the rest of the Thumb Culture team over on Twitter too.

Fuser offers a clever mix of campaign mode, freestyle and online multiplayer options. During the initial campaign, you’ll pick up the basics of mixing tracks, the variety of which I have to say I was pleasantly surprised by. I didn’t think I’d be dropping baselines by Sean Paul into vocal mixes with Dolly Parton, but Fuser offers you such freedom. In fact, that’s one of the main strengths of this game. The range of musical genres covered in the buildable ‘crates’ of tracks will appeal to a huge gamut of musical tastes. There really does seem to be something for everyone.

You control a deck with four disc spaces that you fill with component musical parts from a range of tracks in your crate. It seems straightforward at first. However, as you learn the nuances of downbeat drops and adding vocals ‘on pickup’, you can really appreciate the skill and effort that goes into being a successful DJ.

Gameplay is progressive and highly engaging in campaign mode. Additional practice is available in the freestyle mode, which you’ll probably need as it’s not as easy as you’d think keeping Fuser’s festival crowds happy. The level of challenge increases thanks to a range of musical demands put upon you by the crowds you’ll face in different timeslots.

The stronger your DJ star power grows, the greater the expectations on you become. You’re continually helping the crowd find their next musical wave of euphoria, and that definitely takes practice. Still, it’s an exciting ride as you have the chance to mix and match different tracks from country to pop, hip-hop to Ibiza trance, all the way through to more contemporary chart hits.

Something that Fuser also adds into the mix is it’s ‘social’ mode. This is where players and other creators can take part in weekly in-game challenges and submit their own mixes for rewards such as character outfits and DJ renown. This is a pretty cool addition to the core concept and is something I could see taking off on streaming platforms, reigniting DJ battles for friends and digital creatives.

For a game that’s all about musical expression, Fuser really delivers on its promise that anyone can be the star of their own music festival. Its colourful, semi-psychedelic graphic style and powerful stage customisation elements really heighten the sense of immersion into your own solo DJ set. As mentioned, Fuser offers you the chance to experiment with a huge range of musical elements that have been carefully extracted from some of the music world’s most popular tracks.

It’s almost impossible not to get sucked into the rhythmic enjoyment of creating your own mixes. You can snapshot and save these for later use if you (and the crowd) really love them! There’s a lot more technical skill involved in understanding how the different audio aspects of each track can blend with another than I anticipated. However, this all adds to the enjoyment and challenge that Fuser brings to the table.

Fuser is something I could definitely see myself sinking more than a few hours of my time into. With Harmonix providing weekly challenges and ongoing DLC, I can see it becoming an ongoing creative outlet. Even if your own musical skills are limited, Fuser provides a genuine insight into what it takes to be a DJ. You’ll learn how songs are broken down into their component parts and mixed together to create new tracks altogether. That’s quite an addictive musical experience, particularly if you’re naturally drawn to creative-themed games as I am.

I wasn’t sure what to expect from Fuser but I’ve been more than pleasantly surprised by it so far. It seems to be a game that can revitalise the rhythm genre. What’s more, it doesn’t require any additional peripherals to do so. Anyone can pick up their controller and learn how to mix songs together. Fuser really challenges you to see if you’ve got what it takes to DJ a headline set at their own festival. I assumed mixing songs together would be a somewhat simplistic affair, but Fuser definitely shattered that concept!

This is all down to a variety of clever gameplay elements, clearly underpinned by strong musical knowledge. Fuser offers an addictively fun, accessible experience for gamers and music lovers of all skill levels. For me, Fuser’s an experience that brings the rhythm genre back to the forefront of creative gaming, and for that reason, I’m awarding it a Thumb Culture Gold Award. 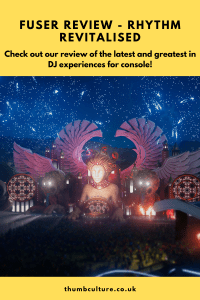