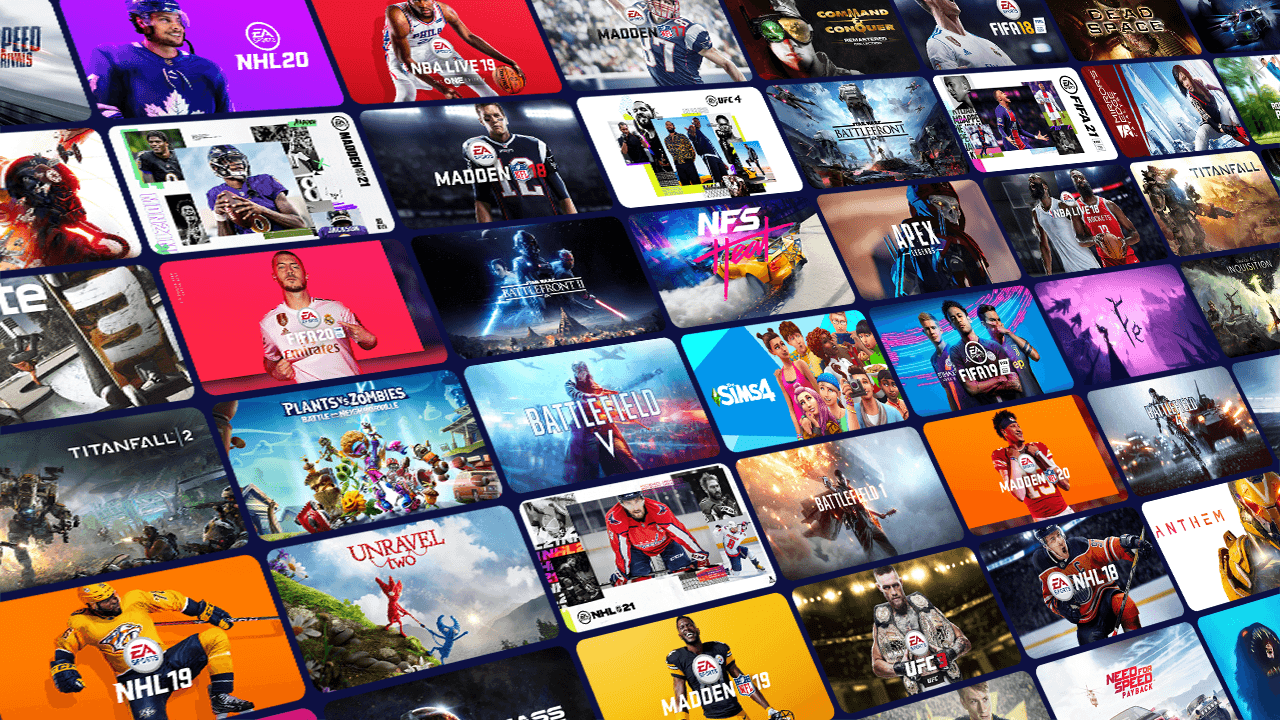 Xbox Game Pass is branded by Microsoft as the “best deal in gaming”. I personally believe they’ve earned that title. In fact, it’s become almost a parody at this stage how much we, at Thumb Culture, love Xbox Game Pass. Not only does it provide a lot of content at an affordable price, but it also delivers it across multiple platforms. Originally announced, rather unceremoniously via an Xbox blog post, it was immediately apparent that it was going to be a good deal for gamers. The service has grown a lot since those days, and is talked about weekly by media and gamers at large. This is thanks to the regular updates and content provided by Xbox and their partners.

Xbox Game Pass is a subscription model; just like Netflix, Disney+ or Amazon Prime. It offers a list of games that you can download or play on various devices. What you might not realise is that you’re able to be part of the Xbox ecosystem without an Xbox Console itself. Some fans will prefer the dedicated machine under their TV. These come in the form of the Xbox Series S|X or the older Xbox One range. Thanks to Microsoft though, you’re now also able to play games on your PC or Phone with the Xbox Game Pass subscription. Just like any other subscription service, you’re also not locked in. Whilst you might find some savings by buying an entire year at a time, you’ll also be able to have a running monthly subscription that can be cancelled at any time. The key focus here is the fact it is an optional and flexible gaming service.

Does it deliver on Microsoft’s promise?

Microsoft of course has their own way of marketing Xbox Game Pass. Do they deliver on these promises? Below are a few of the key advertising points taken from their official website and my thoughts on them:

Overall yes, I think Microsoft really are delivering on their promises. If anything, they’re underselling the amount of content they offer.

What are the different options?

There is a final option not detailed on the graphic above. That is Xbox All Access; a service that grants you Xbox Game Pass Ultimate, but also the Xbox console itself courtesy of a monthly instalment. Only available at select retailers, and of course subject to credit checks relevant to your region. On paper these deals are excellent, priced from £20.99 here in the UK they do offer a slight discount on the overall total. Of course they do come with the huge asterisk that they are ultimately a credit plan; these sorts of plans are not to be taken lightly and should be thought of reflective of your own circumstances.

Where can you play?

I’ve mentioned it quite a few times above, but you can take advantage of Xbox Game Pass across multiple devices:

That’s right, you’ll be able to play games where ever you choose. This means you’re not forced to buy a £450 box to sit under your TV if you’re already the owner of a gaming PC, or you just want to casually dip into games on your phone.

Xbox Game Pass has delivered quality and value since its inception, but there are still areas for Microsoft to improve. One of the biggest issues is the discrepancies between platforms. Often announcements are made about games landing on Xbox Game Pass, but those titles aren’t available for PC or are landing at a later date. For example, we know EA Play is bundled in to Xbox Game Pass for console from the 10th November 2020, but won’t land on PC until “late 2020”. Doom Eternal, now deemed an Xbox Game Studios first party title, landed on Xbox Game Pass but not for PC. It is worth noting the Zenimax/Bethesda deal won’t finalise until mid-2021, but it’s still a sign that the 2 options do have discrepancies. It’s likely this stems from the fact the games need to be on Microsoft’s own storefronts, and PC exclusivity deals with Steam or Epic can get in the way.

On top of that it is early days for Cloud Streaming being a viable option in the gaming space. Cloud Gaming with Xbox Game Pass Ultimate, formerly known as XCloud (and frankly, what I still call it) works brilliantly on my 5G Samsung S20+, but offers inconsistent quality over wi-fi or if my signal dips into the 4G space. The good thing is XCloud is a free add-on to the service. It does, however, make you wonder about how things will grow and how that will impact price in the future.

Also, just like other streaming services, titles can come and go. They do announce in advance titles leaving the platform, and even offer a discount on the digital purchase of those titles. Sometimes though it feels like a big win to get titles like The Witcher 3, Red Dead Redemption 2 or Grand Theft Auto 5… but equally a huge loss when those titles leave the service. With these larger titles it can make you second guess investing a lot of time in to a game, and then losing it before you make it through to the credits. Maybe that’s just me?

Xbox Game Pass really is the best deal in gaming. PlayStation has PSNow and PC has services like Ubisoft+, but they haven’t hit the same level or price balance of what Microsoft is offering. Xbox Game Pass is not only cheaper than most of the competitors, it offers a lot more for the money; key of which are the day one launches of all first party games, and some third party ones too. In this day and age of seeking out bargains, Xbox Game Pass is a must have for any Xbox or PC gamer. Equally the perks, discounts and mobile streaming side offer a very streamlined service which makes it feel almost premium.

In a day and age of financial troubles and being in lockdown, having a cheap and affordable way to access gaming is important. Video games are an expensive hobby, and for some the promise of next gen is too much to invest in. With a monthly subscription, and access to over 100 games (seriously Microsoft, you are underselling yourself there) you’d be mad not to invest. Where games like Spider-Man: Miles Morales or Halo Infinite may be deemed as “system selling games”, I would say Xbox also has Game Pass as a system selling service. Fortunately a system selling service that gives you options if you’re not wanting the Xbox console itself. 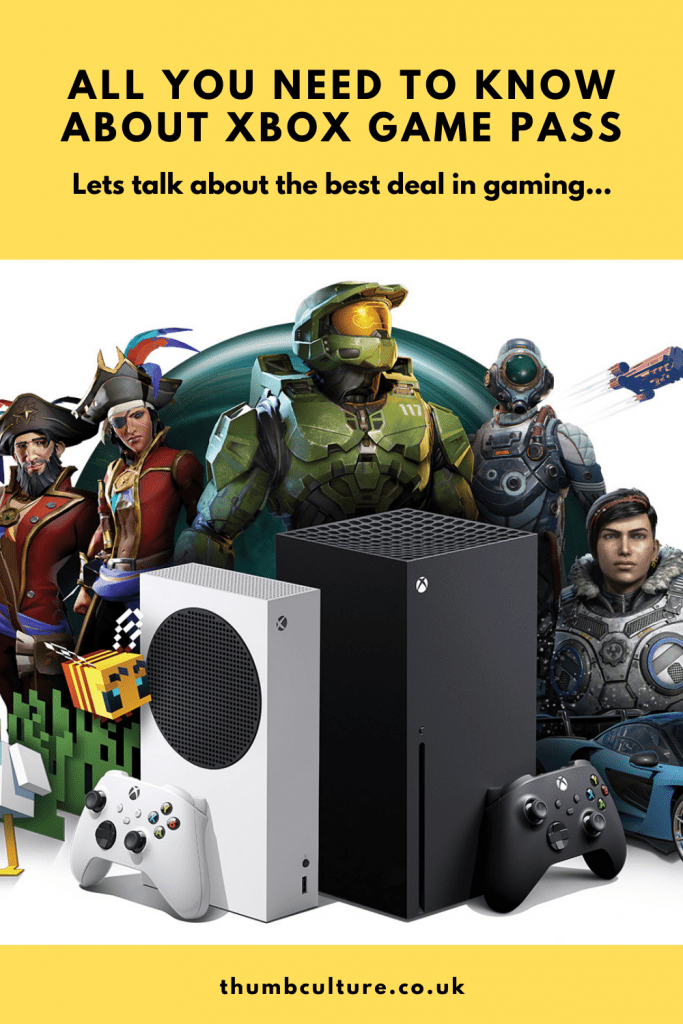