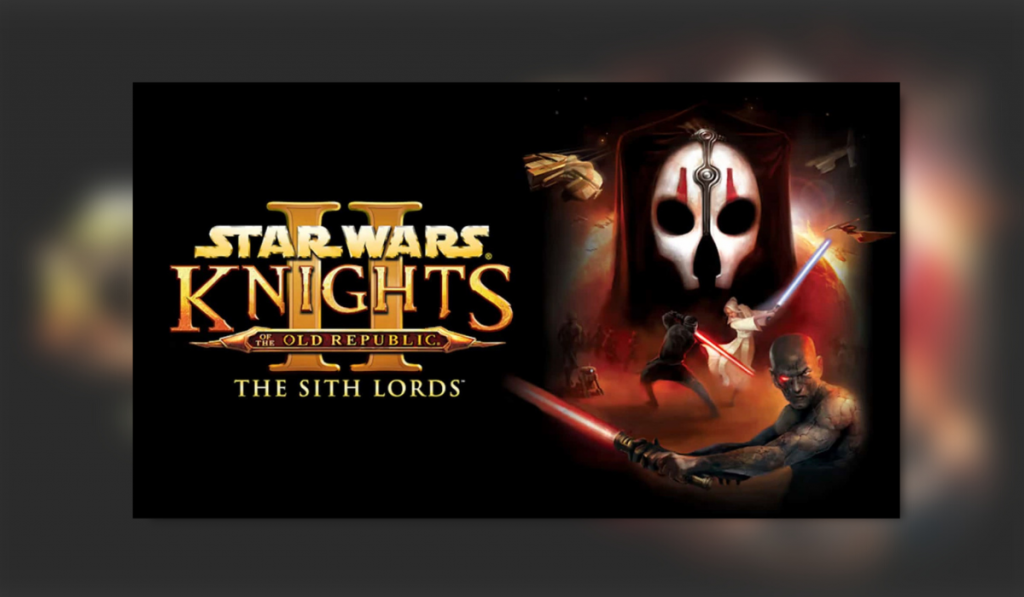 Developed by Aspyr, Obsidian Entertainment and published by Lucasarts. Star Wars Knights Of The Old Republic II is an action RPG that was originally released in December 2004 for the Xbox and PC and later got a port to the Nintendo Switch on the 8th of June 2022.

You ask any Star Wars fan what their favourite video game is that’s part of the franchise and 9 times out of 10 people will say Knights Of The Old Republic. It is regarded as not only one of the best Star Wars games of all time but one of the best RPGs of all time. So it was inevitable that a sequel was going to be released and that’s what we got. But today we take a look at the Nintendo Switch port.

For people who are unfamiliar with the plot. KOTOR2 tells the story of a Jedi in exile who has to find their reconnection to the force. All while travelling to multiple planets, making new friends, getting your abilities back and escaping the hunt from Sith Lords who want you dead.

Almost everything is identical to its original release but with some minor alterations. For one the controls feel way smoother and that doesn’t matter if you are playing the game handheld on in the dock on a tv. The game has had an update since its release and to be honest, it needed it. From graphics to glitches and among other stuff. It was really hard to get into without finding something wrong but now it’s way better and runs faultlessly.

If you’ve played the previous game then you know what to expect story-wise because if there is one thing that single-player Star Wars games get right, it’s the story. It just suckers you in from the very start with its ever-expanding Star Wars universe mythology. One major change in the Switch release is that when you start a new game you already have access to your force abilities.

The combat is paused when you encounter an enemy so you can strategically think about what move to make. Plus the controls feel smoother and lighter which gives it that extra edge over its original. Everything about the gameplay is executed perfectly (Well since the updates anyway) from wielding a lightsaber to shooting a blaster and even the healing animations look a lot better.

As mentioned before when I first played the game it was a bit of a mess. Invisible walls randomly appeared, character glitches, textures not rendering, plus I also experienced some lag. But now the game runs flawlessly without any problem so the developers were quick to make the changes that needed to be done. Gotta give respect to that.

Apart from a few dialogue lines drifting in and out the audio was absolutely fine. For a video game that is almost 20 years old. The voice acting holds up really well and there’s the usual Star Wars-esque music you would expect. It ain’t no John Williams but it’s still great.

This isn’t a game to be taken lightly when it comes to how many hours you can put into it. Star Wars Knights Of The Old Republic II is a very addictive game because of its swift gameplay and amazing story. All I’m saying is that prepare yourself for the long haul with this one. You’ll still be playing it at 3 am so expect a good 40 hours. Probably even more.

My final thought on Star Wars Knights Of The Old Republic II is an absolutely fantastic game. It’s not as good as the first game in the entry but it is a sequel that would make it into any of the Top 10 lists of best sequels. The Nintendo Switch port is perfect for any Star Wars fan, whether you’re playing on tv or laying in bed on the handheld. You will easily blow away hours of your life and it is certainly worth the money.

So for me, Star Wars Knights Of The Old Republic II gets the Thumb Culture Platinum Award, and deservingly so.