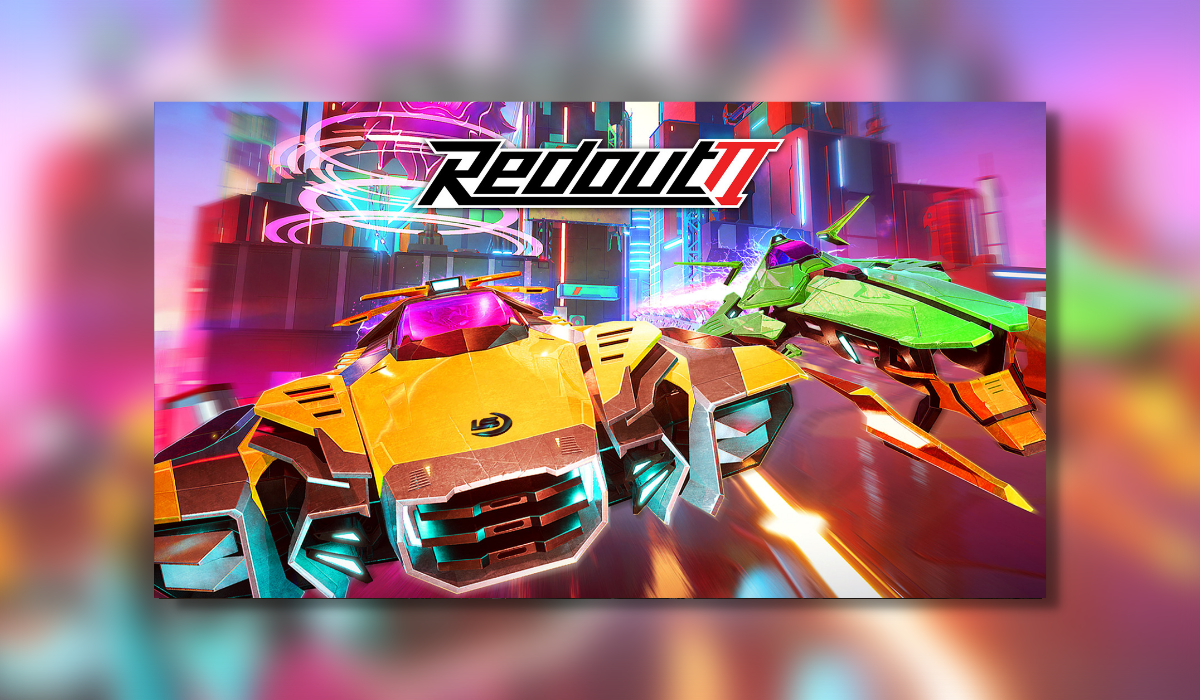 Having cut my teeth in the early PS1 days on the utterly cool Wipeout, I’ve always had an affection for the futuristic “Anti Gravity” racing games. Redout 2 is the follow-up to the 2016 critical hit Redout.

Developed by the small Turin-based team 34BigThings, this sequel aims to deliver more insanely exhilarating racing than its predecessor.

Having not played the original game, I was excited to jump in and rediscover the Anti Gravity genre that I’ve not played since the fantastic Wipeout Omega Collection.

Played here on PS5 the game clocks in at just 14.85GB install size. It’s also available on PS4, Xbox Series X|S, Xbox One and PC via Steam/Epic Game Store. A Nintendo Switch release is also planned down the line.

Let us know in the comments below what your favourite Anti Gravity game is.

Let’s get this out of the way right off the bat. I immediately wondered why the franchise is called Redout and you’re wondering the same right? Well let me enlighten you – Most people have heard of a Blackout (and some have experienced it). Well, a Redout is a phenomenon when the body experiences negative g-forces sufficient enough to drive blood to the head causing reddening of the field of view and headache.

Described by the devs as “The fastest racing game in the universe” Redout 2 really lives up to that moniker. With speeds over 1000 kph, the team have nailed that sense of epic speed that so many racing games fail to achieve. It’s this speed that will have you experience both blackout and redout during gameplay that will affect your ability to navigate the track.

Pilots can race 12 different ships on 36 tracks across 10 unique locations. All tracks are also reversible so there’s a tonne of variety here to challenge and hone your skills. The controls are fully customisable allowing players to map button assignments to their own preference.

Seasoned Wipeout pilots may find it difficult to shift their mindset for racing these ships. Were Wipeout games use airbrakes to get additional steer into cornering, a dual thumbstick implementation is used here. The Left stick steers while the Right stick strafes. It takes a little getting used to.

Soon enough you will be high-speed strafing, boosting, jumping and inverting –  sometimes all at once. Add in tilting up and down to combat the g-forces and you’ve got your hands full.

The boost feature reminds me so much of Motorstorm where overuse of it makes your vehicle explode. Its implementation adds extra challenge as being strategic with the boost is key to success. It would be nice to see some added on-track pickups that would allow you to aid the boost cooldown (ala Motorstorm: Pacific Rift).

Disappointing though is that there are no DualSense features taken advantage of here. The adaptive triggers would be great with extra weight added to the acceleration during a Redout/Blackout. The use of haptics would give each ship a unique feel. Hopefully, these features can be implemented in future patches.

The game is a looker with intensely vibrant colours. The tracks and ships look beautiful but the surrounding environments don’t always look as nice. This is only an issue when travelling slowly as at higher speeds it’s not noticeable.

Performance is buttery smooth and load times are almost non-existent. I didn’t come across any frame rate issues which was impressive given the speeds you can achieve in these futuristic vehicles.

This game cries out to be played with a headset as one of its highlights is its killer soundtrack. Thanks to some clever algorithms, music tracks are mixed in real-time reflecting what’s going on in your race. Even the parts you choose for your ship will have an effect on how the soundtrack is mixed. It’s glorious and has to be experienced first-hand!

The sound design is also beautifully crafted as each ship sounds different and the noise when you pass an opponent sounds so good that you won’t mind being overtaken so you can hear it again and again.

One minor gripe I have with the audio is that there is no option to turn off the menu music. This quickly became like call centre hold music and it would be nice to be able to switch it off completely.

One of the standouts is the track designs and layouts. They are excellent, so varied with each feeling quite unique. Kudos goes to the team for putting so much effort and detail into this aspect as it really heightens the gameplay and the challenge on offer for players.

A massive part of honing one’s skills will be learning the various track layouts and knowing how to carry speed through the many twists, turns loops and jumps. Mastery paired with the right ship loadout and you’re in for some very satisfying badass racing.

One issue that I found with jumps was sometimes it was very difficult to spot landing points but this may come with a more refined skill set.

Beginning the career mode pilots are taken through their paces in Trials – the game’s tutorial if you will. This also doubles as an assessment of the player’s skills with some auto-optimization of assists upon completion. The assists menu is fully customisable, a handy feature for newcomers to the genre who want that extra helping hand.

There are new teams to unlock, parts to acquire to enhance the performance of ships, plus liveries, colour schemes and body aesthetics to express your creativity/personality.

The career structure feels somewhat disjointed and just feels like a collection of races with nothing tying them into a cohesive season or league. The idea of the individual race challenges for stars is good but there’s a true campaign lacking here. There is potential with the world being fleshed out with backstory to the locations, big corporations and teams all a nice touch to add some lore and depth to the racing. They’re definitely onto something here.

One annoying thing with the career mode is that you cant just click a button from the menu to take a look at your ship and make some adjustments. You have to select an event/race first before getting the option. This would be a welcome improvement.

It’s also annoying having to scroll through all the locked liveries/colour schemes to find the ones already owned. Either give a filter option or just hide everything that is locked. Minor gripes but these quality of life details add up.

I initially had serious issues with matchmaking where I couldn’t connect to online races at all with multiple attempts across a few days. Thankfully, while not perfect, this issue has greatly improved. At the time of writing only unranked races are available with ranked races “Coming Soon”.

My limited experience with the multiplayer was that it ran just as smoothly as the single-player component. I was however dropped into a race mid-way through the session on one occasion which was odd but I still had fun nonetheless. You can also activate matchmaking which runs in the background and continue your single-player endeavours until you get notified that an online race has been found. A very welcome feature.

Redout 2 offers some serious bang for its buck with it being nicely priced at €29.99/£24.99. There’s plenty here to keep the avid racer entertained with 1,434 stars to achieve through the career mode. These can be obtained across various events, races and challenges through 6 leagues – Trials, B League, A League, S League and SRRL Invitational. Each with increasing difficulty and mastery of skills required.

Add in the Arcade mode and multiplayer and you’ve got yourself a pretty meaty package.

For trophy hunters, there are 53 trophies including a Platinum, some of which are tied to the multiplayer component.

Redout 2 does a lot of things right. It so excellently captures the sense of speed, the sound design and soundtrack are phenomenal and it runs like a dream. It does however fall down in some critical areas, most notably the career mode and extremely steep learning curve, that could turn off newcomers to the franchise.

Once over that steep learning curve though it delivers a crisp, smooth and rewarding experience that will have you beaming when you start to master it.

Hopefully, the talented team at 34BigThings bring some additional features and tweaks to the game with future updates. I applaud what they have achieved here and would love to see them entrusted with making a new Wipeout game. They would bring some fresh ideas to the franchise.