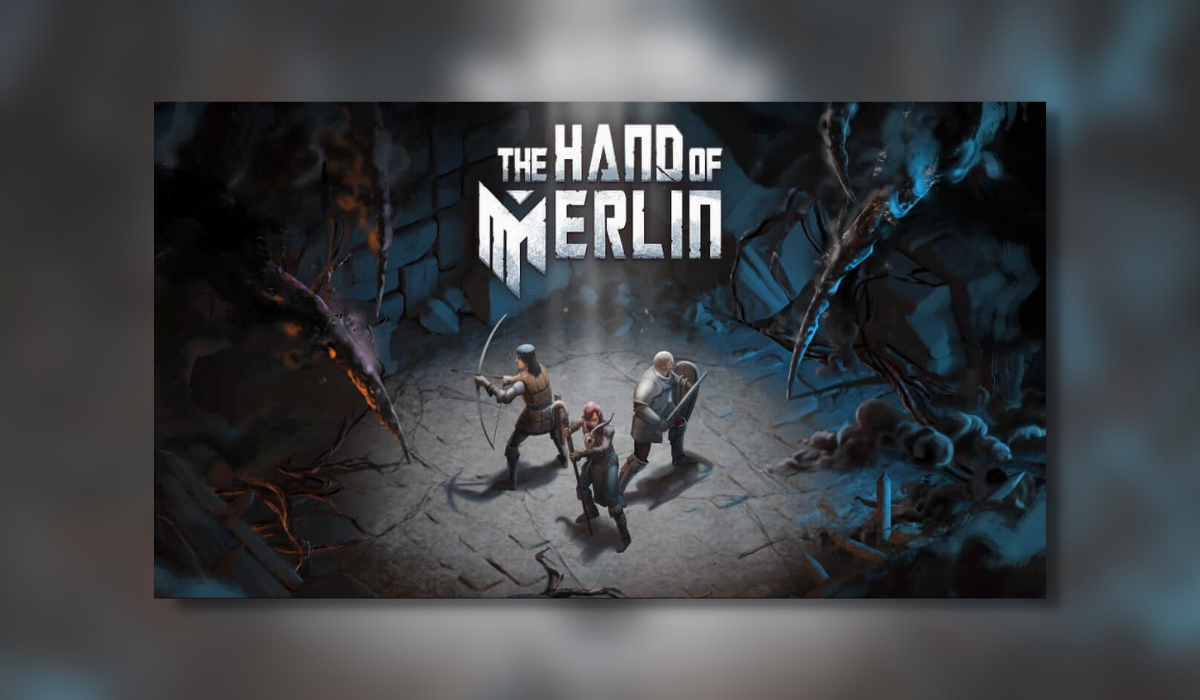 Developed by Room C Games, Croteam and published by Versus Evil. The Hand of Merlin is a turn-based RPG set in Arthurian times. It was released on Xbox One, Series S/X, Playstation 4/5, Nintendo Switch and PC on the 14th of June 2022.

The Hand of Merlin – Marvelous Enough To Make A King Proud

If there is one genre I love when it comes to gaming, it has to be tactical turn-based RPGs. I could play these kinds of games all day which also makes me very sceptical when a new one is released because it is either very good or very bad. There’s no in-between, but having characters from the age of Merlin was too good to pass up.

If you enjoyed this review then you can check out my previous one here. You can also catch up with what the rest of the Thumb Culture team is up to on our social media. So let’s crack on with this The Hand of Merlin review.

The Hand of Merlin follows the story of three heroes on an adventure from Albion to Jerusalem. You travel through the multiverse to find lost fragments of your soul and defeat some seriously bad horrors along the way. The overhead view is the same as any other tactical turn-based game so there’s nothing new there. This is good because why would you change something that is already a staple of the genre.

What I do like about the game is that it has a roguelike feel to it. There are many different path branches that you can take and each one leaves you with a different perspective of the story. For a game of this genre to only have 3 characters is quite the gamble because you would probably be used to recruiting people and training them up. The Hand of Merlin is different as you only get three characters and they are all crucial to the plot.

Levelling up and upgrading everyone’s abilities is quite interesting because of the skills you use. You have to choose between three random cards that each have a different skill and ability. Levelling up your core stats is the same as any other game in the genre. Spending points on HP, defence, agility, you know the usual. Along the way, you are also on the lookout for relics which enhance your skills.

These relics along with weapons and armour can be found from merchants in each town or earned through acts of heroism – or displays of wit. What I really love about The Hand of Merlin is that it has its own multiverse and it’s just as bonkers as it sounds. Each passing day plunges the world into darkness as you jump from one parallel dimension to the next, and history is reshaped.

Different kings rule the land, changing the encounters, characters, and events. No two worlds are ever quite the same, and each journey is unique. Even if you are defeated in battle you are just thrown into the next dimension. It’s something that needs to be played to believe.

The graphics are great and run really smoothly. I know it sounds stupid but I think if the graphics were in the style of 16bit then it would just put the cherry on the cake. Not saying the graphics alter the game in any way as the art and environment are really well done. The monsters and demons you face give it more of a scare factor as well.

The audio isn’t too bad. The main introduction to the game has a voiceover that explains the story but that’s all the voice acting there is. Nothing really can be said about all the audio as the only sounds you will hear will be the environment breaking or the death of an enemy.

The Hand of Merlin isn’t short on gameplay and gives you the option to do stuff. The main story itself can easily set you back a good 20 hours. Maybe more depending on the way you approach the game. I suppose if you take the easier options when it comes to encounters and different path branches then your time could be quicker. But it’s a game you don’t need to rush. So take it all in.

My final thought on The Hand of Merlin is that it is a fantastic game and is executed really well. From the designs of the environments to the core gameplay. The story is riveting and is not like any other turn-based tactical RPG that I can think of. If you are a fan of this genre of video games then this is definitely one for you. Take in the story, have a laugh, and get slaying. You’ve earned it.

So it’s a pleasure for me to give The Hand of Merlin the Thumb Culture Platinum Award.