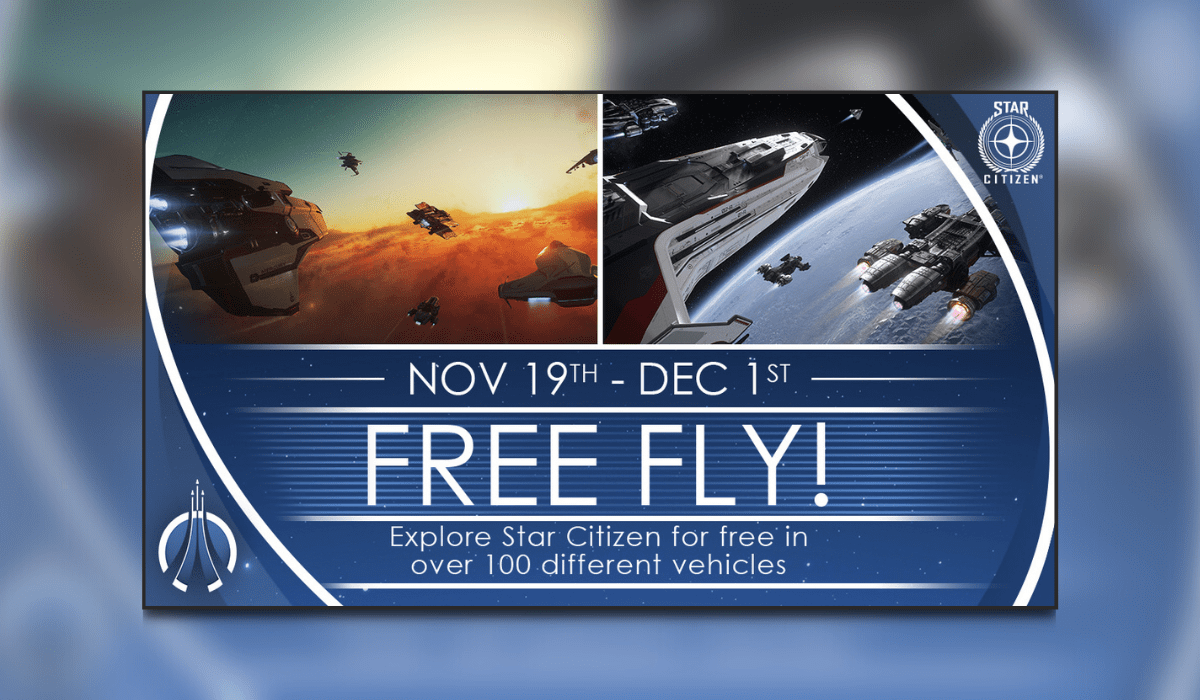 Awesome news for players of Star Citizen! During the Intergalactic Aerospace Expo, the game will be free-to-play. The IAE began on November 19th and will run until the 1st of December, during which time players can jump into Star Citizen for free.

Celebrate The IAE In Style

The Intergalactic Aerospace Expo will reveal six new ships to players. Alongside a variety of extra surprises, ships named so far are the Aegis Redeemer, Ares Ion and Ares Inferno.

There are new manufacturers opening their show halls at the IAE every day of the event, so keep your eyes peeled for new ships to try out.

Additionally, players can look forward to the reveal of the exclusive ship skins and in-game leather jackets awarded to the four finalists of Star Citizen’s recent Ship Showdown event. In addition, the Ship Showdown winner, the MPUV Cargo (and its cult following) will receive a manufacturer-themed in-game backpack.

Players will also be able to try out over 120 flyable ships during the event period. Best of all, test flights for these ships are also free!

There’s never been a better time to jump into the world of Star Citizen. You can watch the Expo announcement here, and let us know in the comments if you’ll be playing during the free event period!