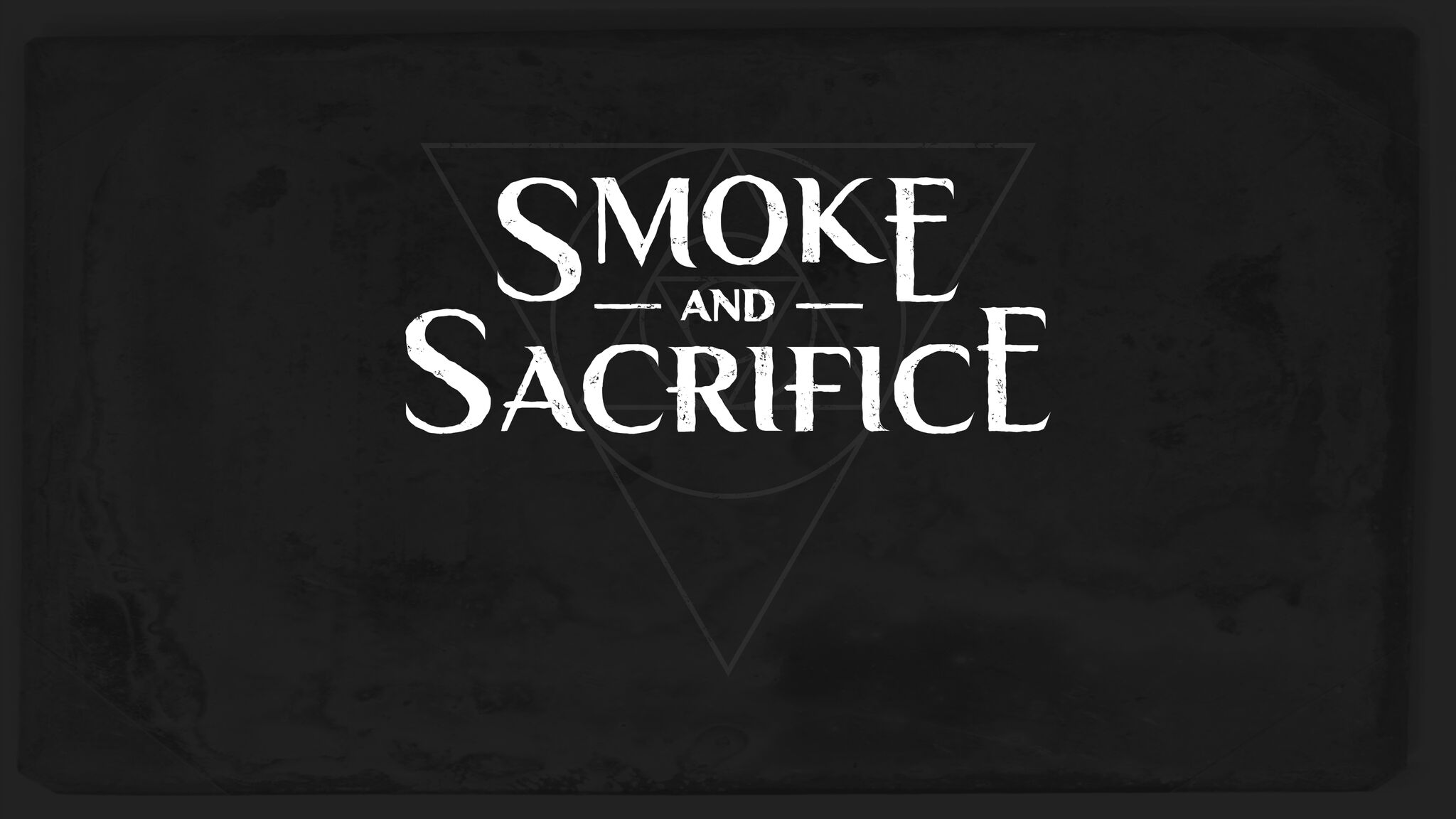 O man that looks like a cool area -dead, reload save- O wow look at that creature I wonder what it -dead, reload save- ALRIGHT WE ARE GONNA STAND STILL! -dead, reload save-…..Welcome to the wonderful world of Smoke and Sacrifice developed by Solar Sail Studio and published by Cure Digital of the Nintendo Switch and on Steam. Pull up your chair, ready your eyes, and lets dive into my review!

Smoke and Sacrifice is a top down, survival, crafting, open world, don’t die, narrative driven RPG. You start off the game as the female protagonist Sachi working in a field. You are told to go fetch your child for the rite of the first born. Already in my head I know nothing good is coming from this. From that point on the story is bleak and dark because you sacrifice your first born to the sun tree that acts as the source of safety and light for your small community. You are fighting for survival.  There is no hand holding and exploring is both rewarded and harshly punished. Smoke and Sacrifice has such a steep learning curve it almost becomes a wall. However, if you persevere and overcome you will be rewarded with a dark and exciting story. Saying that everything else in Smoke and Sacrifice is hard. So lets get talking about it.

Smoke and Sacrifice forces you to test everything. Whether its testing a new areas ground to see if its safe to walk on, to finding out if the glowing red jellyfish are gonna attack you or not. I couldn’t even begin to tell you how many times I died. After many hours of gameplay it felt like I needed to experiment with everything, cause once i figured one enemy out a new one would appear. As you move around the map you have a day and night cycle. During the day time things are clear, monsters are easy to see, and all seems somewhat normal. Night time is a different issue. A dark smoke chokes and strangles you. You can make a lantern to keep you safe, however like all the other items in game they expire. It is a up hill battle just to get from save point to save point. The only way to recover health is by eating, meanwhile most if not all things are trying to kill you.

I suggest buckling down and searching online as Smoke and Sacrifice has a guide as well given to you from the studio. May seem not that important but finding out that the items you collected can expire and other fun facts like how to dodge the same attack over and over again is great. A lot of my time playing was spent just dying. This game was brutal to me. It was always fun but man did I get saltier than a two for one daiquiri. Every time I thought I was making progress I died, and I am super bad at saving. SAVE POINTS ARE YOUR LIFE LINE! I can not say that enough. If you go get any items save, if you move two steps forward and two steps back save, because things will attack you and you will die. Despite the constant stream of deaths I still had fun exploring and seeing the hand drawn beautiful graphics.

Smoke and Sacrifice looks amazing in everything it does. It is all hand-drawn graphics and the detail put into everything is stunning. I loved the way characters move and the animation behind almost every object. It gives you this dark Gothic feel everywhere you go. This also allows Smoke and Sacrifice to not be to demanding on your computer as I was easily able to play it on high graphics while streaming. I never had trouble distinguishing anything in the background even though most things are painted dark and dreary. The map is one giant area and has various biomes each with its own creatures and risk. It really is a beautiful game.

The in-game music is mood setting and doesn’t try to distract you. All the creatures and actions taken in the game have their own sound effects. It is nothing special or mind blowing but it all fits together nicely as you play. It simple, rustic, great to really sit down and grind to without becoming this boring set of beeps and boops.

The story mode takes around 40 hours. However depending on how bad you are and if you just rush through it can change the pacing of your game. I imagine people will come back to replay it either to find recipes they missed or to take their knowledge and apply it early on instead of dying all the time (WHICH IS WHAT I DID!) It is a fun game, that with updates will stay on a steady rotation of games I come back to play.

Smoke and Sacrifice is a beautiful indie game that makes me want to pound my head into the nearest wall and still come back for more. Once you figure out something it feels like the happiest day until you come across the next challenge. If your looking for something that feels like a mix of Dark Souls and Don’t Starve then this is the game for you. Its fun, frustrating, and mind melting but you will love it. All in all I give Smoke and Sacrifice The Thumb Culture Gold Award.