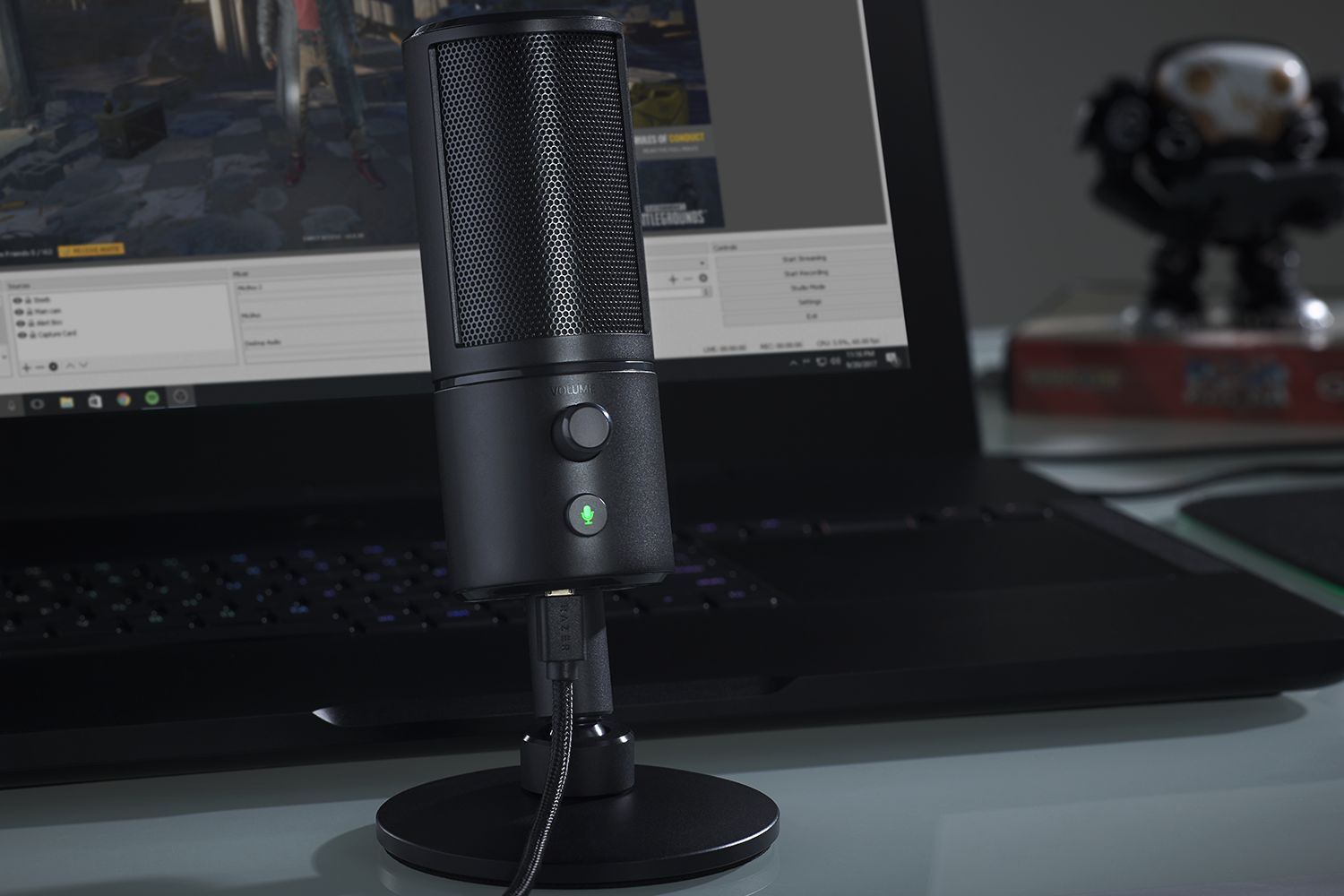 So we recently got our hands on the Razer Seiren X Gaming microphone and put it to work straight away.

So as always with every Razer product, the unboxing is a very nice experience. Sliding back the flaps….on the box you are greeted with the standard “Welcome to the Razer Family” message, underneath you find the Razer Seiren X microphone, sitting there all pristine and delicious. Its cylindrical shape and solid metal base gives that premium feel, so when its sitting in front of you on your desk, you know you are in for a treat of an experience.

Setting up the Razer Seiren X couldn’t be easier. Screw the base into the main unit, unless you are going to mount it on a boom arm, then using the bundled USB cable, you just stick it in…..Let your computer do its thing and install the drivers and you are away.

So lets take a look at the main features of the Razer Seiren X Gaming Microphone.

Lets take a look at some of these features. The word Supercardioid might sound like a condition you might suffer from, in fact it is the shape of the microphone’s pick up pattern, which helps to reduce background noise by reducing the recording angle giving you a nice clear voice for your audience.

With the built in shock mount you don’t have to worry about giving your deck a little nudge now and again, obviously with big knocks come noise, but the general little vibrations are completely removed from your audio. Allowing you to get a little excited when you get that squad kill on Fortnite.

With the mute button you can quickly turn off your audio if you need to sneeze, cough, talk to someone, or generally shout expletives without your stream hearing you lose your cool.

Then with the ability to plug a separate headset into the monitoring point it gives you the ability to hear yourself using mic monitoring. This is incredibly useful if you don’t have this setting on your headset, stopping you from being all shouty and annoying the neighbours.

Using this mic during recent streams over on Twitch has been great, the audio quality is clear and crisp. Viewers often asked what mic was in use and complimented on the sound quality.

Being able to use the microphone for recording gameplay videos as well as streaming also gives great professional sound to all voice overs for YouTube videos. It all performs brilliantly, it picks up all the sound that you need too.

The Razer Seiren X has a small form factor as well, so you are getting an incredibly impressive piece of audio technology in such a small package. So when it sits on your desk your sight wont be hindered by a mic in front of you. Instead you could almost miss it on your desk if you weren’t aware of what it was.

With the final ability to tilt the microphone slightly you can always be assured that the Razer Seiren X will pick up only the audio that you want it to.

With the small portable form factor and the impressive audio quality the Razer Seiren X is an absolute must for anyone looking to upgrade their streaming mic, or even if you do voice overs for YouTube.

Disclaimer: We received a review unit to carry out this review.