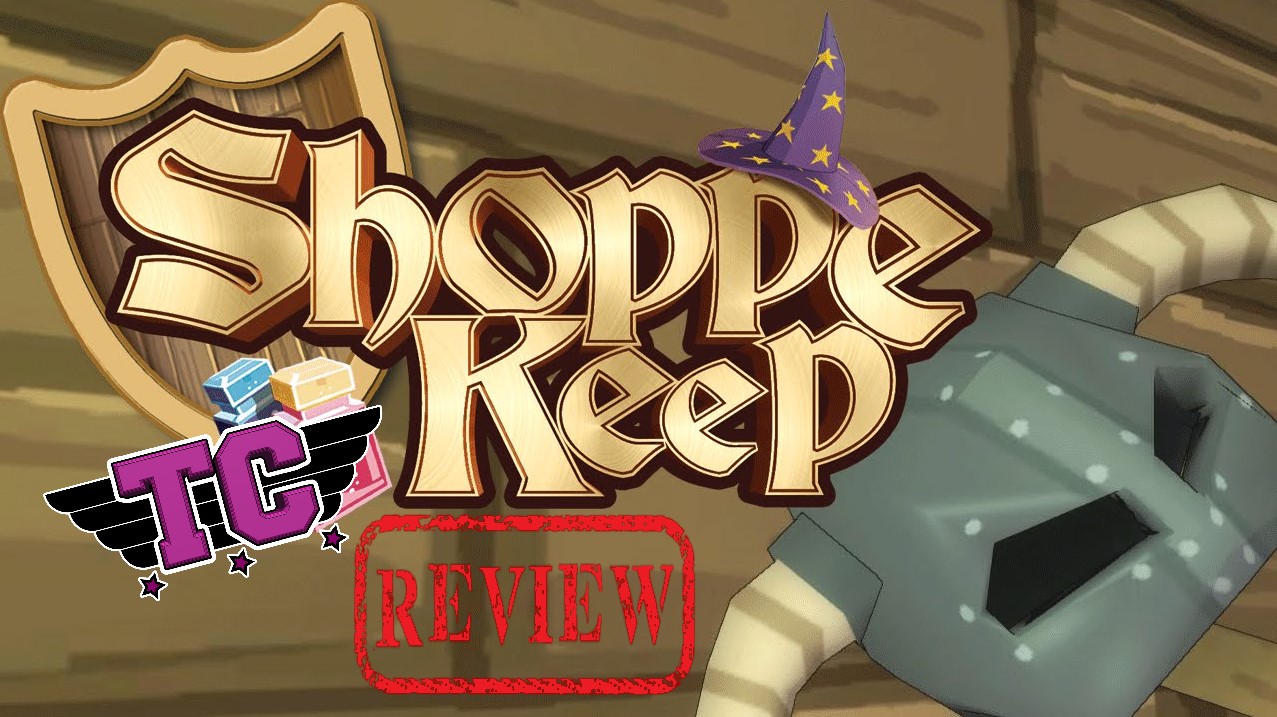 The IndieDB Game of the Year Nominee Shoppe Keep has finally come to PS4. For those of you not already familiar with the title on other platforms. Shoppe Keep is a Retail Strategy game developed by Strangefire Studios and published by Excalibur Games. Where you take on the challenges of running a Fantasy Retail Business.

This is actually my first foray into this world as although I was familiar with Shoppe Keep, it wasn’t a title I had ever actually picked up and played. So my opinion here is purely based on the PS4 version as I cannot compare it to the other releases. However, I did hear some very good things from a few friends that had the PC version. So let’s see how much Gold its actually worth.

Ok. So before we get into the details of Shoppe Keep. I feel I need to tell you that for this review I’m going to have to split this section in two. Firstly the Main Menu / Tutorial then onto the usual parts as there is something that i think is important for you all to know. At the beginning of loading the game up. You’re greeted with a nice looking menu as you would expect and the first thing that caught my eye was a dedicated Tutorial option. So I thought great! Perfect for someone who hasn’t played before…

Err maybe not. Perhaps it was my expectations being too high. But I expected either a brief gameplay snippet walking you through the day to day challenges. Or even a little video showing you how to get started. What I got was a slap in the face by a giant wall of text. Thanks!

For those of you that know me, you will know I hate reading when I should be gaming (with the exception of in-game lore). So I decided to close this and just feel my way through the game as I progressed. To my surprise, this actually works. There are a few in-game pop-ups to guide you every so often when something new happens.

So with that being said. I arrived at the Character Creation screen. Which, while very simplistic I found quite enjoyable. It was refreshing to not have to wade through all the settings of ‘how high should your left eye be’. I was quickly finished and launched straight into running my own business (See my lovely Shopkeeper below)

So once my shop was set up I was ready to tackle the day to day upkeep. This is where the problems started unfortunately. There were a number of glitches and issues where I ended up completely stuck. At one point I made the mistake of thinking i could stand by the door to greet my customers. I ended up stuck between the door and the wall until closing time. Helpless to just watch people steal all my stock.

This was extremely annoying to me. As while it was working, I was actually pleasantly surprised by how much fun it was doing something so simple (in gameplay terms). I Eventually managed to go from a small empty room to actually looking like a retail establishment.

While on the subject of people stealing my goods, one of my favourite parts of Shoppe Keep so far is the way they handle thieves. When you spot one you charge them down in a first-person action RPG style. Kill them and take back your goods with either a sword/Axe or some magic (Then sweep away the bones as a good serial killer would!)

I am a big fan of the Visuals on this game as they fit perfectly with its style. Don’t get me wrong, they aren’t going to stand up to something like The Witcher. But that’s not the aim. The game doesn’t take itself too seriously (Hell you can flip the bird to your customers) and that’s why its so charming overall. It has a sort of Minecraftesque (if that’s a word) feel to the buildings and items which give it a quirky atmosphere perfect for a Fantasy Retail Store.

As I mentioned above, it isn’t without its flaws, I’ve had instances where I’ve stocked shelves to find an item fall through into the abyss. Both costing my store time and money (especially annoying when its a more expensive item).

I really do hope these issues will be things that can be fixed by an update. They are minor things that cause serious grief in this type of game.

I’m very undecided here. There isn’t too much to talk about as the music and general sounds of the game fit well with its style. There just isn’t a great deal of variety. Most Characters sound the same. The Actions you take generally sound the same and the store Music is usually a generic Medieval style piece.  However, I really couldn’t tell you if it was the same piece of music over and over as it just blends into the background.

With Shoppe Keep I feel like this section is like saying ‘how long is a piece of string?’ People who enjoy this style of game will find plenty here to keep them busy from store expansions to different customer bases (Warrior/Rogue/Mage etc.) all with their own unique challenge. But.. (I hate a big but in a review!) For the average gamer, in my opinion, this is going to be a game to pick up every so often and casually have a bit of fun with.

Is this going to be become a game for people looking to get easy platinum? (Yes Tell-tale games I’m referring to you). I’m going to say no. None of the trophies are exactly difficult, they will just take a lot of time and some serious grinding to get there. For you Trophy hunters out there, this game has 27 ready and waiting for you!

Shoppe Keep is a fun game for anyone to pick up. For the price point, I would recommend to try it out. Yes, it has its problems, some of them very annoying at times. But we’re not talking about an A List title here so it is to be expected.

After my time running a business in this world I believe Shoppe Keep has earned the Thumb Culture Silver Award.