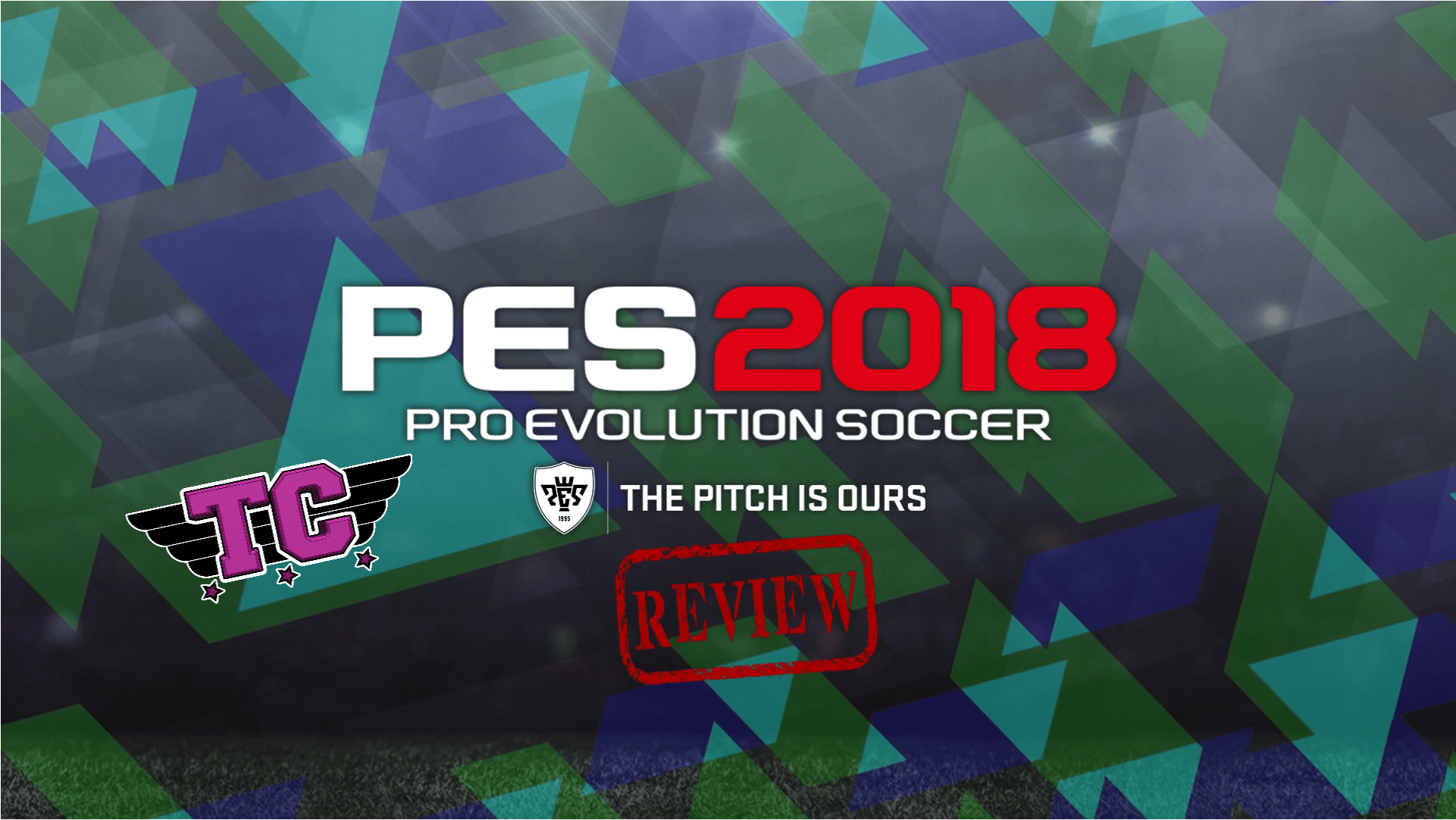 As someone who has been a keen PES player since its first release back in 2001 (when it emerged like the Phoenix from the ashes of International Superstar Soccer). This is a review I’ve been looking forward to doing. The release of these games reminds of the start of a real football season when you have the hopes and dreams of your team pulling something out to amaze you. Have Konami done that to us this year? Well let’s find out…

So this year PES has given us much of the same as last year in terms of what is included in this title. There are the usual Exhibition games, tournaments (Both online and Offline) as well as the ‘Career options’ (Become a Legend, Master League, My Club). None of this is exactly new so what have they done to impress us and tempt us into buying this year’s edition?

Well let’s start with the Menu’s. Sorry Konami, I think you dropped the ball here. They are pretty much identical to last year (See the PIP image below of both 2017 and 2018). Ok, that’s not exactly a bad thing as they work fine but it doesn’t give me that feeling of something nice and new that I’ve spent my hard earned money on. Give me something that at least feels like a new game and not something I’ve been playing for 12 months already.

Now I’ve had my little rant for the day, onto the meaty part of the gameplay and really what’s most important, the actual game of football. It actually feels pretty good. The movement is smooth, the dodgy AI decisions are limited (not gone completely – See the great Keeper decision in the video below), and it actually feels like teams play in their own unique styles which is something that has long been a problem to me.

Don’t get me wrong it’s not perfect. There are still moments where you will push a button and expect a cross to come in but instead it will just run out of play. There are the odd issues with movement where you change direction quickly and the player will just fall over. However, the truth of the matter is I don’t think a football game will ever be perfect due to the fluidity of the game. All of these problems are things we see on TV by the real professionals! Hell the referees can’t get it right in real life either! So what chance does a game have?

Part of where this game shines is online (with a decent connection) or multiplayer with a bunch of friends around, and this is how it should be. Football is a team sport and therefore in my eyes the game should be a team game.

The Graphics on PES have never been one to disappoint me, and this is no different. It looks smooth, clean and crisp across the board. Even on the menu’s (where they have decided to make a change).

The Player Create function this year looks very nice (my player is shown in the image below). While it is limited in the options available. In my opinion it’s not missing much. It just seems to have had some of the clutter removed.

As mentioned in the gameplay earlier. They have eliminated a number of issues with the player movement. This is also evident in the graphics. Player animations no longer freeze and jerk when trying to do something the AI isn’t expecting. New animations have been added to make this all appear fluid as it would be on TV.

One of the main problems I hear from people when I mention PES over FIFA is: ‘But PES doesn’t have the official Licences’. Yes, this is true. However, what I will say is that the edit mode as usual gives plenty of options to fix this. With a little patience the teams can be corrected (I have done it myself).

As in 2017, the bulk of the audio for the menu is provided by a ‘soundtrack’ of established artists. With songs that the majority of people will know. This is completely customizable and any tracks you don’t like can be removed easily within the options. It is a shame that on newer versions of PES that you can’t create your own soundtrack using a USB drive. (I did find an article online elsewhere that claimed to have the solution for this – Please note I did not try this so if you do look for it try at your own risk).

There isn’t much to say about the match audio to be honest. The crowd noise is the same as usual. It could potentially even be the same recording from last year. But it doesn’t impact much of the enjoyment regardless.

The most annoying thing I find with PES and this year is no different is the Commentary provided by Jim Beglin and Peter Drury. I know they can only provide so many lines. but for god’s sake please add some new ones!! Not to mention get the commentary to match up with what has happened! 4-0 at half time and ‘it’s a close game where neither side can take control’. This isn’t a new problem, but it does seem to be a problem that Konami constantly overlook.

What can you say here other than its a sports game? There are plenty of hours worth of gameplay in the career modes alone. Plus all the additional hours that you will spend both on and offline in the other more casual modes. I wouldn’t say there is a story that is going to keep you enthralled from start to finish. But no 2 careers will really be the same without being too different.

Trophy hunters will be happy as is normally the case with PES. There are an abundance of trophies that cover everything from first game. To winning online tournaments and being named player of the year. So I think there is plenty to keep any gamer busy until the next edition is released.

PES 2018 is a very solid entry into the Football Gaming Genre and it ticks 90% of the boxes for me. So it’s on its way to being a great game. I just can’t seem to overlook the very simple things that Konami just haven’t done to get over that line for it to be a classic in my opinion. It is a very enjoyable and addictive game (which is the main thing). I think people will get a lot of playtime out of it, but will be very annoyed by the same issues that seem to plague every PES release (Goalkeepers, Commentry etc.). As well as the amount of things that are identical to the 2017 release (which is much cheaper). Unfortunately, because of these issues, I can’t give it the Platinum award.