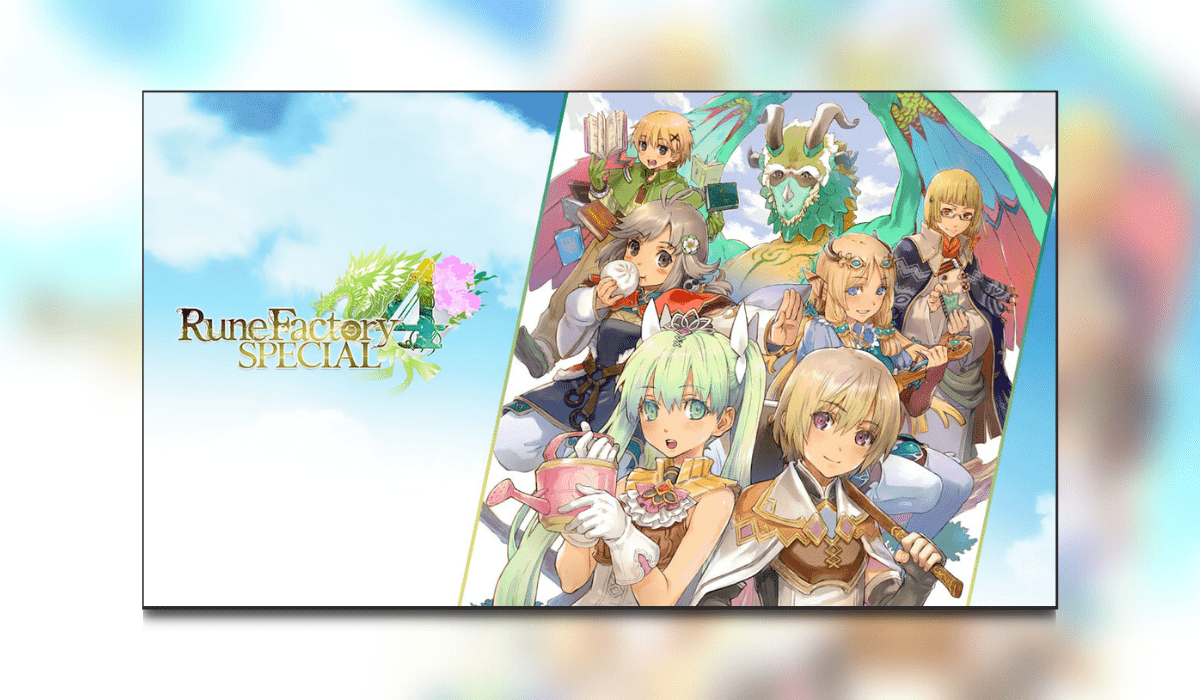 It was released on the Playstation 4, Nintendo Switch, Xbox One, Xbox One Series S/X, and PC.

Rune Factory 4 Special – The Old One’s Are The Best

When I saw that this absolutely brilliant JRPG was getting a console release and it was adding some new content. I just had to have it. There are many games that have fallen under the same category. Animal Crossing, Harvest Moon, and Stardew Valley just to name a few but I always had a fondness for the Rune Factory series.

So if you enjoy this review then why not check out my previous one here. You can also catch up with what the rest of the Thumb Culture team are up to on our social media. So without further ado. Let’s start this Rune Factory 4 Special Review.

I still remember playing this when it was first released for the Nintendo 3DS. Ploughing well over 100 hours into it because it felt like the game that just kept on giving. Once again 10 years later I get to experience it once again but on the Xbox Series X.

Rune Factory 4 Special puts you in the shoes of a character who has lost their memory due to falling out of an airship. Where you land in the town of Selphia, ruled by the dragon Ventuswill. You have been given the title of Princess or Prince depending on your character gender and you begin your new life by developing the town, exploring nearby dungeons, crafting weapons and armour. While also taking on tasks from the townsfolk to keep them happy.

There is so much to do in this game it will make your head spin. Farming which is one of the main things in the Rune Factory series is perfectly executed once again. It doesn’t really feel like a chore compared to other games that are the same. Instead of livestock, you get to catch and raise monsters. These monsters can also aid you in battle.

Making friends is also a must as not only do you get quests and requests from the townsfolk. You can also build up a relationship where some will help you in battle when it comes to the harder dungeons of the game. These people can also become more than friends if you know what I mean.

While the start of the game can be a bit of a drag as there are only certain things you do. It doesn’t deter from the rest of the game as later on then is plenty to do. You get the freedom to do as you please. As usual within the series. The game is run on a seasonal clock so growing certain crops and participating in seasonal activities is on a limited timeframe.

Now the main aspect of Rune Factory 4 Special is in the name. It’s special and that’s what sets it apart from its original 3DS counterpart. This version gives you the chance to play the game on a harder difficulty and there are lots of new cutscenes. There is also an opening sequence that has been updated with better graphics that bring a whole load of joy to picking this up again.

On top of this, there is the Newlywed Mode where there are 13 fully voiced episodes narrated by the dragon Ventuswill. So there is a lot to keep you occupied for a long time.

Ok, so I’m a little hit and miss when it comes to the graphics. The updated cutscenes are fantastic with the usual anime style that we all love. But when it comes to the actual gameplay I’m still on the fence. I’m a retro gamer at heart so seeing that the overall graphics are the same as the 3DS version fills me with glee. Yet, on the other hand, I just can’t help but feel that maybe all the graphics should have been updated for this generation’s console.

The audio is as you would expect in a JRPG. It is absolutely fantastic. One of the best soundtracks out there. It is just that good everybody needs to listen to it at least once in their life. While there was a couple of abrupt song endings. I found no problem with both the graphics and audio.

Giving a game like Rune Factory 4 Special a specific time to complete is just madness. The amount of content that is on offer is enough to keep you going for at least 100 hours. Even after that amount, I’m positive that anyone will be able to experience everything in the game.

It’s not a game that you can finish within a week or a month. You are in for the long haul with this one. I am confident I will still be playing this game from time to time twelve months from now.

My final thought for Rune Factory 4 Special is that it is the game that just keeps on giving. While the early stages of the game can be a bit of a drag. The overall aspect of the game is just in another league of its own. It stays pinpoint perfect to the original on the Nintendo 3DS which is great and with the extra game modes and content. This is an absolute must for any JRPG fan. Everyone needs to experience this game at least once. So please do yourself a favour and just give it a try.

It’s with this that I am going to give Rune Factory 4 Special the Thumb Culture Platinum Award and so rightly deserved it is.