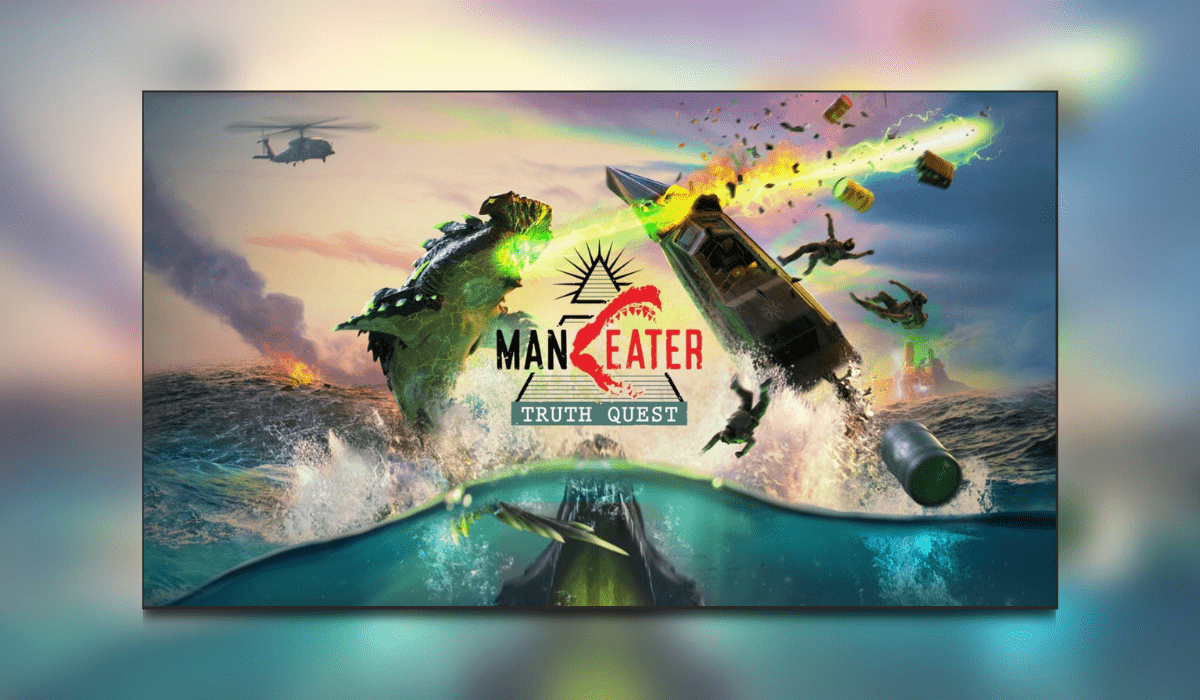 Developed and published by Tripwire Interactive. Maneater: Truth Quest is the DLC to the hugely popular video game Maneater. Released on Playstation 4/5,  Xbox One, Xbox Series S/X, and PC on 31st of August 2021.

Maneater: Truth Quest – It’s Never Save To Go Back In The Water

When I first played Maneater I was absolutely amazing at how a game where you play as a shark could be. It blew me away at how good it was and when I finished it. I remember thinking that it had so much to offer and I couldn’t wait to see if they were going to release some DLC for the game. Well in August I got my wish as the Truth Quest DLC was released.

So let’s jump back in the water and take a chunk out of this DLC, shall we? If you enjoyed this review then why not check out my review for the base game of Maneater here. You can also check out what the rest of the Thumb Culture team are up to on our social media.

So here we go again. Once again thrown into some mayhem with the shark everyone loves. But now it’s the Truth Quest DLC that gets some carnage. The story picks up from the base game where our beloved shark (I named mine Betty) has survived the blast from Scaly Pete. But this time we head to new waters in the form of Plover Island. Only this time it isn’t a man that is the threat.

A new and extremely powerful predator has come to take over your apex predator status. It feels great to be back in the water and even not playing the game in a while it’s all just naturally came flowing back. The new map Plover Bay is actually quite big but it still doesn’t take very long to become very familiar with it.

There are some new predators to take on that can pose a bit of a challenge straight away but leveling up will soon sort that out. Along with leveling up, you can also learn some new abilities and new body parts to equip to help you bring back some dominance to the area.

While the Maneater base game offered so much to do I was expecting the same from its DLC but I was wrong. While the Truth Quest is fun and the story is interesting. I just feel the lack of content is really letting it down. There are the usual signposts and treasure boxes to smash that are scattered around the island but it just goes by way too quickly.

There isn’t really too much to add from the original review when it comes to graphics and audio. Playing on the Series X does make a bit of a difference as it feels smoother and sharper.

The same can be said about the audio but apart from that. Both graphics and audio were great and ran without any problems at all.

Now while Maneater itself had a very lengthy playtime. The same cant be said about the Truth Quest DLC. A full playthrough of it can last about an hour. Bearing in mind that if you want to get all the collectibles as well then it will only take you around 90 minutes to fully complete.

Everything about the DLC is great but the playtime is extremely short. It’s been a while since I’ve played some DLC and the content was really lacking. Once again the potential is there to do so much with Maneater but Truth Quest really fails in the content department.

My final thought on Maneater: Truth Quest DLC is that while I had a blast with it and it was great to swim around again and cause some carnage. The playtime just isn’t long enough for me I’m afraid. Once you get into it and start to really like it. The game just ends and it’s a real letdown.

So with that in mind, I’m going to give Maneater: Truth Quest DLC the Thumb Culture Silver Award.