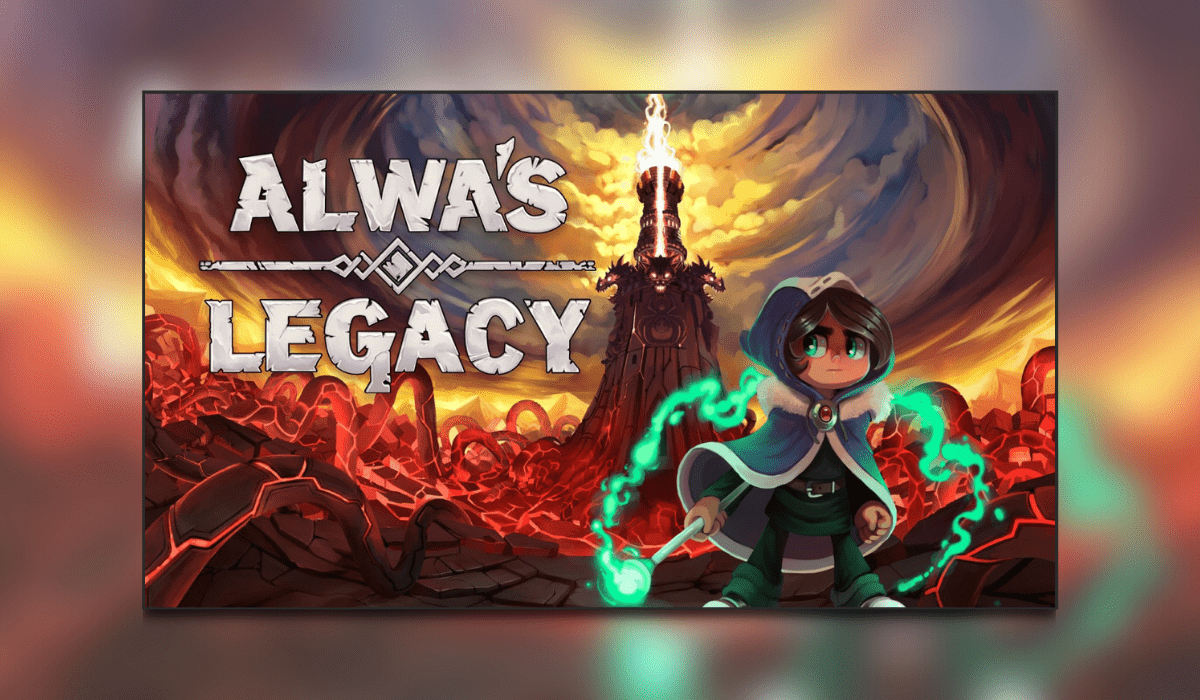 Alwa’s Legacy is Elden Pixel’s 2020 follow-up to Alwa’s Awakening. It’s a modern retro adventure game, bringing elements of 16-bit era titles to a new generation of players. Now having made its way onto Playstation, I’ve been given the opportunity to check it out.

I feel like this game has made me realise how spoiled we are in the modern generation of games in terms of instructions and tutorials. Do you prefer a game to drop you in and let you figure things out for yourself? Or do you like to have a bit of guidance? I’m probably most happy with a middle ground approach where there’s some direction, but not a map full of icons and objectives. Let me know what you think in the comments.

The game opens with a short interactive introduction to help set the scene for the story. The focus then switches to the main character, Zoe, who awakens with amnesia and is instructed to go and find Saga in the Grand Library. Along the way, you’re introduced to the big bad, Vicar; an evil wizard who attempts to separate Zoe from her staff and kill her. Once you’ve spoken to Saga, your quest begins.

At this point, you should have already picked up the most valuable item in Alwa’s Legacy, the map. There are strong Metroidvania elements, that when mixed with the freedom you’re given to explore in any direction, will have you looking at the map often. Helping you out with the backtracking are plentiful save points, which can be upgraded to warp points. This is essential in making you feel safe to branch out and take risks. Exploration is encouraged and rewarded.

As you make your way through Alwa, you’ll face various challenges. These come in the form of either enemies, puzzles or platforming. I very quickly realised that combat is avoidable in a lot of instances, and that’s probably the best approach. Each time you transition between a room, enemies in the room respawn. Killing them doesn’t grant you XP or currency, so fighting generally only offers you the chance to get damaged. Therefore, With limited health, you best pick your battles wisely.

Boss battles offer up a slightly bigger threat. These are fights in specific areas that force you to strategise to win. Your health pool is significantly lower than your enemy so you’ll have to work just as hard to avoid damage as you will deal it out.

Though you start off with low health and some very basic abilities, hidden throughout Alwa are the tools and items to help you strengthen yourself. Petals can be gathered to increase health, orbs to alter your magic, tears for creating warp points and items that grant new abilities. Stumbling across these items as I ventured across the kingdom brought a significant amount of the fun I had whilst playing.

Alwa’s Legacy is presented in a 16-bit style aesthetic, fitting in with its retro theme. Being in high definition really elevates the pixel art of these sorts of games to a new level. The artists have generally done a fantastic job using contrast to create a great sense of depth in the scenery. However, one thing that did catch me out from time to time was picking out platforms amongst the backdrop, specifically in the grand library where the tops of bookcases are ledges. The animations are both authentic to similar historical games and beautifully fluid.

The soundtrack is also filled with retro-sounding songs that will take you back to the days of NES/SNES era Zelda games.  The sound effects and the music help to tie the whole package together into a nostalgia triggering parcel of fun.

The difficulty and open-design approach mean you can sink plenty of time into Alwa’s Legacy. After the initial opening and first dungeon, the world really opens up and allows you to explore a vast area and that opens even further when you discover new abilities and items. Pair that with a second game mode that can be unlocked, and you’ve got a good 10-20 hours of enjoyment ahead of yourself. Also, I imagine there is some speedrun potential here too, as with all good Metroidvania style games.

Alwa’s Legacy is a love letter to a simpler style of video game, one many of us ageing gamers will look back on fondly. However, If you’ve not played something like this in a while it may take a bit of getting used to again, but after that, you’ll wonder why it’s taken you so long to revisit. I’m giving Alwa’s Legacy a Thumb Culture Gold Award.