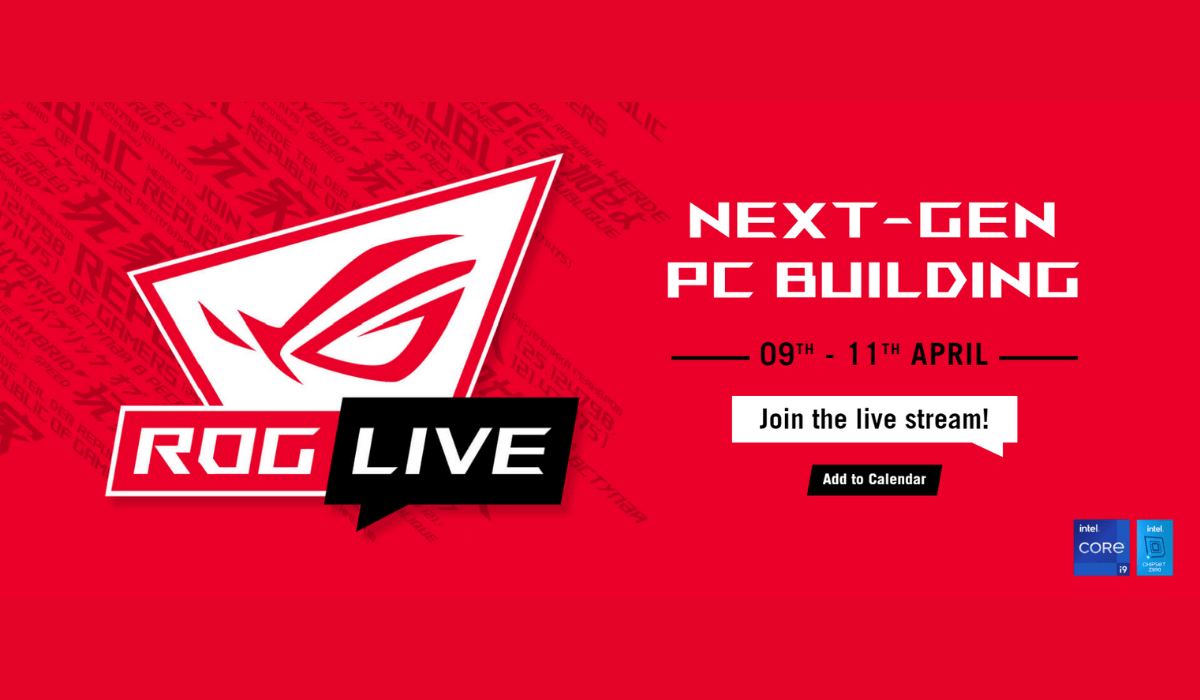 ROG Live 2021 is coming to a screen near you, real soon. On April 9th-11th there will be an online event celebrating next-generation PC builds from ASUS Republic of Gamers. During this event, PC cased modders Niklas Forsberg and Tim Malmborg will take participants through various PC builds which will range from mainstream to high-end hardware. As mentioned in the below press release there will also be a “ROG Rookie” segment which will help newcomers to PC building.

Read the full press release below:

LONDON, United Kingdom, March 31, 2021 — ASUS Republic of Gamers (ROG) today announced ROG Live 2021, a three-day online celebration of next-generation PC building, to be held on April 9-11. The online event will feature renowned case modders Niklas Forsberg and Tim Malmborg, who will take participants through various PC builds, ranging from mainstream to top-end. A ROG Rookie segment will also be included for those who are putting together their first gaming PC.

During the ROG Live 2021 event, each PC build will feature the latest gaming hardware such as 11th Generation Intel® Core™ processors, the water‑cooled ROG Maximus XIII Extreme Glacial motherboard, and ROG Strix 30 series graphics cards. The high-end build with 11th Gen Intel Core processors will also be tested and benchmarked with some of the latest gaming titles. In addition, the livestream includes segments featuring the ROG Swift 360 Hz PG259QNR monitor, Claymore II keyboard, Gladius III gaming mouse, Ryujin II 360 and ROG Strix LC II 280 ARGB liquid coolers. The event also gives viewers and fans the opportunity to interact with ASUS staff via the livestream chat for a unique PC-building experience. In addition, viewers can jump onto the event microsite and take advantage of exclusive ROG Live offers and promotions during the event.

The ROG Live event will feature tech quizzes, challenges, and prizes worth over £18,000, including a PC build worth £4,000. The event will be livestreamed on ROG social media sites: YouTube, Facebook Twitter and Twitch.

You can check out the page for the event here.

So keep your eyes open and ears up high people, there are some great prizes on offer from ASUS Republic of Gamers during ROG Live 2021. Of course, the hardware used will more than likely be top tier also. Let us know in the comments if you’ll be taking part!