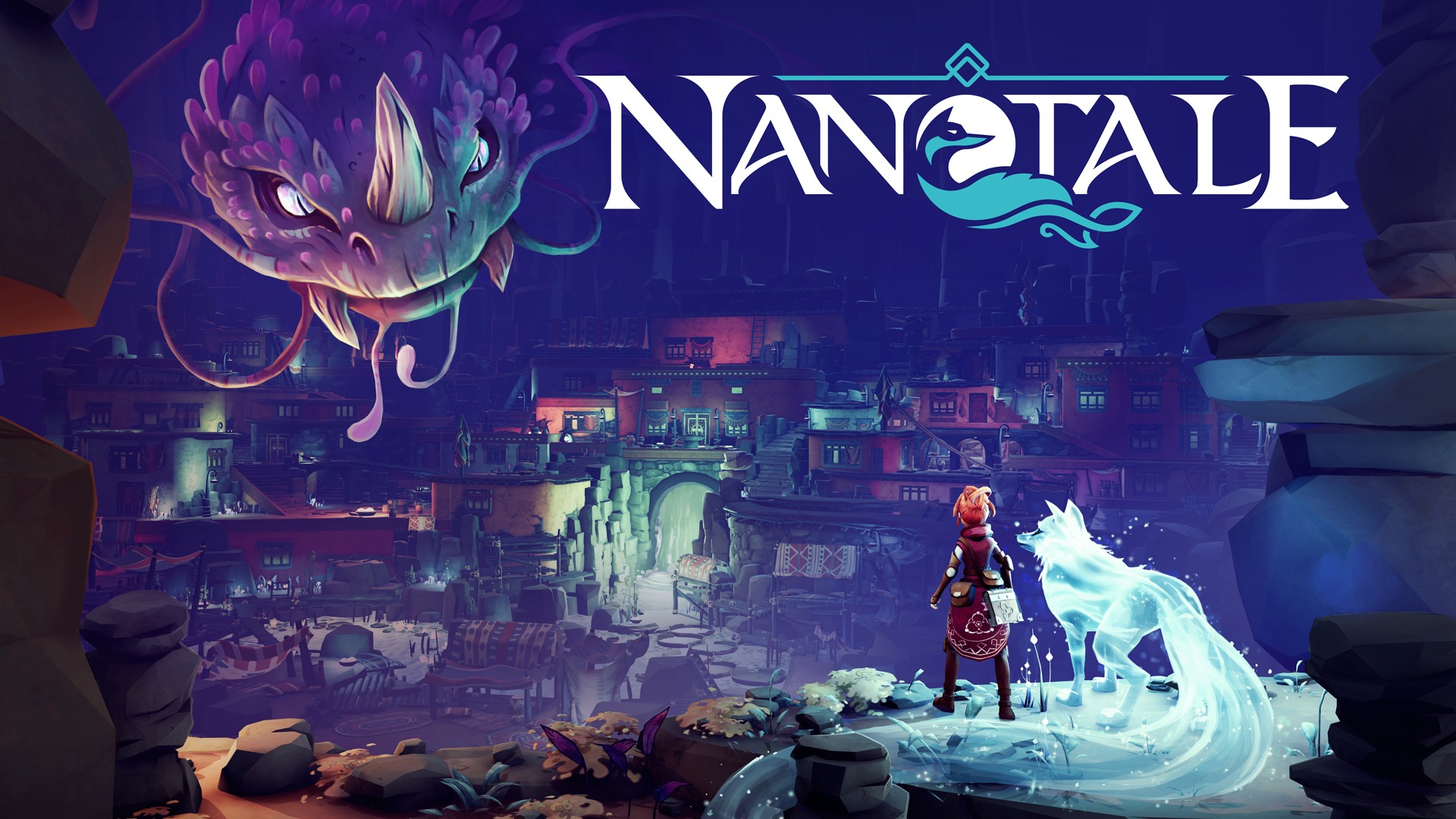 Nanotale is a single-player fantasy RPG from developer Fishing Cactus. Fishing Cactus also published the game alongside PID & 2PGames. Nanotale is among a handful of games where real-time typing is the main gameplay mechanic with action and combat. It is also the second game in the Typing Chronicles franchise, Epistory being the first. Aside from Typing of the Dead, this is my first game where typing is as prevalent when playing. As an RPG fan, I was interested to play this one, especially as a keyboard and mouse amateur.

Nanotale has been made very inclusive with 11 different languages available. The game also supports all kinds of keyboard layouts including Azerty & Dvorak and all keys are re-bindable. I especially appreciated that given the wordplay, there is a setting to make typing in Nanotale more user-friendly for people with dyslexia.  Nanotale is available now on Steam & Stadia.

A departure from normal gameplay, particularly with an RPG but I was excited to play. Why not leave a comment with any opinions as all of us at Thumb Culture are interested in your opinions.

Nanotale takes place in a fantasy world and you step into the shoes of Rosalind. The game begins on her 18th birthday becoming a fully-fledged archivist. Quickly outpacing her teacher, Rosalind begins to explore the Ancestral Forest and isn’t disappointed with what she finds. This whole new region leads many discoveries from plant life to monsters to a community of dryads. Exploring and investigating gradually reveals that an infection has spread. This has caused various monsters to appear and much more. A lot of thought was put into Nanotale with the lore and history of the world. Very little is known about the world beforehand and gradually learned by studying the environment.

Raised on console gaming I am still an amateur with mouse and keyboard for video games and began apprehensively. Still far from being a pro but I found a rhythm with playing. And quickly forgot any worries with the keyboard. Nanotale isn’t shy about showing its vocabulary which can lead to stressful moments with monsters bearing down on you. I quickly found my typing skills put to the test. Typing involved in most aspects, from learning lore to fighting monsters. Rosalind can cast magic with various effects from unleashing rays of fire to teleportation through typing.  I found that when I progressed led to new skills. Such as learning new spells and passive skills. One example of this is to have different effects e.g. focusing on one enemy to add damage.

Nanotale makes excellent use of its environment in gameplay. And how overcoming obstacles and solving puzzles feel gratifying. Literally able to move forward and opening paths to previous areas. This is a simple feature but excellent in giving a sense of accomplishment. For me, the gameplay is strongest when it comes to combat. There is a playstyle for everyone, from going in swinging or stealthily to avoid combat as much as possible. When fighting I found there are ways of using the environment to your advantage also. To cast spells means standing still so with monsters approaching it was tense at times. And as you face off with multiple monsters planning and strategising become important.

It would not be a complete RPG without levelling up and Nanotale is no different. You get to choose a perk from levelling up and begin to specialise Rosalind and her abilities. I mentioned earlier about being new to the region and the in-game map reflects that. The map is filled in as you travel through the region and is designed to look hand-drawn including annotations.  I also appreciated the dialogue tree that lets you hear all options. Allowing you to get the information but feeling natural when going down a certain branch. This was not without its issues though when it comes to voice-over. Now and then it was out of sync with dialogue boxes and so felt disconnected from the scene.

Nanotale is very easy on the eyes when it comes to design. It doesn’t have the same graphic quality as AAA games released today and I felt it didn’t need to. The characters are well detailed as is the environment which is very colourful and vibrant. Even the areas where the infection has spread feels this way, with the strong purple you see there. The artistic style of the background has a 3D cartoon style element. The closest comparison would the recent episodic Telltale Games such as The Walking Dead. The visual design choice allows freedom when making a fantasy world environment. However, it feels like scenery and background so limiting in an RPG. You can adjust the resolution and can change the graphics quality from low to high. Occasionally there would be some visual glitches. Character models fading into the environment such as trees during cut scenes.

The game’s audio feels like a quality accompaniment to the visuals and graphics. The soundtrack and score match the mood at the time. Be that being peaceful around the forest or the intensity when in combat. The voice-over of Rosalind and other primary characters is well done and matches the characters very well. I found that the voice acting really strengthened the character portrayal. Environmental sounds from animals around you all come together and make the game more immersive.

The large open world and NPCs you encounter mean there is plenty to do in Nanotale. The game is a single-player RPG but still with a lot of content. The main campaign offers plenty of gameplay time and a variety of side quests too will keep you busy. For my fellow completionists, there are dozens of points in the region to learn history and lore. As mentioned earlier there are several different ways to play as well as specialisation options for Rosalind. I can easily see myself starting over and trying out different styles of playing.

Nanotale is fresh and interesting to the RPG genre with its prevalent use of typing. I asked to review it because it is entirely keyboard and mouse and I am glad I did. I quickly came to appreciate how straightforward the gameplay mechanic was and how inclusive it is. Set in a lore-rich world with plenty of variety and lots to do.

I enjoyed travelling the world of Nanotale. The visual and audio design feels good when playing and works for the world. The scenery in the environment feels a little limiting for an RPG. There is also the occasional visual glitch which removes you from the game slightly. Many hours of gameplay and different approaches will keep you busy.

Overall though I quite enjoyed Nanotale and has made me more comfortable playing with a keyboard. I look forward to playing more and keen to see what Fishing Cactus make next.  I award Nanotale the Thumb Culture GOld Award. 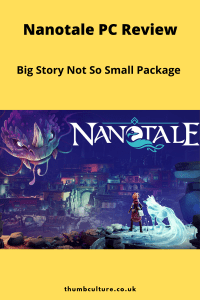