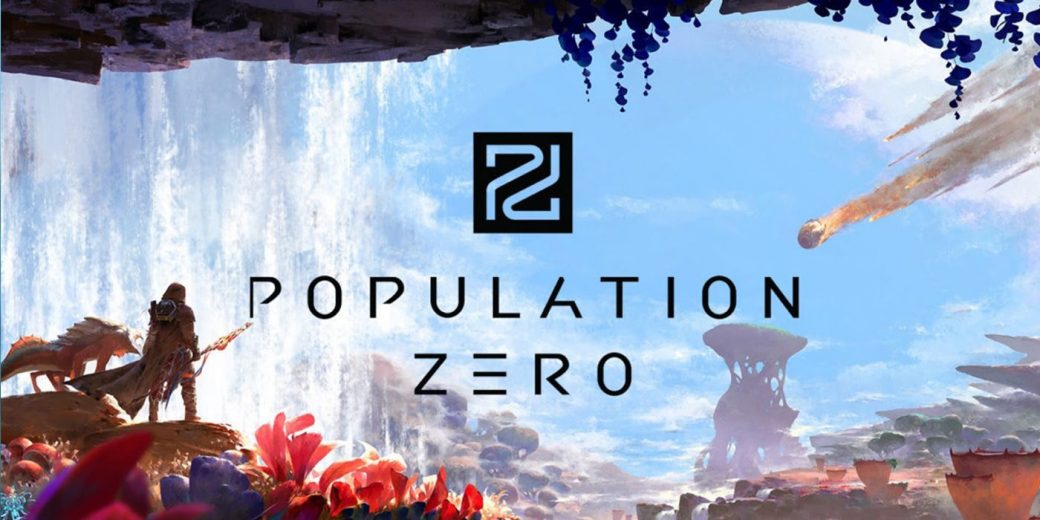 A couple of months back, Enplex Games blessed us with some news of a new release. That new release is what we are looking at today, the MMO Survival, Population Zero. Originally released on Steam Early Access reviews started to come thick and fast. This, is to no surprise and survival games are extremely sort after, and decent ones at that. Read on to find out how I get on!

We all pretty much know by now what an MMO Survival game is going to be like. This includes gameplay and mechanics, they are all near enough the same in some shape or form. Obviously storylines can differ vastly. Keeping it simple, you are stranded on Keplar and alien planet. Your ship was destroyed and you have 7 days (168 hours) until human extinction. Meaning you have to repair the reactor and restart your hibernation pod within this time frame to save yourself. We have a fairly standard start with a choose your character and you unlock new modes as you progress.

I had a feeling I wouldn’t get on Population Zero when I started the tutorial firstly because of how it looked, secondly because the gameplay felt extremely buggy. As you were guided through the tutorial it sometimes missed sections out or the on-screen compass just didn’t work. I battled on through because it was a tutorial, however, then due to missing parts of it I died extremely quickly.

Getting into a mission/task if straight forward, you just speak with the locals and do your job. The mission waypoints are highlighted on the screen and you just follow them, I had no issues with the missions but did find them harder than they should have been due to the glitched tutorial. The one thing I did like about this game is the skills trees, there is a lot to them but they are key to your success in the game. I would recommend becoming familiar with these as they help with the adventure ahead. 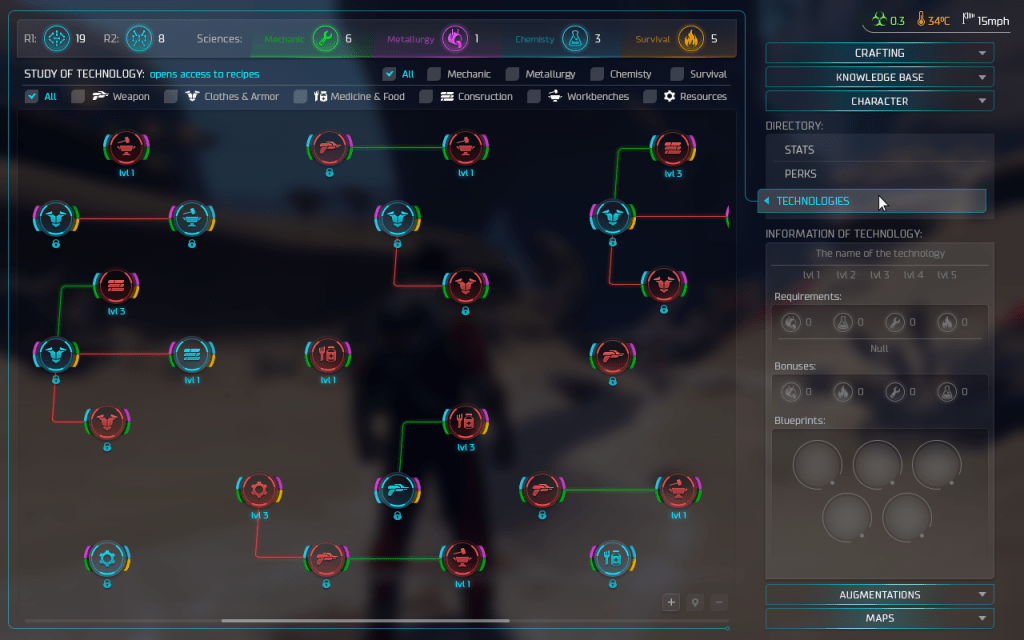 Going through the missions I met a few people on the way but as it starts off as PVE you don’t have to worry about been attacked. The last thing you want is to lose all of your stuff. The missions form the story and you have 168 hours to complete these missions after this time has gone your game resets and you start again. It definitely provides a challenging survival experience and it is not to be taken lightly.

I have watched a lot of the promo material for Population Zero before there was any gameplay footage available. This is what excited me about the game. If you check out the trailer at the end of this article you will see exactly what I mean. The trailers mostly show clips of non-gameplay footage. This set me up for thinking that the graphics on this game would blow me away and it looks stunning on the trailers and teasers. However, even when setting the graphics to ultra (as seen below) you can see that it feels quite flat and is nothing when compared to what you have seen in the promo materials. I know this is usually the case but there is a crazy leap on this occasion.

I know there is the saying that graphics aren’t everything and I do believe that. However when it comes to games like this that have a slow walking simulator inbuilt you need to have that wow factor there. The environment can feel quite drab at times. It has an NMS kind of look just not quite as pretty, it’s unfortunate that these two titles are available at the same time.

On the title screens at the start of the game, there is some extremely well-composed music. It sets the bar high to be honest and it makes this title worth of a soundtrack if we continue to hear more of this. However, when you start the game it completely changes. You have a more ambient metallic background noise. After playing, I admit that this change is not a bad thing and you have to concentrate on the game. I would, however, suggest lowering the music volume as soon as you start. This will give you a much better experience as you trawl through the lands. There is a soundtrack available for Population Zero in the Steam store.

MMO Survival games always come with longevity, it’s always about how much time you want to put into a game like this. Either before moving onto a new title or just because they can get extremely repetitive. Saying that a lot of people do like the MMO Survival grind. However, with Population Zero if you do not repair the reactor and start your hibernation pod in time, the game resets. This can be extremely frustrating and was definitely a negative for me when you relate longevity back to the gameplay experience.

Population Zero on the surface has a lot going for it. It does sound like an amazing game that you can lose yourself in. Unfortunately for me it just didn’t hit the right buttons for it to be a game that I go back to. It could be that this type of MMO Survival isn’t for me, I have heard extremely mixed reviews so it might be that you just want to pick it up and try it for yourself?

I would think about a revisit if the full release was different from the early access version. However, this would mean a lot of fixes and changes within the game. If this was done I can imagine this game a couple of years down the line been enjoyable. However until that time, unfortunately, it will have to be uninstalled. I can see light at the end of the tunnel with this title, I just don’t think the tunnel has been built as of yet.