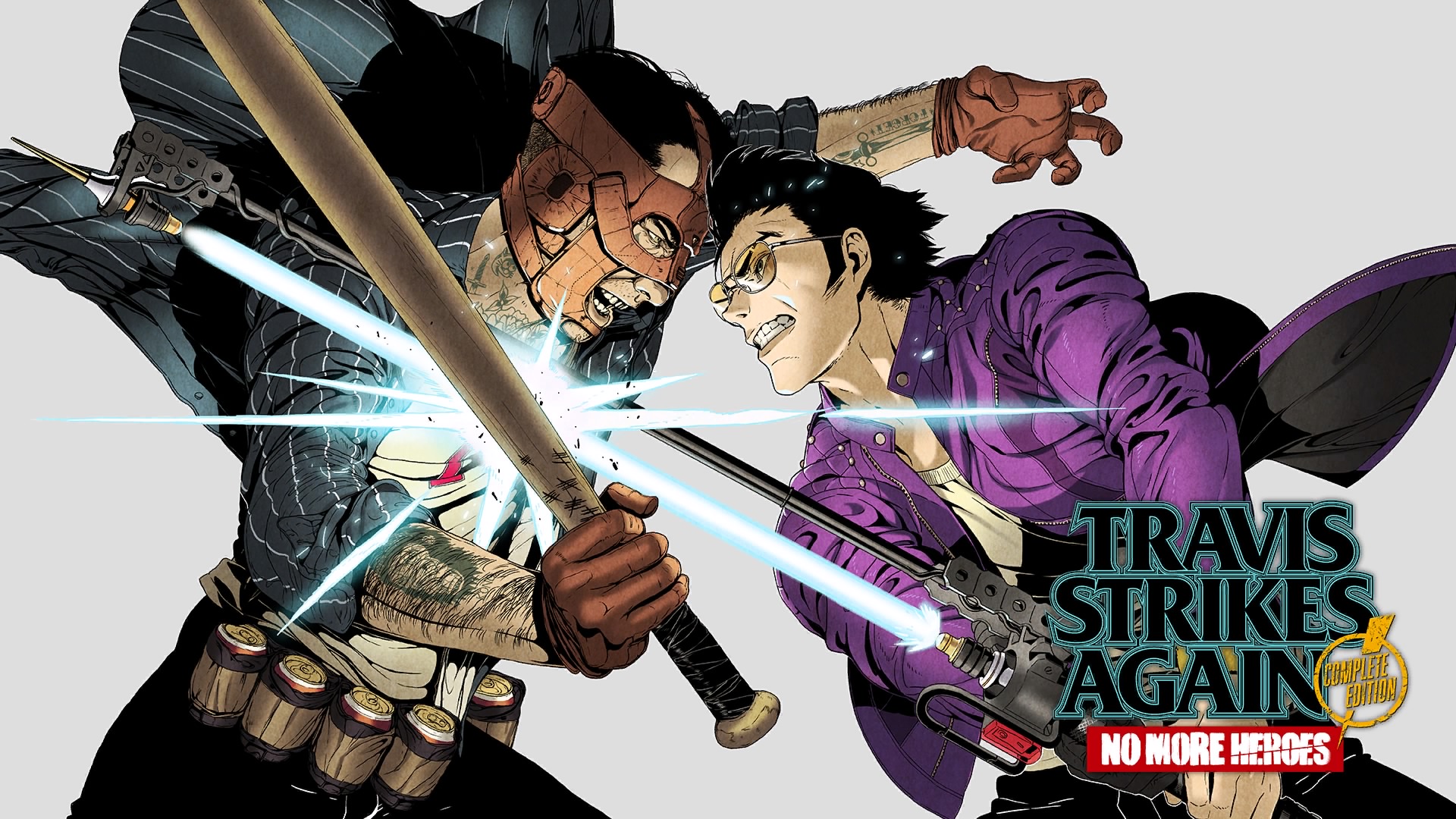 Grasshopper Manufacture has brought us the next instalment in the ongoing adventures of Travis Touchdown. Travis Strikes Again: No More Heroes is a delve into the world of computer games with some great references and appropriate homage, time to dust off my old joystick and start banging my buttons.

Part of me doesn’t really want to give anything away about Travis Strikes Again: No More Heroes and let everything be a joyous surprise. However, that would make me a bad reviewer! So I had better do a good impression of a professional. I could tell you that you move the sticks and press the buttons to make Travis the most awesome badass character to ever be in a video game, but that is stating the obvious. Attack, the baddies, kill the baddies, don’t let the baddies kill you. Power up your special attacks and blast the enemies into oblivion. If you have played any of the No More Heroes games before, then Travis Strikes Again presses all the right buttons, even if you don’t.

Guide Travis through the linear levels, learn skills and defeat the increasingly difficult enemies. To say that Travis Strikes Again is fun would be an understatement, the simplicity of the controls and the shallow learning curve make Travis Strikes Again an absolute joy to play. Is it even possible to have more fun with your clothes on? Well, I even took mine off to check the alternative as well. It was a close-run thing, but sorry Travis, not quite. The whole adventure is the opportunity to play on the Death Drive Mk II, and those of you who already own this awesome piece of kit will know how much of an amazing experience this will be.

Play on one of three difficulty settings, sweet, mild, or bitter. You can change this setting during the game if you get stuck, or you feel like a bit more of a challenge. The best plan is to start on mild and see how you get on. Sweet is a bit of a walk in the park.

There are Death Balls that need to be collected. These Death Balls allow Travis to play new games on the DDMKII and beat more baddies. All the games on the Death Drive are different in genre and influence, but the gameplay doesn’t stray too far from the familiar.

If you are new to the No More Heroes series of games then you are either in for a treat or a lot of frustration. The gameplay is good, but the in-jokes and references that Travis has developed over the years will no doubt put off the newcomers to the series. The cut scenes can be longwinded and frustrating, but the jokes and references are fairly on point.

Travis Strikes Again: No More Heroes has a 2 player option where you can play with a friend playing as Badman. You can also use Badman in the single-player mode when you play on the DDMKII.

Travis Strikes Again: No More Heroes can feel a bit grindy after a few levels. There is always just the desire to get to the end of level boss, but if you’re into button mashing, well button-mashing there is. This isn’t going to be to everyone’s taste, but with regular save points, you can play for as long or as little as you like.

The graphics need to be broken down into 2 sections really, the retro and the game. Travis Strikes Again: No More Heroes has some very accurate retro scenes, especially when the audio is added. If you’re old enough to remember then memories of games will come flooding back.

The actual gameplay is very smooth graphically, it’s easy to know what you’re doing and see what skills are available. The scenery is fairly basic, but the pace of the game means that there is little time to go sightseeing, so it doesn’t really matter.

Travis Strikes Again: No More Heroes matches the retro audio brilliantly. Close your eyes and there are shoulder pads and perms everywhere. The cut scenes are audio perfection. The in-game sound effects are pretty average, but the action is so frenetic that you never really stop to listen. It doesn’t really enhance the experience of the gameplay, but it doesn’t detract from it either.

Travis Strikes Again: No More Heroes is such a simplistic concept of a game. Many clones have been and many more will come. It’s fun. Play with a friend and have a laugh whilst you’re doing it. I can see Travis being a staple part of my games evenings for a long while yet, whether in large chunks, or just short bursts.

Travis Strikes Again: No More Heroes is without a shadow of a doubt a good game. But, it doesn’t try and push the boundaries of game making though. Without the Travis factor, this game would be fairly average. So the non Travis fans will not have as much of a good time as the fanatics. As much as it pains me to say this, I am having to judge this based on how good it is, rather than how much I liked it.