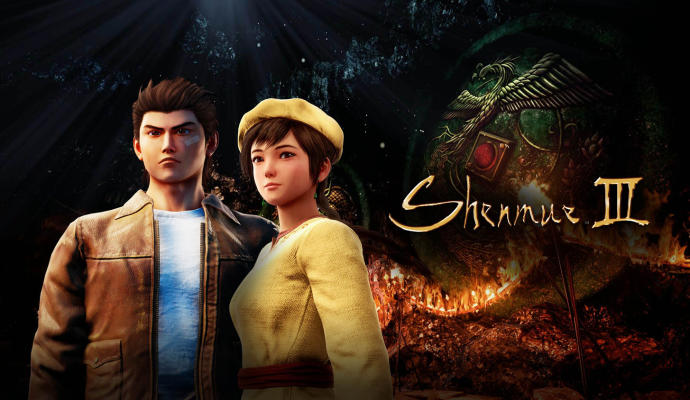 18 Years after we left Ryo in the middle of his journey of revenge for his Father’s murder, we finally have the next entry into the saga with Shenmue 3!

Developed by the YS Net team after a successful Kickstarter campaign, Shenmue 3 is very much intended to be a game for the fans, funded by the fans. In the hopes to finally give us an ending to this adventure.

Before we get into the review, I would like to take this time to thank Koch Media for sending me the goodies included in the collectors edition along with the game, I can confirm that the LightBox looks amazing and the Dragon / Phoenix Mirrors will be kept safe from those who wish to use them for evil purposes.

The question is, does Shenmue 3 live up to almost 20 years of anticipation and hype? Does a game franchise from 20 years ago fit into today’s gaming world?

Given the Shenmue is very much a story-heavy adventure game, it makes sense to avoid any story points as much as possible. Also since first 2 Shenmue titles are available in an HD Remaster, I will try to avoid any spoilers from there as well, although come on they are 20 years old… if you haven’t played them then Be gone… You are not welcome at this review!! (Joking… of course). 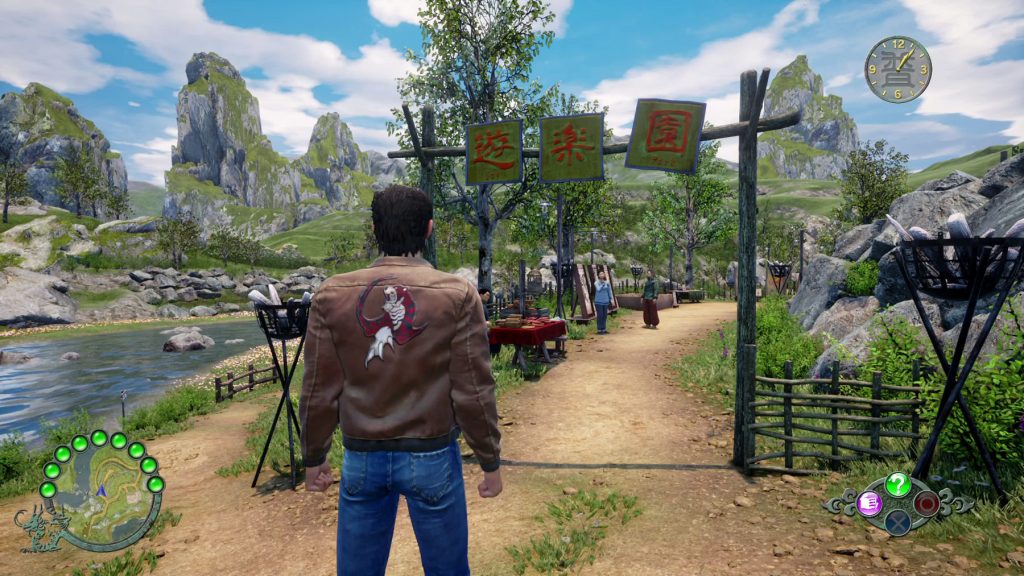 Shenmue has always held the crown in terms of being a game well ahead of its time and being very much the game that introduced us to this genre and Epic Adventure. Shenmue 3, unfortunately, doesn’t really follow suit in that respect and sticks very close to the originals making it feel very much behind the times in its style.

The staples of Shenmue games are very much alive and well here, you will spend large amounts of time training, playing mini games as well as working a job to earn money to buy food as well as those nice collectable items and skill books. Literally within the first couple of hours playing it truly felt like I’d never been away from this world. 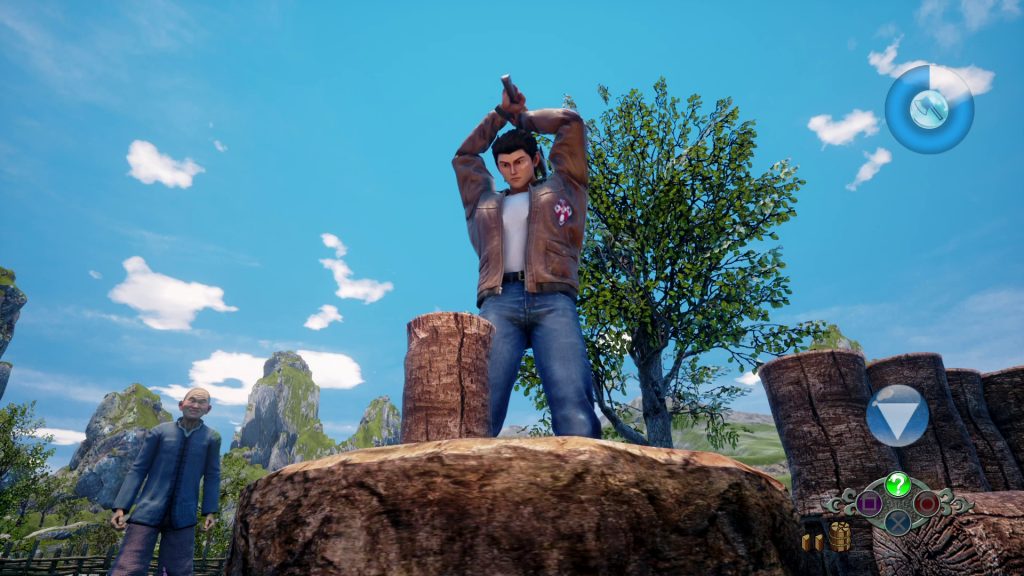 In normal Shenmue fashion the majority of these side quests / games are all controlled by QTE’s (Quick Time Events) meaning that you have to sync the correct button presses at the right times. This was something very, very common at the time of the original Shenmue but not something you see as often these days (another reminder that Shenmue 3 sets its roots firmly in the past).

One huge improvement over the originals is the character movement. I can’t tell you how happy I was after playing the HD remasters to find they had chosen to use the more accepted staple of the Analogue sticks for Movement / Camera on the new release and it certainly eliminates a ton of stress and frustration.

Combat certainly feels smoother this time around, I’m sure Shenmue fans will agree that the combat in the originals felt awkward at the best of times, adding unneeded difficulty to the game. Well this time around the movement is a little more responsive. Fairly simple combinations can be used with the Left Trigger (L2) being used for blocking. 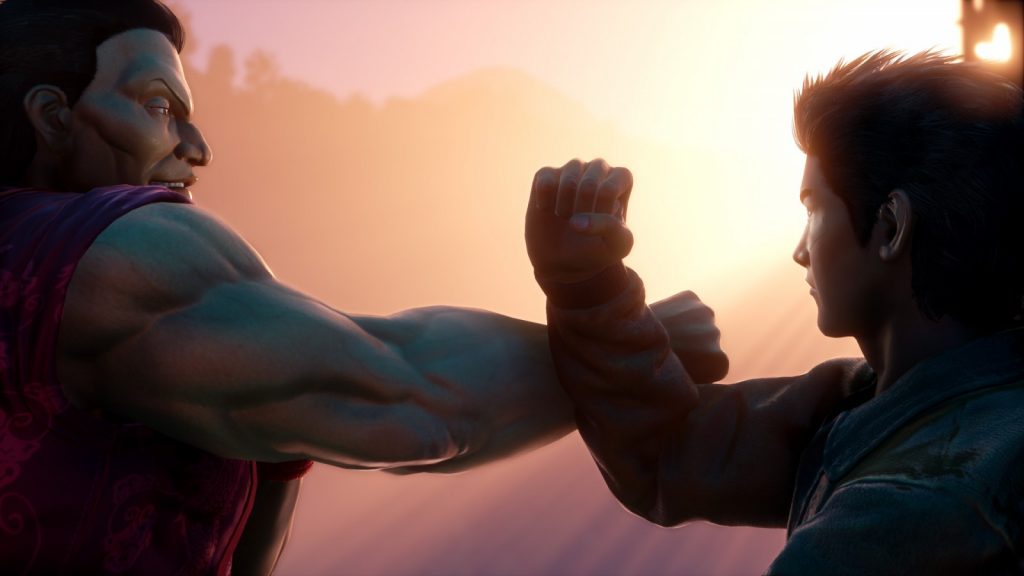 Shenmue 3 is a bit of a mixed bag when it comes to Graphics and Audio, it’s certainly a huge improvement from the originals, however, there are some limitations.

A lot of the scenery and even a number of the buildings look great, they wouldn’t be out of place in a number of other PS4 titles being completely honest. Nice Textures, colours and a good amount of detail.

This, however, is countered by a number of the character models. While they don’t look bad by any means, they are most certainly not current-gen models. I would compare them to a latter PS3 title where they look perfectly acceptable and do not impact the enjoyment, they could be better. 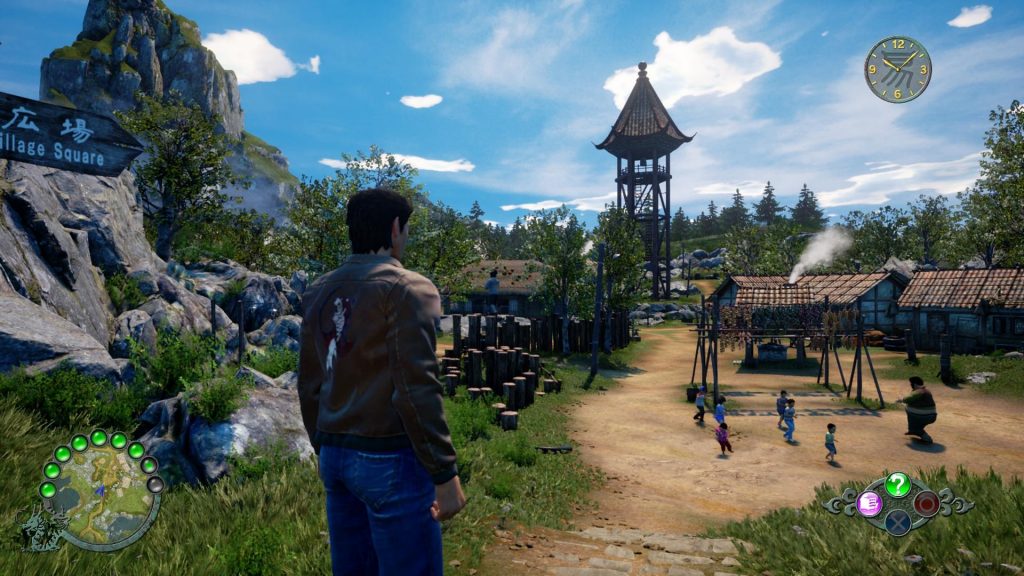 This could be an artistic choice based on the franchise, however, I have my doubts. It feels a little more like a limitation of the budget, which is fully understandable given it’s a Kickstarter game.

The Audio is very similar in that the Voice Acting as leaps and bounds ahead of where the originals (or even the HD remasters) were, they actually feel like you’re having a conversation now. However, there is no Sync between the words and the characters lips (in either English or Japanese).

It would also have been nice for the NPC’s to have been given a little more variance in their lines, at times you will converse with them and then go back later and they will not recognise you.

The one thing that I can say without a doubt is that the Soundtrack is on point and instantly brings back the memories of the adventures past. I’m sure many fans can agree that one of the most enjoyable things in Shenmue is the exploring while looking at the scenery which is a very good thing since there is a huge amount of this in Shenmue 3.

Assuming players indulge in a few of the side quests/games, then I’d say Shenmue 3 should clock in at around 30 hours, which is consistent with the others in the series. Obviously, if you’re a completionist and you want to pick up all the collectables etc. then it’s going to take a lot longer.

It has also been confirmed by Suzuki that Shenmue 3 is not the end of the story, there are plans to make more games in the series. If this is true then I hope the 4th isn’t going to be another 20 years in the making.

Given the nature of the game, I don’t really see anyone going back and re-playing it at least for a considerable time after finishing it, this isn’t a bad thing but the game is styled very much like a movie and you really wouldn’t watch the 3 Lord of the Rings movies then watch Return of the King again would you?

So, here we answer my questions from the start of this review…

Shenmue 3 couldn’t possibly have lived up to the hype and expectation surrounding it. This doesn’t mean the game is bad, it’s just people wanting perfection. It’s very much a game as I thought it would be, something given to the fans by a developer who clearly wants this story told as much as the fans want to be a part of it.

This was clearly based on the speed at which the Kickstarter fund reached $1 million.

Anyone thinking of starting out with Shenmue 3 because perhaps they aren’t old enough to have played the originals, go back and get the HD remaster, DO NOT start the story here. I promise you will not enjoy the game if you do.

Shenmue 3 is a game out of times, it feels like a game created 15 years ago and locked up inside a time capsule until today. But as someone who has spent the best part of 30 years enjoying games, I say welcome back old friend!

I give Shenmue 3 a Thumb Culture Silver Award as there is no doubt this game is going to be loved by the fans, but is most definitely not a game for everyone.