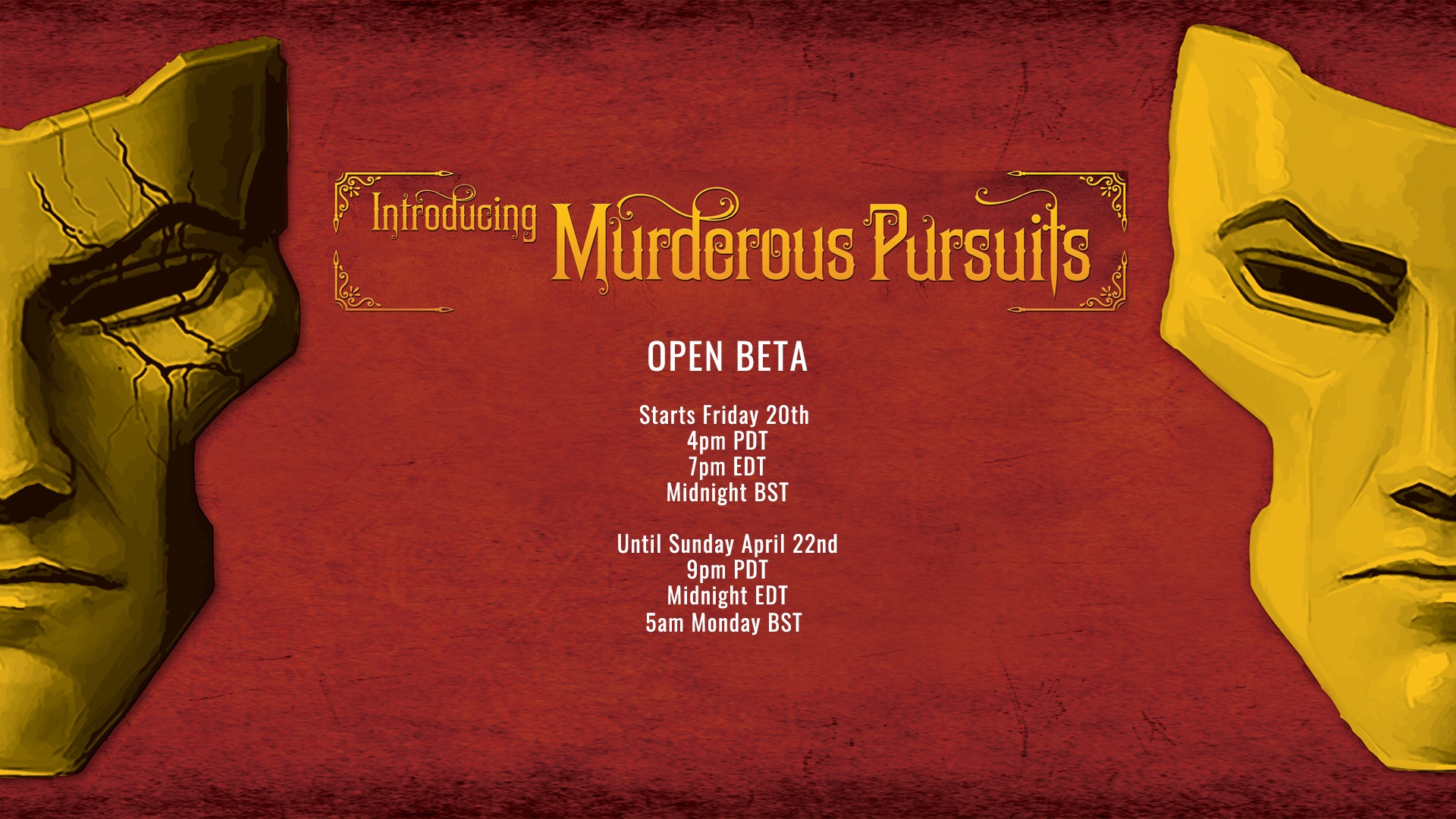 The game is being developed by the team behind The Ship, and also the studio behind The Ship: Remastered. It places up to eight players on board HMCS Britannic in four different levels set during the Victorian period and finds them trying to stay alive, and undetected as they wander around the ship trying to murder the others without any witnesses. Players will be able to choose two out of five abilities available to them, and choose from eight characters. Murderous Pursuits can also be played either alone, or with other players.

It’ll begin on Friday at 10pm tonight as updated on their Steam Update page and will end at 5am on Monday morning. (All UK times)