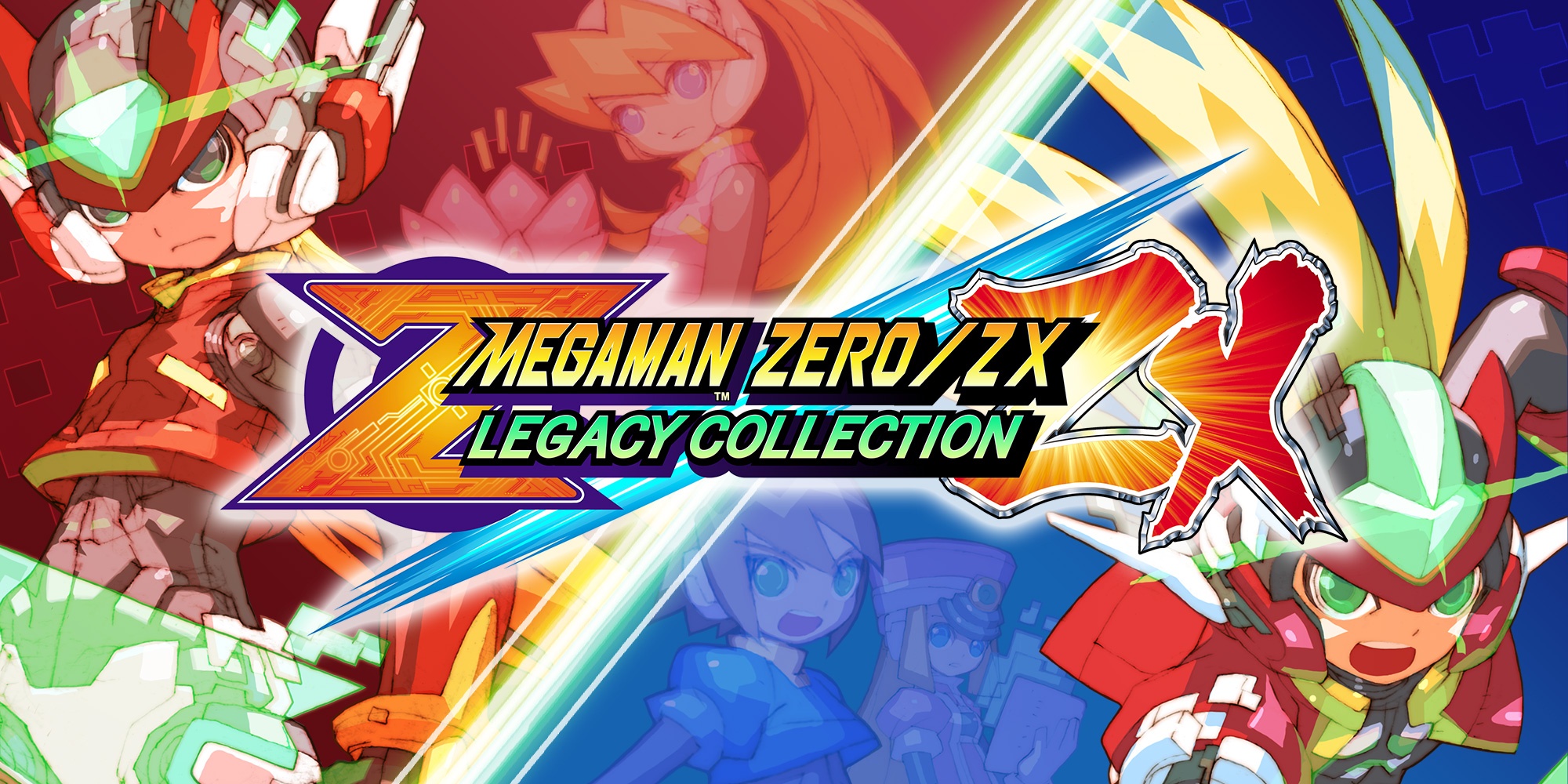 Last month Capcom released Mega Man Zero/ZX Legacy Collection. This epic collection consists of 6 titles, 3 Zero titles and 3 ZX titles. I have been a Mega Man fan since my introduction to it on the NES. I remember returning to it over and over again. Despite knowing exactly what this re-release entails, I was hyped to get playing.  This review is for the Nintendo Switch edition of the collection, however, it is available on PC, Xbox, and PlayStation.

For those who are new to this franchise, let me introduce you to Mega Man (Originally known as Rockman). He was created as a part of an experiment converting a human into a fighting robot. Many people will recognise Mega Man in his original form, from the series. However, he has taken on many different looks throughout the titles, sometimes due to special abilities or just because the design of him changed. There are now way over 20 Mega Man titles in the franchise and I highly recommend playing the back catalogue if you like the look of Mega Man Zero/ZX Legacy Collection.

The latest instalment follows an extremely similar storyline to the previous titles whereby you play as a Megaman character to defeat the dreaded reploids. Each title has its own storyline, however, if you are new to the series posting anything about the story could potentially be a spoiler! So let’s talk about the gameplay.

The gameplay style for both the Zero series and the ZX series is similar. They are both traditional Japanese style side-scrolling platformers. However, die-hard Mega Man fans have always said the storyline from Zero is better than that of ZX (This could be because it’s the more difficult series). I have to admit I agree with this, however, it could be that there are only a couple of ZX titles whereas there is a full series of Zero. Also at the start of ZX you get to choose whether the main character you play as is male or female, which I believe is a first for a Mega Man game.

If you have not picked up a Mega Man game before, they can be difficult. However, once you get used to the mechanics of the game and the style of gameplay it can be repetitive but EXTREMELY enjoyable. Mega Man has always been about learning how the enemies move/attack then finding the best tactic to defeat them. The same goes for the titles in the Zero/ZX series.

I love how Mega Man Zero/ZX Legacy Collection continues the classic Mega Man style of play. Despite it been a new series it is still extremely reminiscent of the previous titles. When just taking the gameplay out and looking at how it has been done, it is a really simple collection of platformers. However, add in all of that Mega Man content and you have another classic collection re-release.

There is also a mode on Mega Man Zero/ZX Legacy Collection called Z Chaser. This is single or multiplayer with 3 different ways of playing. First up is Single Chaser, this is where you race against the clock to complete levels of the game. I would say this is the classic mode most people would know as a time trial. Secondly, we have a double chaser, whereby you go head to head with friends with local play. Then thirdly (last but not least), we have World Record Chaser, whereby you are competing for the best timing in the world!

As mentioned earlier I am playing Mega Man Zero/ZX Legacy Collection for the Switch so all screenshots have been taken from my console. As the titles in the collection don’t fit perfectly on the screen of the Switch there are gap fillers around the actual game. To be honest I am not a huge fan of these as I always find my eyes wondering. I personally would have preferred these not to present.

Obviously, as a classic title realism does not come into play. The graphics and art, however, are stunning the colours are bright and definitely capture your attention when playing. It really is a feast for the eyes as you go through the game. At no point did I have any issues with the graphics either, the game ran great and it definitely works well on the Nintendo Switch.

There isn’t much to say about the audio! You get the classic Japanese side-scrolling futuristic Mega Man music you would expect and it sounds awesome on the Switch. Special effects within games like Mega Man Zero/ZX Legacy Collection definitely bring the game to life. The clangy metallic sounds from movements of the robotic enemies that try and shoot you down on the way to defeating the boss of the level, enhance gameplay.

For me, I think longevity in this game completely depends on who you are and the type of games you like. I personally could play Mega Man titles all day long and keep coming back to them time and time again. However, if you aren’t a fan of classic titles or 2D side scrollers you will probably be putting it down before you finish the first title in the collection. There is also the Z Chaser mode which you could spend hours, days, weeks, if not years chasing the world record.

Most gamers who have played any Mega Man game will know exactly what you are getting for your money. A classic 2D sidescrolling game that will never age. Not only that you will want to return to this title if you like platformers! It has all of the elements you would be expecting including and some additional extras like galleries and save assist. I honestly can’t fault this game. However, it is not one of the best games I have picked up recently. This is the only reason it did not receive a platinum award.