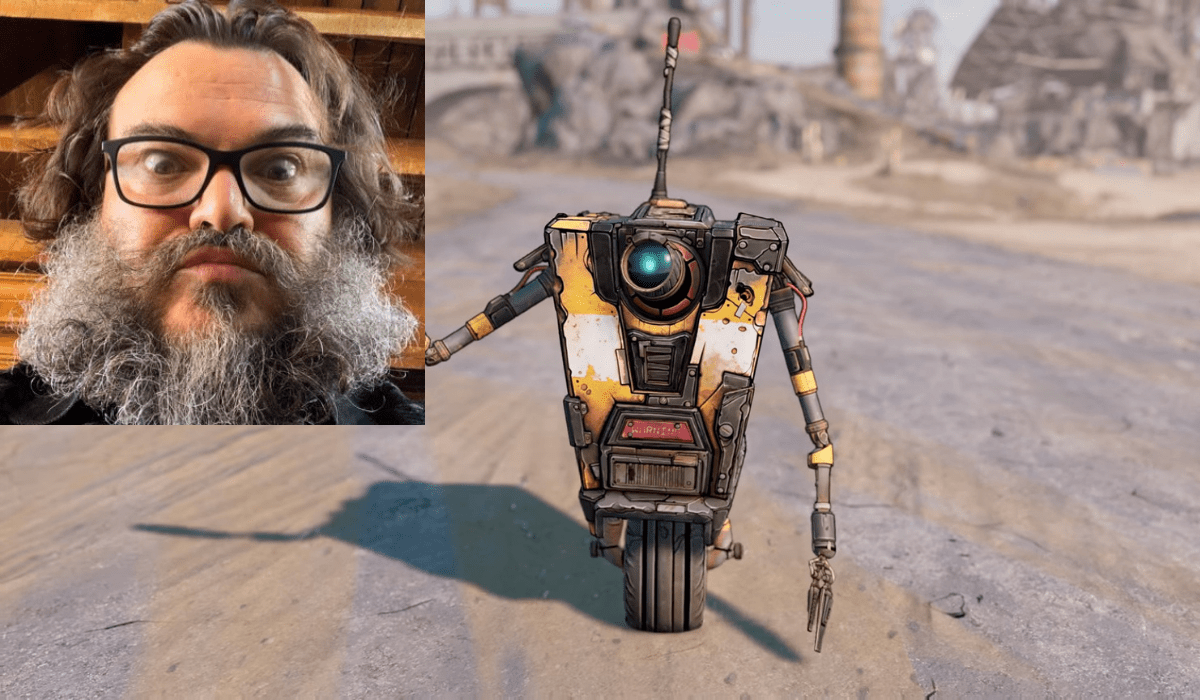 School Of Rock hero, Jack Black is the latest cast member to be announced for the upcoming ‘Borderlands‘ movie.  The cast is already a who’s who of Hollywood and is set to include Jamie-Lee Curtis, Cate Blanchett, and Kevin Hart.  The stars really seem to have aligned with this casting and Black seems the perfect, no, the ONLY choice to play the sarcastic, annoying yet lovable little robot.  This casting is literally a license to print money

Nathan Kahane, president of the Lionsgate Motion Picture Group, says choosing Black for the role was “one of the biggest no-brainer casting decisions we’ve ever made.” “We couldn’t have been more in sync with our filmmakers and casting executives as we approached this role,” Kahane said. “Everyone who’s ever played the game knows Jack is perfect for this part. We’re thrilled he will add his endless comic energy and voice to our film — he’ll bring so much to the movie.”

Black is in with familiar company as he reunites with Cate Blanchett, and Eli Roth who directed the 2018 movie, The House with a Clock In Its Walls.  Roth couldn’t be more excited, saying “Claptrap is the funniest character in the game, and Jack is perfect to bring him to the big screen.”  Black also reunites with Kevin Hart, with whom we worked alongside in the popular reboot of the Jumanji franchise.

Things are shaping up well here.  Would you like to see an original story, or maybe a re-imagining of one of the games?  Who else would you cast?  Let us know in the comments below and join in the discussion with us here on Twitter.