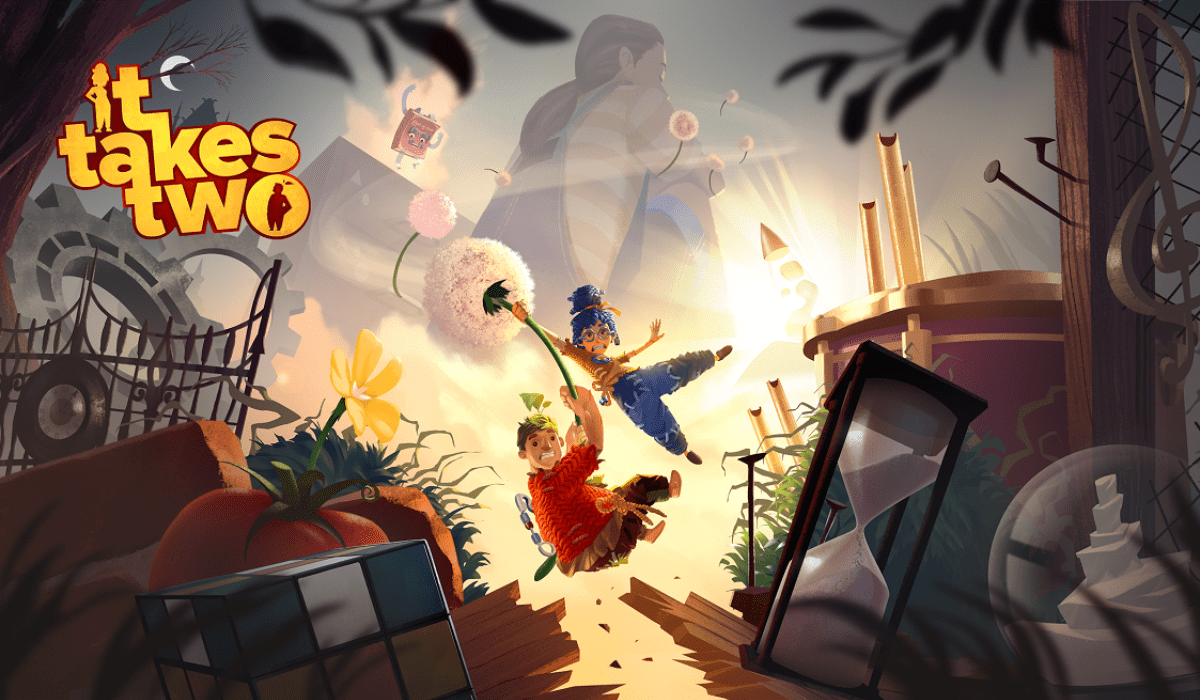 It Takes Two, the latest game from Hazelight Studios (A Way Out) has officially launched! The developers of the hit game “A Way Out” have had success with It Takes Two so far, with a slew of brilliant reviews to back that up.

It Takes Two is the latest game where you need two of you to play. This game has the same idea that A Way Out had where you have to work together with a family member or a friend to tackle the game together.

REDWOOD CITY, Calif. – March 26, 2021 – Today, BAFTA awarding-winning Hazelight Studios and Electronic Arts Inc. (NASDAQ:EA) have released It Takes Two, a purely co-op experience that delivers a genre-bending platform adventure, on the PlayStation 4, Xbox One, PlayStation 5, Xbox Series X|S and PC via Origin and Steam. With uniquely varied gameplay that seamlessly intertwines with the narrative in what GameRant calls “co-op gaming genius,” It Takes Two ups the ante in co-op innovation and puts players on a thrilling ride to enjoy either on the couch or online with a friend. Lauded by Game Informer as “a roaring success” and “one of the year’s best games,” It Takes Two brings players on a wild journey as Cody and May, a clashing couple who must learn to work together and overcome their differences to escape the fantastical world they’ve found themselves in.

“We’ve got a real game-changer here and the co-op genre is going to have no idea what hit them,” said Josef Fares, Founder and Game Director at Hazelight Studios. “There will be times the game will have you laughing, other times when it will pull at your heart strings and even moments where your pulse is racing because the gameplay is just that frantic. It’s all there, and we can’t wait to hear what fans have to say about it.”

“Hazelight goes beyond innovation and are true disruptors in their approach to game making, building experiences that bring players together in original ways,” said Steve Pointon, SVP 3rd Party Content & Development at Electronic Arts. “They are in every sense electronic artists and we are honoured to have supported them with their inspiring vision for It Takes Two, an action adventure that intimately blends humour, heart and gameplay in a co-op experience like no other.”

As players try to untangle the complicated web Cody and May are trapped in thanks to a magic spell that turns them into dolls, they’ll encounter ridiculous challenges around every corner. The unpredictable nature of each level will bring players through a uniquely metaphorical gameplay experience that tells a universal story of relationships, as Cody and May must work together to save their fractured marriage on the brink of divorce. Whether it’s vacuum cleaners on the loose, suave love gurus with lots of opinions or a night club in desperate need of a DJ, obstacles will pop up around every corner, making for some hilariously heartfelt moments.

With over 60 reviews of 90 or above thus far, It Takes Two offers players great value as it comes with a Friend’s Pass*, where they can invite a friend to play with them for free. Players can also try out the entire first level of the game with the Friend’s Pass Free Trial**, which can be downloaded separately from the main game. Then after the trial ends, only one player will need to purchase the full game to continue playing. It Takes Two is available now for the PlayStation 4, Xbox One, PlayStation 5, Xbox Series X|S and PC via Origin and Steam for $39.99. EA Play members can get It Takes Two for less with a 10% discount on all digital purchases. EA Play Pro members get access to the full game on launch day.

So this game has already had a very successful launch alongside some fantastic reviews as aforementioned. Congratulations to Hazelight Studios and EA on a great launch.

You can watch the official launch trailer below. Let us know in the comments if you’ll be picking this one up to play with a friend.