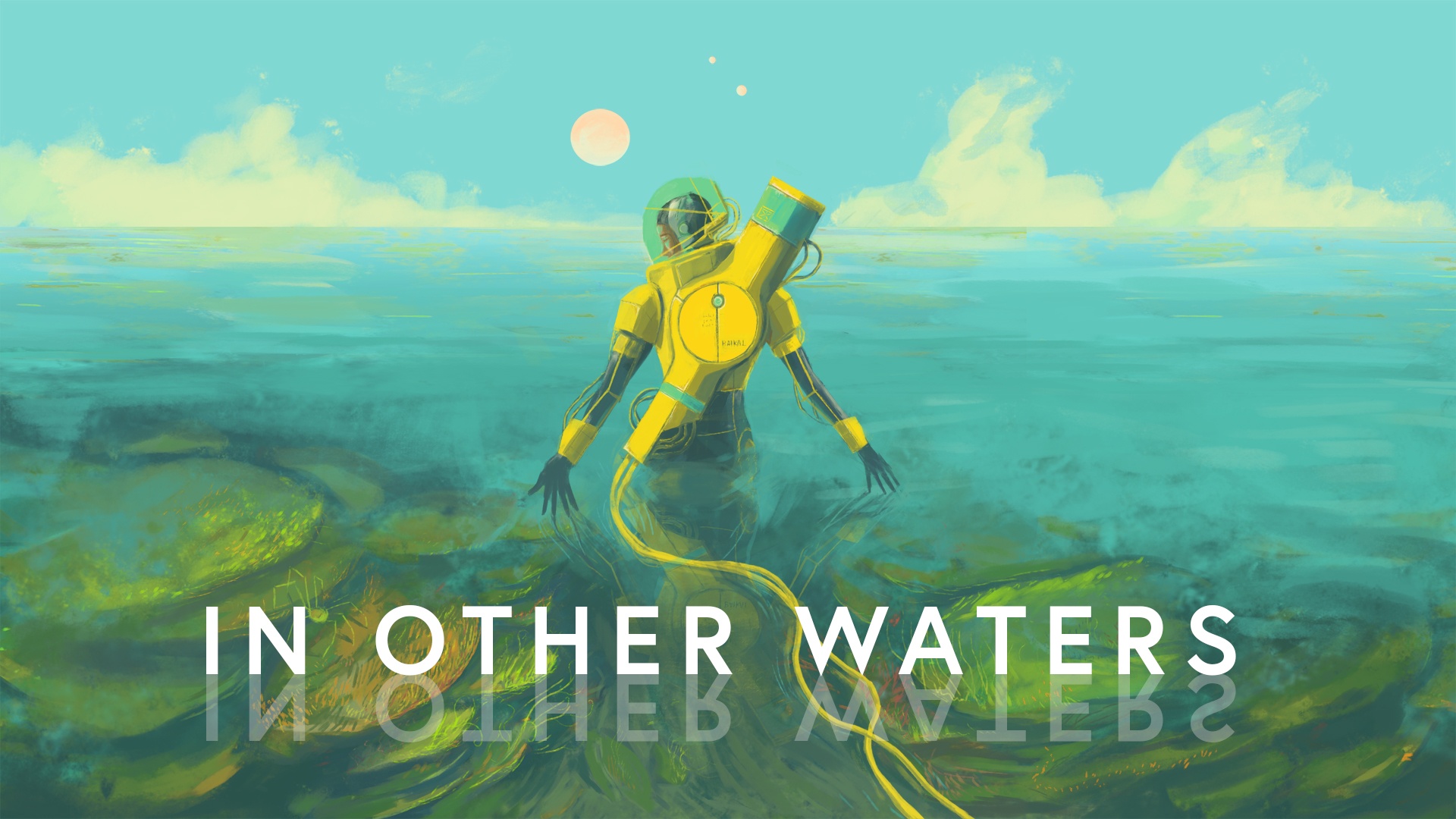 I’ve been having a hard time putting into words my thoughts about In Other Waters. It’s a hard sell, but it is an experience like no other I’ve played before. Crafted by the one-man team Jump Over The Age, In Other Waters won the Jury Prix award at IndieCade Europe in 2019. Gareth Damian Martin, the man behind the game, brings a unique blend of experiences to game development, from games journalism and graphic design to experimental literature. He’s put his skills to the test, making his first game In Other Waters. Winning a Jury Prix award at a European indie game festival with your first game is pretty impressive, so let’s dive in and check it out, shall we?

In Other Waters is a nice narrative-driven exploration game. In it, you play as an A.I. controlling a diving suit containing a xenobiologist named Ellery Vas on an alien planet. She communicates with you via a small dialogue box in the UI and tells you that she’s looking for her missing research partner Minae, who was lost during her research. As you progress you unlock more suit functions allowing you to explore more treacherous areas. Managing fuel and oxygen during outings is reasonably simple to do, as you can find samples of local flora and fauna to use as fuel, or convert to oxygen. The entire time you’re playing, you’re also gathering sample to bring back to your base to fill out the taxonomy lists in the lab.

The controls are very intuitive, though it took me a minute to get used to switching between the movement interface and the various inventories in docked mode. However, the touch screen interface is where In Other Waters is at its best in my opinion. It’s one of the few multi-platform games I’ve played that takes full advantage of the Nintendo Switch’s touch screen, and it leads me to believe that it would work very well on tablets.

Playing In Other Waters on the Nintendo Switch was a treat, turning off all the lights in my living room late at night and just having the teal glow from the screen was somewhat entrancing. In Other Waters has a very simple aesthetic, as the game is mostly played through a UI that looks like a nautical map. This allows you to guide Dr Vas around, collecting samples and learning what happened. The colours used complement each other well, and I never found the text hard to read, regardless of background colour.

The audio in In Other Waters is something pretty spectacular. I found the ambient music best enjoyed through a nice set of headphones. It was very immersive and calming. Something about ambient sci-fi style music just hits me right. It kept me rolling through the game, wanting to continue exploring. It reminded me a lot of that electronica from the 70s that I love to listen to. Every so often you’ll encounter a small turtle-like animal or something swimming around and you’ll get to hear them calling and communicating with each other, it’s quite the feast for the ears while you’re playing.

In Other Waters is by no stretch a long game, which is much to its benefit. Games like this sometimes tend to drag on too long, but clocking in at around 4 or 5 hours to finish the story, In Other Waters is a short but sweet dip in the water. You can definitely get more gameplay out of it by taking your time and filling out the taxonomy log, should you choose to.

To summarize, In Other Waters is a unique narrative-driven game, featuring exploration using a nicely designed UI. Complemented by some fantastic music and intuitively easy to pick up controls, In Other Waters is a truly unique experience, worth plugging a few hours into to get to the bottom of what’s going on. You could easily pick it up and finish it in a single sitting, or you could stretch it out, but for its low price tag of £13.49, I’d say it’s definitely worth looking at. I’m going to award it the Thumb Culture Gold Award. I decided to give it the gold, instead of the platinum simply because I know for a fact that it won’t appeal to everyone, but hopefully, from what I’ve shared with you here, you’ll go take a look. Now, if you’ll excuse me, I have to go finish filling out my taxonomy log.