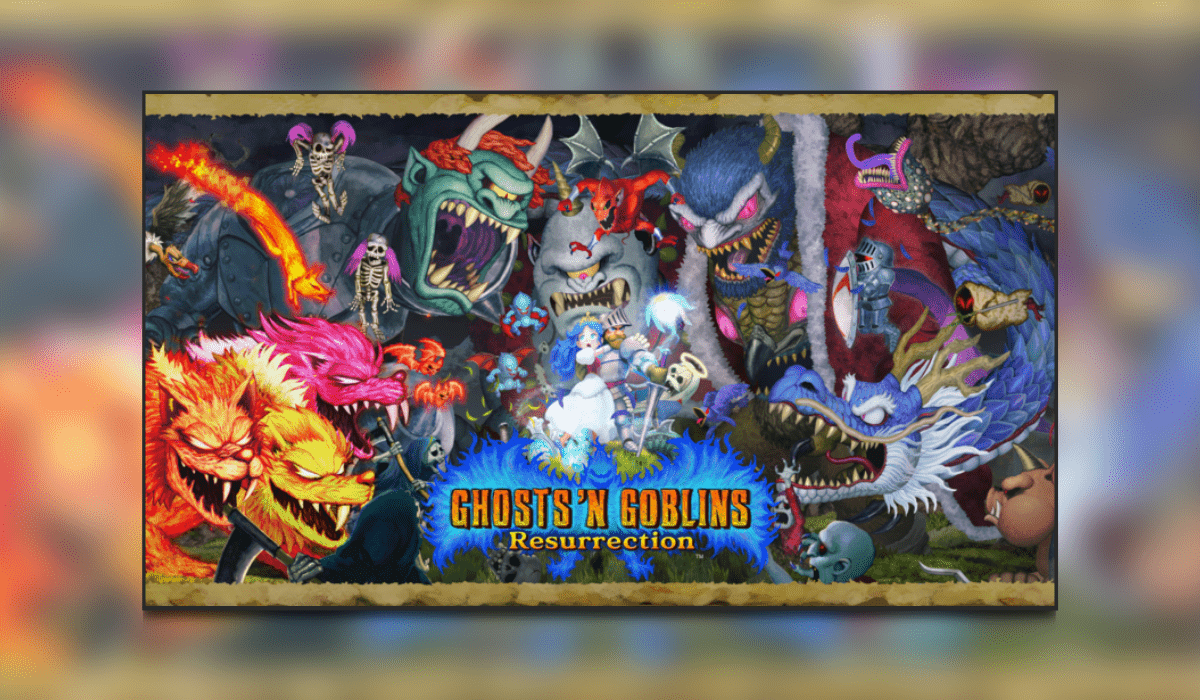 LONDON – June 1, 2021 – Today, Ghosts ‘n Goblins Resurrection arrives on PlayStation®4 computer entertainment system, Xbox One Consoles and Steam. The title will also be playable on Xbox Series X|S via Backward Compatibility. Previously released on the Nintendo Switch™ system, Ghosts ‘n Goblins Resurrection allows even more players to challenge again and conquer the carnival of quagmires that await them in the Demon Realm.

Ghosts ‘n Goblins Resurrection is a modern reboot of the legendary Ghosts ‘n Goblins series, featuring beautiful storybook-like graphics and action platforming gameplay. Players guide the brave knight Arthur as he battles his way through whimsical horror theme park-like stages on his quest to rescue the princess from the treacherous Demon Lord.

New knights, fear not; Ghosts ‘n Goblins Resurrection offers several features and modes to aid players on their journey through this demonic fantasy world. Players start off by selecting from one of three difficulties: Squire, Knight and Legend. A special Page mode is also available, granting new players (or knights in need of a little help) the ability to continuously respawn with unlimited lives. Ghosts ‘n Goblins Resurrection also features the mystical Umbral Tree, which allows Arthur to learn and upgrade a variety of magic spells and skills. With various weapons, magic and skills available, it’s up to each player to determine their unique play style as they make their way through the Demon Realm.

Adventurous knights can also band together in the two-player local co-op mode. The second player assists Arthur as one of three supporting characters: Barry, who creates barriers for protection; Kerry, who carries Arthur through danger; and Archie, who creates bridges to cross. The supporting player can switch between these characters to help Arthur defeat ghoulish enemies and overcome any unexpected obstacles.

Ghosts ‘n Goblins Resurrection marks the heroic return of the series, which debuted over 35 years ago. Paying homage to Ghosts ‘n Goblins and Ghouls ‘n Ghosts, the latest entry combines the franchise’s action platforming gameplay with storybook-like graphics and challenging new obstacles. Whether a longtime Ghosts ‘n Goblins fan or a newcomer, Ghosts ‘n Goblins Resurrection players can guide Arthur through his perilous journey in the Demon Realm using all of the weapons, skills, magic, and new allies at their disposal. Brave knights will need to proceed with extreme caution, as terrifying dangers and imposing challenges await, including familiar enemies like Zombie, Skeleton Murderer, Pigman, and Red Arremer. Similar to past Ghosts ‘n Goblins titles, brave knights will discover a whole new world of fright and foes on their second playthrough of the game, which presents new challenges and transformed stages.

Let us know in the comments if you’ve played on the Switch or are going to check it out on the other platforms. Watch the launch trailer on our YouTube below!