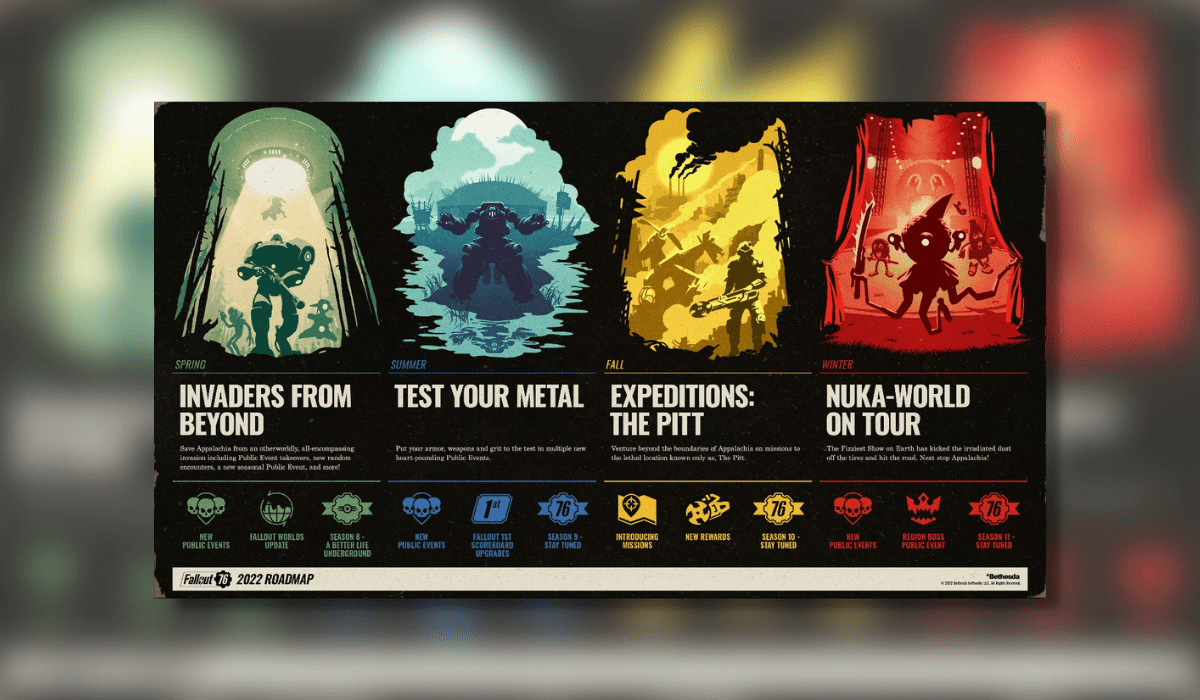 Fallout 76 Announce 2022 Roadmap. Bethesda Game Studios is gearing up for an exciting year in Fallout 76. Throughout 2022, players will experience a new lineup of content, beginning with the Invaders From Beyond update in Spring.

An Exciting Year For Fallout

Summer promises a variety of Public Events to play through with the Test Your Metal update. In the Fall, players will venture beyond the borders of Appalachia and into the Pitt in an all-new Expedition. Winter marks the arrival of the travelling Nuka-World roadshow in Appalachia, bringing with it new Public Events, a new Region Boss Public Event, new loot, and so much more! Finally, a new year of Seasons means more weapons, equipment, and items to decorate your C.A.M.P. Read on for the full breakdown of what’s coming this year to Fallout 76. 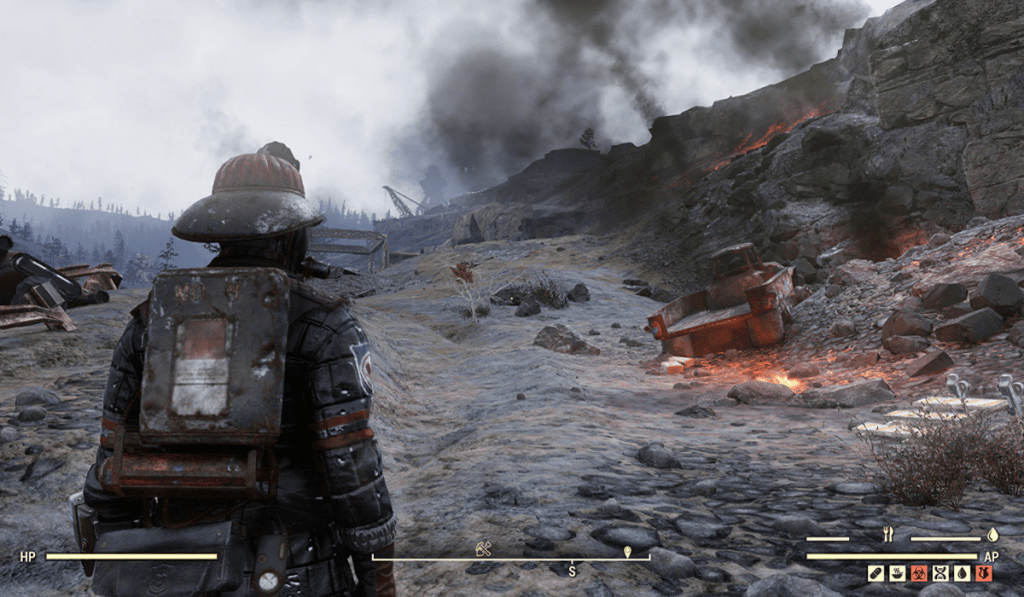 Our next patch will be here soon with an all-new seasonal event, Invaders From Beyond. In this map-wide event, players encounter UFO appearances and aliens. Defeat the invaders and destroy their deployed Brainwave Siphons before they complete their ”research”. This patch also brings improvements and changes to Fallout Worlds, including the ability to earn S.C.O.R.E. on daily and weekly challenges, new settings for C.A.M.P. buildings, PvP settings, disabling VATS, and Legendary Perks.

Expeditions: The Pitt arrives and introduces a whole new way to play Fallout 76. Accessed by a new hub in Whitespring, players will venture outside of Appalachia for the first time in the game. This update introduces repeatable off-site Missions where players will earn new rewards, meet new NPCs with quests and dialogue trees, and reintroduce the Trogs, an enemy first seen in Fallout 3‘s The Pitt.

An entrepreneur of the wasteland has kicked the tires and uncapped the pre-war Nuka-World on Tour travelling roadshow. The roadshow has set its sights on the Ash Heap region of Appalachia. Players can anticipate new Public Events with this update including a new Region Boss Public Event. Earn loot, explore the grounds, and interact with new NPCs to learn more about the show.