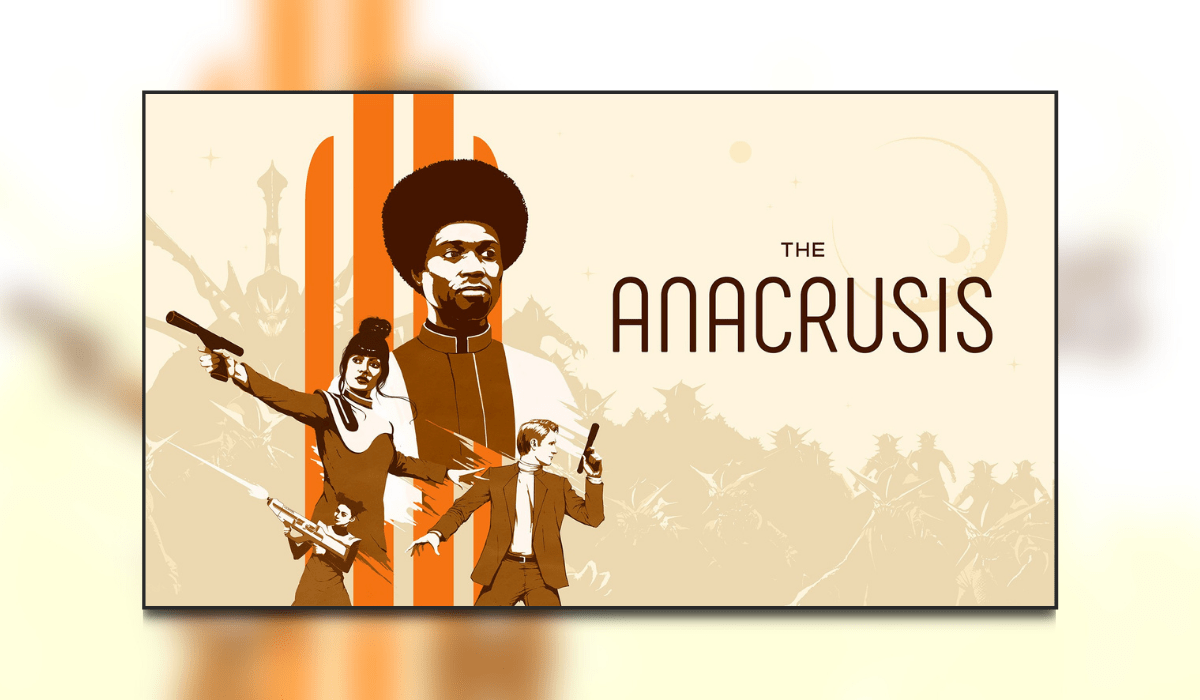 The Anacrusis is a fresh take on the co-op shooter genre, developed and published by Stray Bombay – a studio formed by ex-Valve and Riot developers. With such an established development team, I was excited to see what The Anacrusis had in store for us.

Falling short of the mark?

With mixed reviews, I go into this one cautiously optimistic. Is The Anacrusis a diamond in the rough, or does it completely miss the mark? Let’s find out.

The basic principle of The Anacrusis is to survive from point A to point B, finding saferooms along the way. Each episode has it’s own objective – although being honest, it’s not always clear what that is. The bright pastel colour scheme means every room looks kind of samey, and progression feels more like random luck of stumbling on the right path rather than organised navigation.

Death comes to the player from a variety of enemies. So far, I’ve discovered the following enemy types:

Being a Left 4 Dead player (like many others who love this genre), my first thought to these enemies is how closely they resemble the Tank, Witch, Hunter, Boomer and Smoker. Being in space, it would have been great to see some new, fresh and exciting enemy types.

To combat these enemies, The Anacrusis has provides the following weaponry;

Ammunition can be a real struggle in The Anacrusis, so lookout for weapon recharge stations or randomly placed guns throughout the level. Also keep an eye out for perk stations, where you can choose perks to help you fight through each episode.

From what I can gather, there are 2 ways to play this game; with friends, or without. Queuing randomly and playing with strangers is possible, but not ideal.. Lengthy queue times lead to lobbies with 1 or (if you’re really lucky) 2 other players, that may or may not communicate via voice chat. And that’s if you can even find anyone at all, many lobbies end with just yourself and 3 bots – not the recommended way to play this game. This wasn’t a great start for the review, and I ended up pulling in some friends to play with, which thankfully gave a much better experience.

Thankfully, playing with friends is an option through the party code, which allows you to control who you invite to your lobby. I can honestly say I had far more fun in The Anacrusis when playing with 3 friends and voice chat, it really takes the game up a notch.

True to the engine, The Anacrusis has the typical Unreal Engine 5 spacey graphics. Unfortunately I don’t feel as though this graphical style really matches the overall vibe of the genre. This strange mismatch means the game lacks the kind of scary atmosphere we’re expecting, particularly in the earlier levels. Overall this left me a little confused as to whether this is a survival horror game or a spoof.

On a more pleasant note, the audio is fantastic. With good ambient sounds and special FX for each enemy type, the devs have definitely got the audio spot on. Good background sounds, especially when something bad is about to happen, really adds to the atmosphere. I just wish the art style did the same.

This title is not something you want to play with random people, at least not in it’s current state. If you have friends to play with it will greatly help you enjoy the game.

There are some small annoyances which would stop me playing The Anacrusis over a game such as Left 4 Dead. For example, instead of a melee ability we are given the Pulse Generator. Left clicking will activate the defensive ability and push back all enemies within a few yards radius of the player. Pulse Generators have 3 charges, and recharge fairly quickly. To be brutally honest, I would prefer to see this mechanic removed and melee added instead.

The Anacrusis plays well, it’s smooth and well made. But that’s all I can really say. It’s not particularly exciting, gripping or thrilling and it doesn’t really add anything to the genre. It has a solid foundation, but I feel like a graphical overhaul is needed to bring something more to the title. In it’s current state, I’m a little underwhelmed and don’t really see why I’d play this over some of the older titles in this genre.

Available across Xbox consoles and PC. Let’s keep an eye on this one and see how it develops over the next few months.