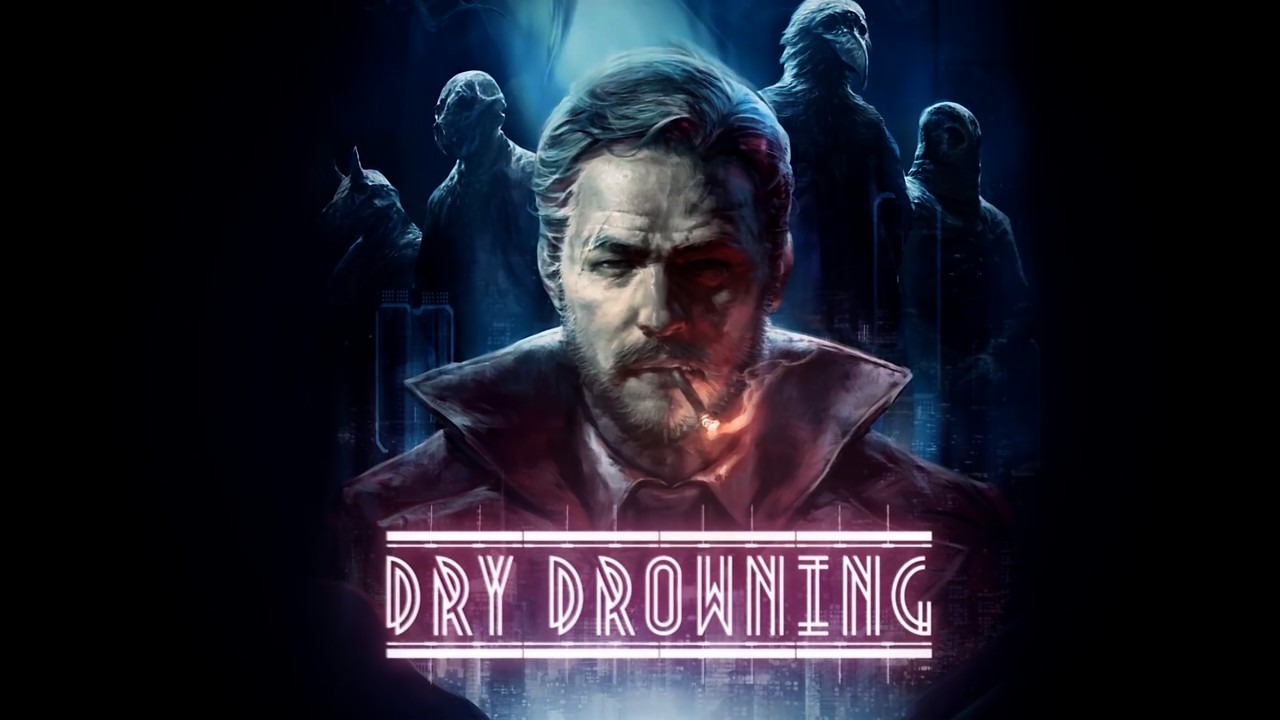 Dry Drowning is a noir psychological thriller video game delivered as an interactive visual novel. I was glad the drowning is metaphorical, alluding to surviving in this dystopian metropolis. This the debut title for developers Studio V in partnership with publishers VLG & Badland Publishing.

Dry Drowning puts you into the (gum) shoes of Mordred Foley, a disgraced police officer turned private detective. A case turned sour and left Hera as his only remaining friend and support. The city of Nova Polemos I found is in a dystopian future which has devolved following an extreme political party being elected. Said party seeking to remove “unwanted” people including Mordred’s partner Hera.

It is set in the year 2066 so is a not-so-distant version of a possible future. The political and social climate is not so different from that of present-day real life. The PC release in 2019 was when Donald Trump and his ‘make America great again’ movement was in full swing.

Previously released on Windows, Dry Drowning is now available on Nintendo Switch and coming to PS4 later this year and to X-box One in 2022.

Dry Drowning – worth holding your breath for?

I really am excited to play Dry Drowning and if you are too then leave a comment below. We at Thumb Culture would love to know what your thoughts on the game are too.

Picking up a few years after becoming a PI, Mordred is offered a case he can’t turn down. However, this puts Mordred at the centre of Nova Polemos politics and a past case he thought long closed.

Dry Drowning wasn’t what I was expecting from a visual novel. Initially, I was unsure but I quickly engaged with the characters and followed the story. The character design when it came to facial expressions awkward & comical. Dialogue came across a little ham-fisted and cliché at times but satisfying overall with the noir detective tropes.

What I did appreciate and made Dry Drowning feel different was how interactive it is. Finding clues and other information was done by Mordred actively investigating locations. Some clues were key to the story or some simply red herrings. I did find this very linear as finding every clue was the only way to proceed and Navi level support from Hera.

The ‘living nightmare’ lying mechanic is what sets Dry Drowning apart. If an NPC was lying, Mordred would see them as wearing a literal mask. Using items and notes from previous scenes, similar to LA Noire, you would reveal the truth and the mask would fade.

A large part of Dry Drowning is the dialogue choices I was presented with. The majority of these had no impact on the rest of the game but some choices did. When the major choices came I found myself struggling to decide what to do. I was invested in the fates of the characters and I would agonise over the possible consequences. The decisions I made did have an impact and I was glad to see how that played out later. 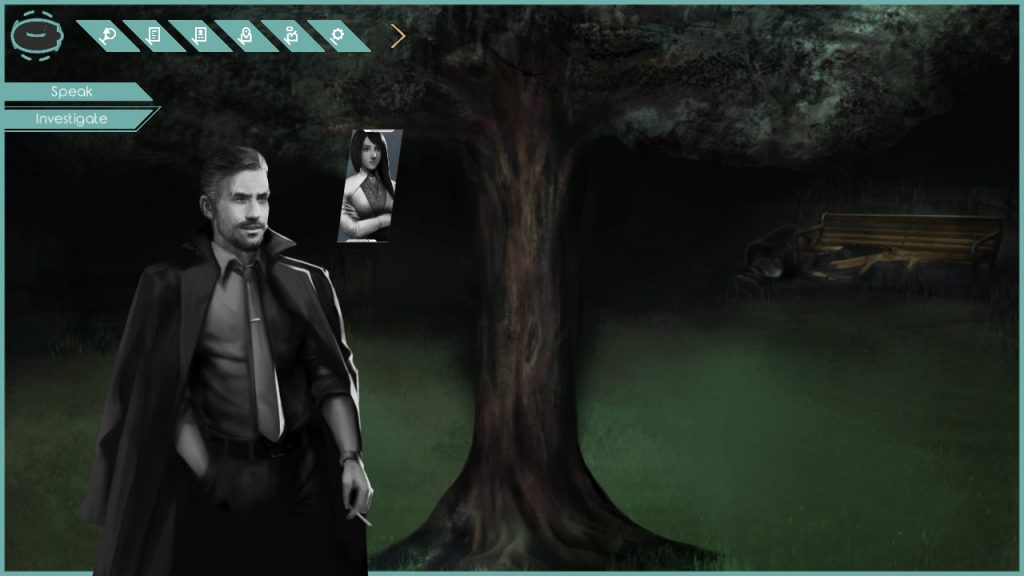 My review of Dry Drowning is based on the Nintendo Switch version and the graphical settings the game has. The graphical options and resolution come pre-set without the ability to be changed. The game design didn’t suffer from the default settings given the visual novel nature of the game. I found the transitions between scenes & locations worked well and without issue.

A possible exception to this being the slightly long loading times between locations and scenes. The various locations were confined to certain areas akin to backgrounds in a play. Ranging from Mordred’s office to the police station. I did feel invested in the story in no small part to the level of detail, especially with the interactive elements.

The dialogue of Dry Drowning is told without any vocal dialogue instead of opting for text boxes. The one exception for this is a monologue delivered by Mordred in a sequence leading into the start menu. I initially found the absence of vocal dialogue disappointing but shortly after beginning to play, I didn’t mind this choice.

The visual style of Dry Drowning meant it went hand in hand with substituting voice-over for the soundtrack. The numerous scores used in different locations and to match the situation and mood at that moment worked well. So much so I felt this helped me relate to the characters just as much as hearing their voice would have.

Dry Drowning is an on-rails single-player game so no other game modes besides the main story to play through. I really appreciated the multiple-choice aspect of Dry Drowning and I felt that the big choices had weight. Luckily these choices had no time limit as I found myself agonizing over what to do. Seeing how these choices influenced the following chapters in expected and unexpected ways kept me hooked. I am definitely interested in going back and seeing the rest of the 3 possible endings.

I really enjoyed Dry Drowning and how it created a captivating story from the start. With a rich backstory, sadly similar to 2019 America politically and socially.  This is relevant throughout the story and drives much of the story and character motivations. Not simply an interactive novel but with a lot of interactive elements which keep you engaged. Game mechanics like the ‘living nightmare’ system puts a spin on the noir genre.

Dry Drowning can feel on rails and facial expressions silly at times but still engaging to play. The player decisions at key moments have a significant impact. Relating to the characters and the world really made decisions important. Knowing there are multiple endings means I am keen to play more Dry Drowning. I’m very excited to see what Studio V makes next!

If you enjoyed this review, why not check out my previous article here 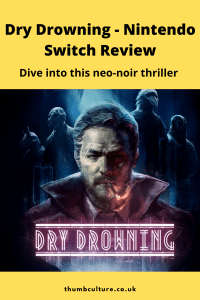