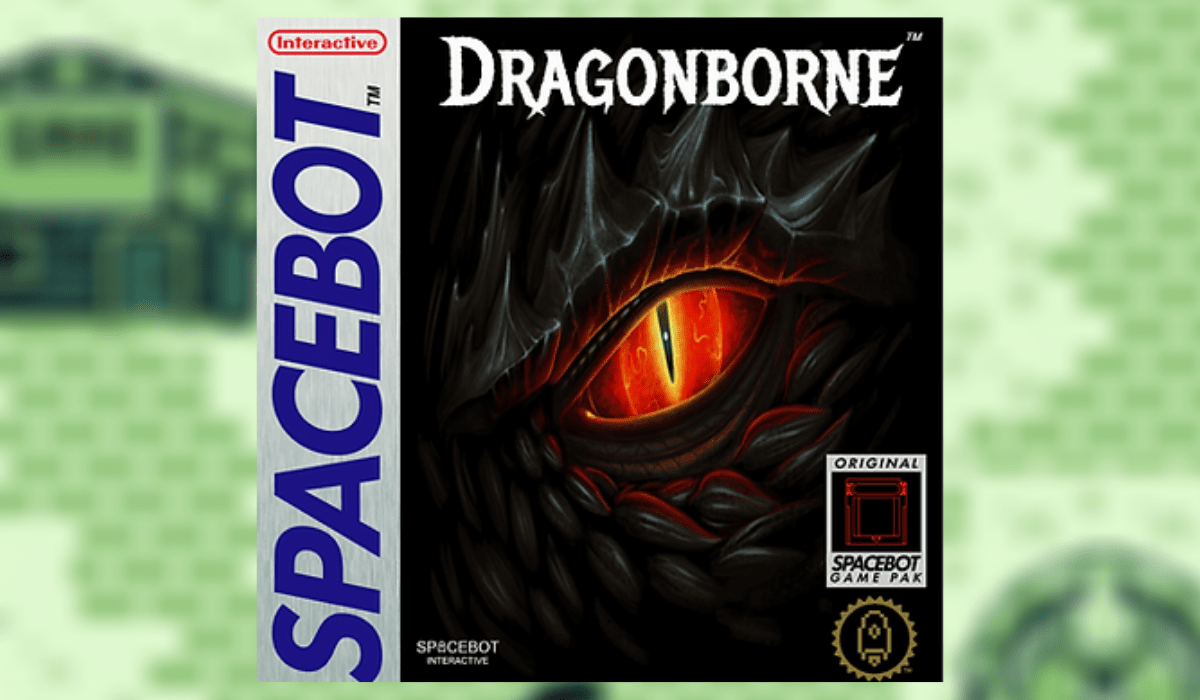 Dragonborne has released on Steam! Dragonborne was originally brought to us by Spacebot in 2020 to Game Boy, Game Boy Color and Game Boy Advance. Yes, you read that right, a new Game Boy game in 2020.

The game is a classic adventure RPG which mixes gameplay mechanics from games such as The Legend of Zelda: Links Awakening, Pokémon and Dragon Warrior. Sounds pretty cool to me as I am a big fan of Links Awakening and also adore Pokémon.

In Dragonborne you will travel through the region of Argon as Kris, in search of your missing father, Kurtis. Kurtis was the greatest dragonslayer the region has ever know. Fight your way through dungeons to save the region before the dragon’s wake and wreak havoc on the land.

Dragonborne contains around 10 hours of gameplay, dozens of enemies, weapon and armour upgrades, character zapping and ranking system, collectibles, detailed battle scene graphics, and multiple endings.
Apart from Steam, Dragonborne can be acquired at https://www.spacebot-interactive.com in physical format, along with its original box and manual, being compatible with all Game Boy, Game Boy Color and Game Boy Advance handhelds.
Features

If you’re interested in buying the game, here’s a link to the Steam page.

Have you played Dragonborne or intend to play on Steam? Let us know.