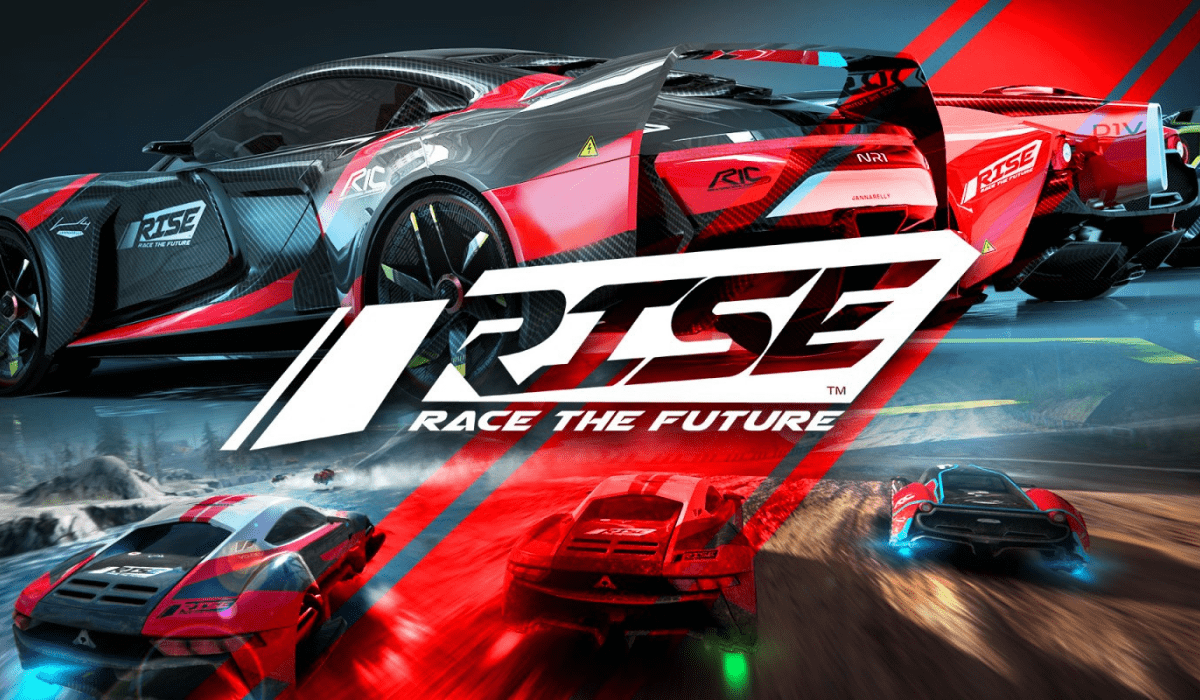 Rise: Race The Future is a car racing game developed and published by French portable game wizards VD dev.  Set in the near future whereby your car can race not only on roads but also on water, how would it fair on the Nintendo Switch?

How do you find the game? Do you agree with my review? Leave a comment down below and while you’re here check out my last review!

I have played many a driving game in my gaming life, some nice and easy, others really tricky.  For me, the thrill of racing is being made to feel that you have worked hard for that win.  When I was given Rise: Race The Future to review (referred to herein as Rise) I really did not know what to expect, only one way to find out really!

Essentially, Rise is a rally game that has had some of the mechanics tweaked slightly to give it a spin from the norm.  There is a championship to compete in, challenges to conquer and time trials to smash.  Each competition you complete unlocks various race tracks and vehicles for you to use.

The terrains are nice and varied featuring tropical, desert and icy environments, however, you would be mistaken for thinking that this is just for aesthetics.  What caught me out, very quickly I might add, was how the handling was affected depending on the varied surfaces.  One moment you are skimming across the dusty track towards a corner and the next you have gone through the barrier like a mad bull.

The drift and sliding elements do take a little while to learn and of course, vary between track and vehicle.  Timing, speed, the angle of the car and how the weight transfers during cornering are just some of the factors to get right if you want to finish first.  Failing that you will be punished.

Once you have got used to controlling your turbocharged car you will then face water zones during your race.  Smashing into these sends your vehicle into what I like to call “Delorean mode” whereby its wheels retract and you are left with a hovercar as you glide effortlessly across the surface.  All is fun for a short while until you try and turn a corner too tightly and end up spinning around.  Again another thing to master!

The latest update, V1.6, and possibly the last for Rise given how long it has been supported, introduces a local two-player split-screen mode that can be played both in 30fps or 60fps.  It is certain to say that this game pushes the Switch to its limits and remains as fluid and graphically amazing as single player does.

Rise looks amazing on the Nintendo Switch, offering you the option to run the game either on medium quality at 60fps or high quality on 30fps.  There is a noticeable difference when playing the game between the two graphic settings.  Medium 60fps obviously plays that little bit smoother and has a more arcade machine feel to it however this is at the sacrifice of a lot less detailed textures.  In contrast, running at high-quality 30fps mode shows off Rise with better textures and lighting effects although I did find the constant motion blur on your car to be a bit annoying, I have never been a fan of it!  It’s down to you to decide which one you like however you can come out to the main menu and switch between the two whenever you want.

When it comes to the car design it would be wrong of me not to mention that all of the vehicles in Rise have been drawn by Anthony Jannarelly, a man famed for designing the Lykan Hypersport.  In a way its pretty cool to have him onboard, you never know one day you may be driving one of the actual vehicles from the game!

The audio features a pumping mix of rock and electronic soundtracks that keep you in that racing mindset while the sound effects of the engines roaring and turbos wooshing aid to keep the immersion going.  There is no race commentary or dialogue, it is just you, your car and raw racing.

Rise features 32 tracks to race on however really they are just 4 big ones that have been split into various segments and can be played in reverse.  That said there is a fair bit of diversity between them to keep you entertained.  With leagues to compete in as well as the other modes you will have a drive to unlock all of the tracks and vehicles.  Two player mode adds that little spark of a non-AI challenge to the table which is certain to keep the fun going for some time.  While the drifting mechanics take a bit of getting used to the game is rewarding overall.

Rise is a pretty amazing game for the Switch and really unlocks the power it has.  If you are into racing games and want to be challenged then this a decent game to pick up from the store.  With various difficulty settings to set the AI at, even rookie can pose a few issues if you tend to spend a lot of your time spinning out on corners.  Graphically the game is beautiful, drifting physics are a learning curve and yes you can nudge the car in front of you out into a spin if you so desire.  The added two-player mode will keep gamers having couch co-op fun for a long time! 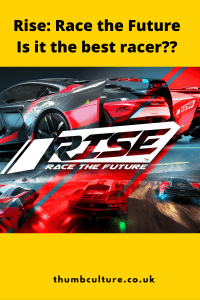