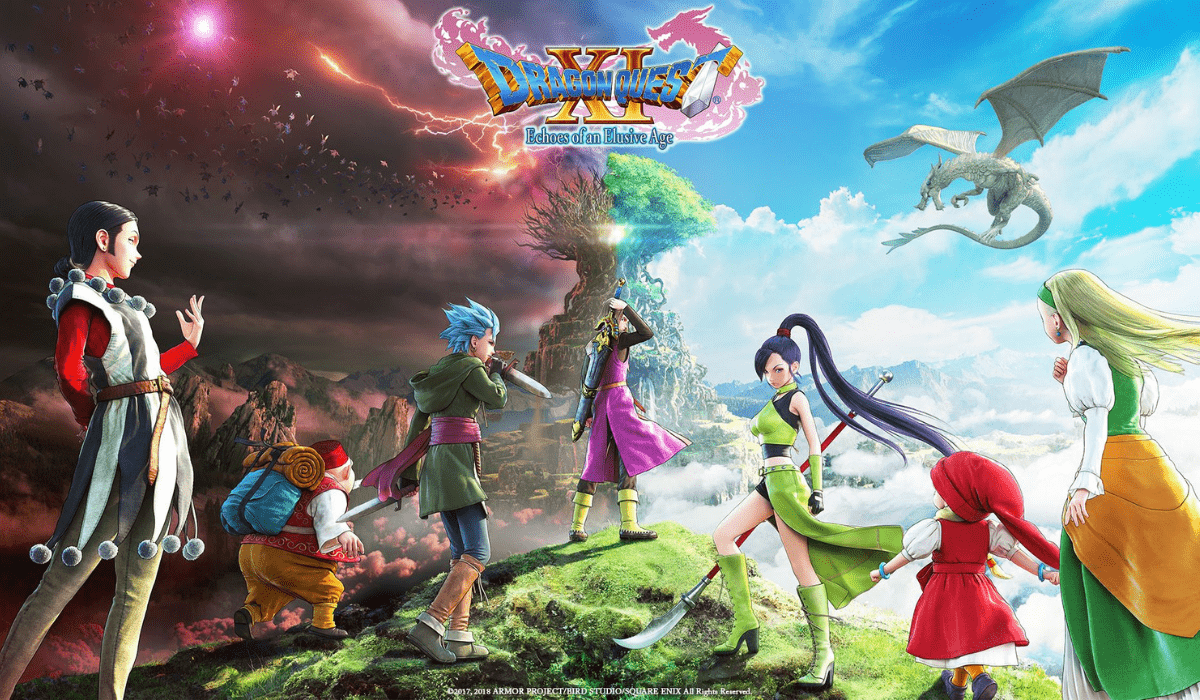 Published and developed by Square Enix comes another entry in the Dragon Quest franchise. While it was released in Japan for the PC and the PS4 in 2017 it wasn’t until over a year later did the rest of the world get a release on the PS4, Xbox One and Nintendo Switch. So let’s jump into the JRPG juggernaut that is this Dragon Quest XI review.

Going into this game it was my first experience in the Dragon Quest franchise and coming from someone who is a huge JRPG fan and an RPG fan, in general, I felt ashamed but all my worries went away as soon as the game started so join me as I go through this absolute masterpiece and if you enjoy this then check out my latest post here or check out what the rest of Thumb Culture are up to on our social media.

Dragon Quest XI S carries on in the Dragon Quest series where you explore a vast open-world to stop the darkness from destroying the world and the burden falls upon The Luminary as he travels from place to place learning the darkness’s secrets and recruiting some friends along the way to help him on his journey. Straight away from when the game loads up and you take control of your character you just know you are in for one hell of a ride of fun, laughter, misery and heartbreak.

As the same with the previous Dragon Quest games, it stays with the trope of it being a turn-based battle system which I absolutely love and hope more RPGs stay with this system in the future. It is so easy to get used to but it can also be very strategic as you need to plan your attacks depending on what enemies you face. The enemies are the same as others in its franchise but it also adds some new enemies with even more comedic names. I swear I could spend hours just looking for different enemies just to see what they are called.

Giant JRPGs can Dragon Quest have the tendency to be a little tedious with repetitive side quests or doing the whole grinding thing that people usually just overlook but Dragon Quest does it in a matter where it just doesn’t seem to get boring and the rewards for doing so are really worth it instead of grinding for hours on that one weapon you want but only for it to be 2 stats higher than the one you already have equipped.

There are 6 other characters in the game and you can have 4 on the battlefield at any given time so you get the option to swap everyone around at will and try out different tactics and strategies and to also use different combinations of Pep Powers that are ultimate abilities you can use and there are so many different ones you can have a blast experimenting. The animations for the Pep Powers are also cool so there’s that as well. I noticed that enemies don’t level scale with you so can actually grind straight away and get really overpowered early on if you wished but that doesn’t mean the game is easy. I did actually die a couple of times because I lost concentration and was punished for it.

One amazing thing about Dragon Quest XI Echoes Of The Elusive Age is that you have the ability to go into the setting and change the game from 3D to a top-down 16-bit version which truly gives you all the nostalgia of playing the game like back in the day on the Super Nintendo.

Its vast open-world is just vast enough in my opinion. It’s not immensely huge and overwhelming where it’s easy to get lost and forget where your going and its also not too small where you can easily cover the entire map in just a few hours. It also makes it great that you can travel by horse if you wish to get to places faster on the ground and you can also travel by boat to get the obscure places or villages and towns that on other islands.

The game ran absolutely fine with me. I didn’t experience a single glitch or bug. Everything is so beautifully colourful and sharp. Cutscenes are great although I would have liked to see more of them. Character animations are perfect and that also goes for the NPCs which is rare in games these days. The buildings, different weather effects, the open sea, everything just gives you that lovely feeling that you can really get immersed in.

For me the audio is the only downfall in Dragon Quest XI S. There must be only a handful of tracks in the entire game and when you’ve heard them over and over again for hours on end then it can get annoying but the Dragon Quest franchise is known for its lack of sound and music so if you go into it thinking they may have changed it then you’d be wrong.

Having not played any in the franchise I didn’t know what to expect. I knew it was a JRPG and they are known or being time-consuming but nothing could have prepared me for hours that you can pour into this. After playing through the main story and doing only a few side quests and just a little grinding I realised I had put over 150 hours into it so I’m predicting that going back and doing all the side quests and maxing out every character then I would say it is at least a 250-hour game and that’s doing it in 3d. If you wished to do it all again then there is the top-down 16-bit option to give you a different gameplay experience. 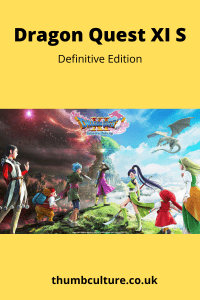 Been playing video games for as long as I can remember with the C64 being my first computer. While I do enjoy the games of today I’m more of a retro gamer who loves nothing other than getting in lost in a good old-fashioned RPG from the 80s.