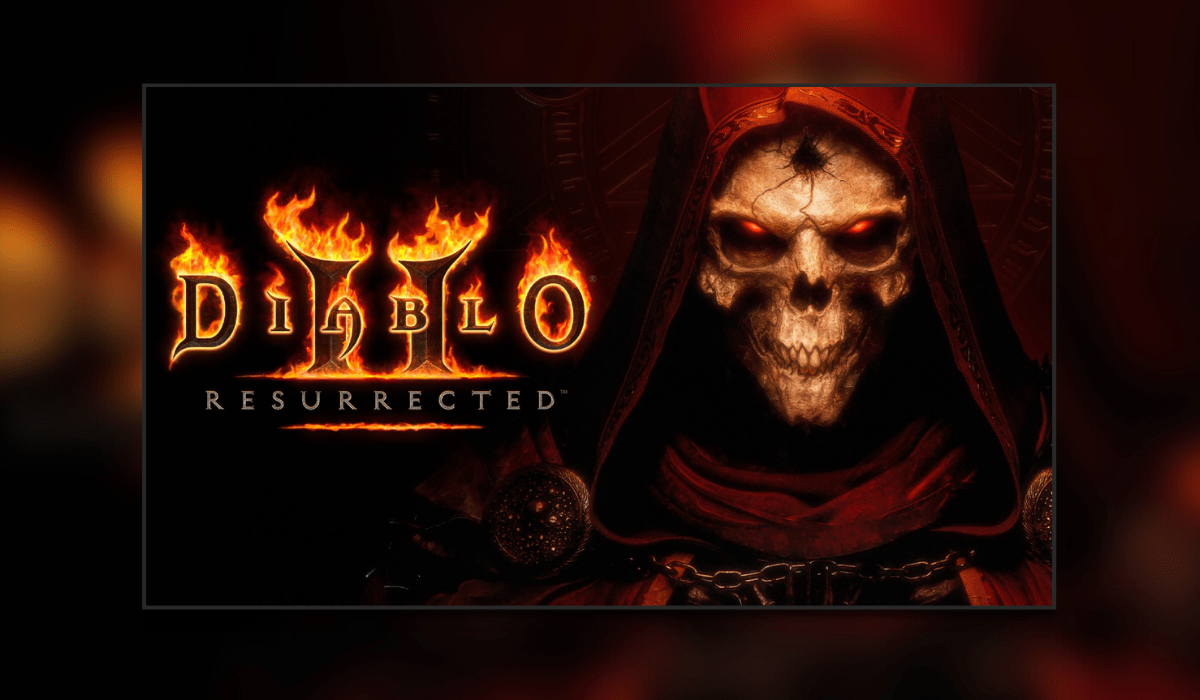 If you were playing any looter game in the early 2000s, it was probably Diablo II. This game, back in the day, was considered a masterpiece and now it has a fresh coat of paint, and boy does it look good! I was studying in music college at the time and discovering new and old metal bands. These bands were my soundtrack to Diablo II, and they still are for Diablo II Resurrected. Many of my acquaintances had sunk thousands of hours into this genre-defining game, right up until the release of Diablo III.

Diablo II Resurrected – “Not Even Death Can Save You From Me”

As you probably know, Diablo II Resurrected is a role-playing ARPG developed and published by Blizzard. Vicarious Visions also had a hand in its development regarding the 3D implementation. Its original iteration was released in 2000. Diablo II Resurrected released on all major platforms on September 23, 2021, as digital-only. One of the things I was most intrigued about was how the control would work on a controller as opposed to the old keyboard and mouse configuration. What you will get is the original game and its expansion Lord of Destruction on consoles for the first time! I played this on the PlayStation 5 and look at how good the cinematic looks below.

Can this 20-year-old game stand the test of time, or should it have been left in the past with precious memories? Read on to find out.

To cut a long story short, Diablo is one of the three Prime Evils. After the hero from the first game contains Diablo’s spirit, he has assumed the role of Diablo thinking he could contain the demon. He was wrong! Diablo now wants to raise an army and free his brothers, the other two Prime Evils to conquer the mortal realm. The Triumvirate of Evil is Diablo: Lord of Terror, Baal: Lord of Destruction, and Mephisto: Lord of Hatred. All pleasant-sounding chaps, but rulers of the Burning Hells.

The game takes place in Sanctuary, which is where the Prime Evils were banished to by the Lesser Evils Andariel: Maiden of Anguish, Azmodan: Lord of Sin, Belial: Lord of lies, and Duriel: Lord of Pain. The player takes on the role of an anonymous hero who is trying to chase down Diablo before he can execute his plan.

As this game includes the expansion from the original game, you have seven classes to choose from instead of five. The Amazon, The Necromancer, The Barbarian, The Sorceress, The Paladin, The Druid, and The Assassin. The game is set across five acts each containing a series of quests. The quest path is fairly linear but the environments are all procedurally generated. There are also optional dungeons in each area for you to explore and mow down hordes of the undead for loot and gear.

From here your journey will begin. Get familiar with your inventory as soon as you can because you will be spending a lot of time here. Either stashing gear and money, moving things about, equipping and trading gear, you get the idea. All items can be found in chests or robbed from your slain enemies. It will get full quickly but thankfully you can use the Scroll of Town Portal to get back to your encampment and trade. It’s also worth noting that you auto-loot gold now instead of picking it up, although this can be toggled with you want to stick to the old-school experience.

Alternatively, each area will have a waypoint. These are magical portals that will teleport you to another as long as you have found and activated them. Do this for every area if you can, it makes life so much easier. As you progress, the enemies will get harder but the loot will get better. If you die, you lose everything. All your gear and cash, gone! You do get to keep your potions though, so that’s something. You then have to search out your corpse to get it all back. Permadeath is still a thing for the hard-core players out there – you have been warned.

There is a lot of freedom with skills, abilities, and creating your build. It can sometimes get a bit overwhelming but with a little trial and error, you will find something you like.

As fun as the game is there are some annoyances. Specifically accidentally picking up loot you don’t want in the middle of a fight because the attack command is mapped to the same button. I got pretty sick of my Paladin giving me grief every fight telling me he can’t carry any more or “I am overburdened”.

Fans of the original will take to this game like a duck to water. However, to new players, it might feel a little complicated and overwhelming. There is no right or wrong way to play it. Like I said before, experiment, and there is plenty of help out there for newcomers. This game is a grind, and you will need to do it to be able to take on later bosses.

Annoyingly, you can’t take your offline character into an online game. You have to create a whole new character to play online with friends. Hopefully, you would have spent enough time offline to be equipped to do this. With the battle-to-battle gameplay, it can seem a little chaotic, but also slow at the same time. Sadly due to connection issues with Battle.net I was not able to try this out. Still, it is great to play for a few hours at a time.

As you can imagine, this is where it has had the biggest overhaul. The game has been taken from the 2D realm and thrust into 3D quite spectacularly. How do you make a masterpiece look better? Just look at the comparison pictures below of how good a 21-year-old game looks in 4K.

What an improvement! And I just love how shadows and light bounce around as well creating reflections on the floor. The cinematics in the original game still looked pretty good but they look amazing in this remaster. A great deal of effort has gone into the remaster to retain the look and feel of the original game that players know and love. Because the models are overlayed on top of the 2D sprites, it makes it easy to switch between the new version and the legacy version with the click of a button.

All the sound has been updated too with that glorious soundtrack sounding better than ever in 7.1 Surround Sound.

There are many reasons to keep playing this. While the main story will take 15-20 hours, you will want to be doing it again with different classes and experiment with different builds. Add in the varying difficulty choices and of course, the online play, this could keep you going until the release of Diablo 4. Over the last two decades, people have sunk thousands of hours into this game and it’s easy to see why. Its pick-up-and-play nature will fit into people’s busy lives without requiring a great deal of commitment.

If it ain’t broke, don’t fix it! Diablo II Resurrected is essentially the same game but with minimal gameplay changes such as the shared stash and auto-loot. The addition of the Lord of Destruction expansion is also quite welcome. The graphical overhaul it has been given is phenomenal. I think once the connectivity issues are sorted out then it will be the complete package and players will not be disappointed. This will definitely scratch the itch of fans until the next instalment.

I give Diablo II Resurrected the Thumb Culture Gold Award.