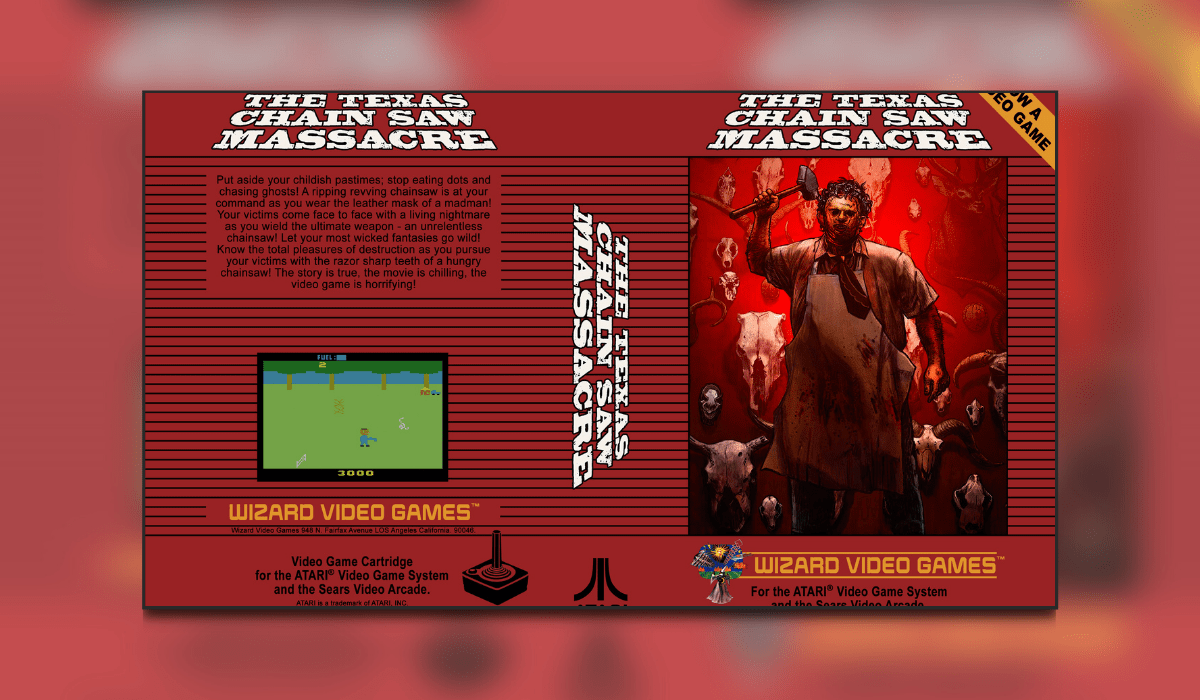 The Texas Chainsaw Massacre – The Saw Is Family

For day 18 we go way back. Back to the early 80s. 1983 to exact as we take a little look at The Texas Chainsaw Massacre on the Atari 2600. The horror movie icons just keep coming in our 31 Days of Halloween so if you enjoyed this then why not check out the previous day’s entry here. You can also catch up with what the rest of the Thumb Culture team are up to on our social media.

So it’s our first entry from Atari and not the last (stay tuned for the other) and it’s probably the original slasher icon himself Leatherface. The Texas Chainsaw Massacre is what I suppose you could call a horror game. I mean it’s on the Atari. But it’s not a horror list without it. Classed as one of the rarest games for the system. The Texas Chainsaw Massacre did something a little different on Atari. It actually lets you play as the killer Leatherface. Instead of just a normal character.

The whole premise of the game is to get as many points as possible by killing as many people with your iconic chainsaw. The game ends when you run out of petrol for the chainsaw but there are refills that pop up every now and then. The game is referred to as a classic when it comes to horror video games and while it doesn’t look appealing and the sounds are just awful. The Texas Chainsaw Massacre is one of those games you need to have played at least once before you die.