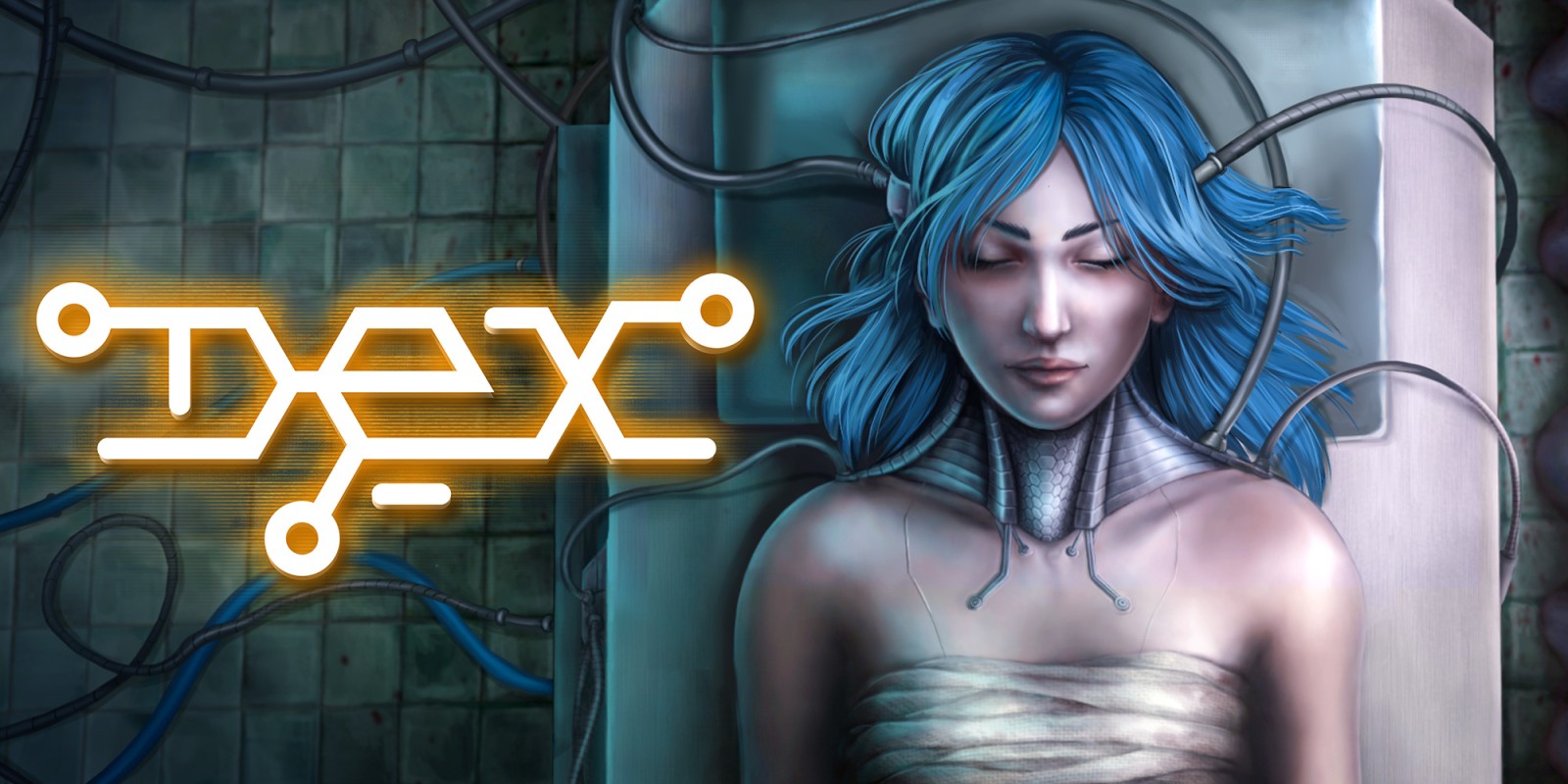 Coming from Dreadlocks ltd, a Czech based developer with their first PC/console release is Dex, a 2D side-scrolling action RPG. Previously released on PC, Xbox and PS4 & PS Vita in 2016, comes the Nintendo Switch version. The game takes place in a bleak city setting some time in future, along the lines of the Deus Ex series or Blade Runner.

You play as Dex; a young woman suddenly being pursued by The Complex, a group of mega-corporations who in this dystopian future are essentially in charge of the fictional city of Harbour Prime. Alone and desperate, you find help from a group of hacktivists and their allies who oppose these corporations and seek to break their hold on the city.

Dex delivers an intriguing story that keeps you interested as you are dropped right into the thick of it as you gradually learn what is happening and why you are being pursued. The dialogue options give Dex a more personalised feel and affect the direction of the story. Despite the choice of dialogue and the response of other characters, it felt like the result would be the same so somewhat disappointing. With the 2D design of the world exploring Harbour Prime is surprisingly complex as the city opens up with the story progressing. From the slums on the outskirts to the upscale high-rise area and everywhere in between. Each area has own look but as you explore you see patterns into the design of locations, especially inside buildings and structures.

Along with the story, the combat is one of Dex’s strong suits. The game has several different types of enemies with their own look and combat style. The game offers different styles of combat from melee to guns and using the environment to your advantage. Fighting enemies hand to hand was fun but the gun controls with aiming were very awkward and difficult so more often than not opted for melee.

The dystopian future setting and the story means that hacking is a major aspect of the game and is utilised quite often. When it comes to the main story this means regularly completing a hacking mini-game. The mechanics of which quickly felt frustrating and somewhat out of place with the rest of the game.  The different play styles do give players much variety especially as you upgrade your character to specialise with points you can spend or items you can obtain. The levelling up system is simple but is able to suit the variety of players in how they would go about completing the game, from getting in the thick of it fighting hand to hand or avoid fighting entirely using the environment to your advantage. 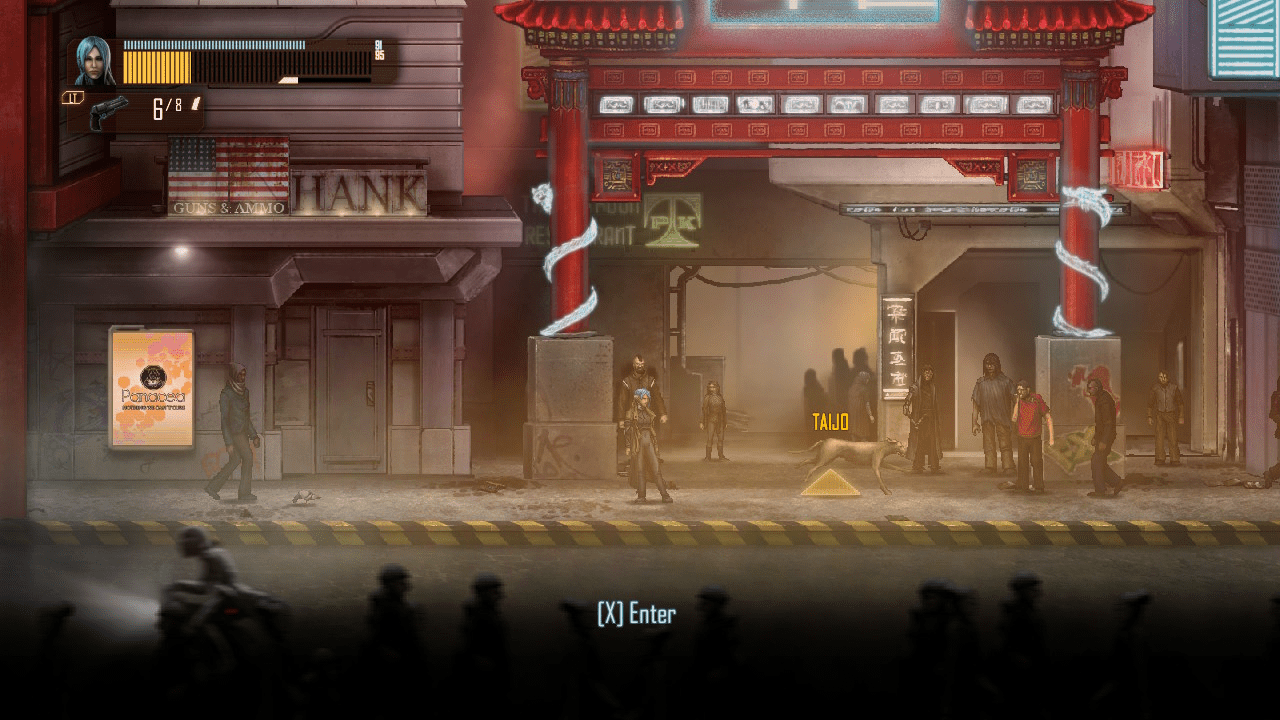 As well as being a 2D side scroller, the Dex employs the look of past 32-bit video games to give a retro feeling. This actually worked well as you explore the different areas of you explore in this small but open world. The different areas of the city were well detailed however the general layout of buildings and structures were similar and eventually felt very repetitive.

In keeping with its old school appearance, the Dex uses still images voiced over during cut scenes which didn’t take away from seeing characters engage. The 2D character designs showed the distinct looks, particularly the enemies you fight from their weapons and combat to the appearance themselves.

In keeping with its retro style, Dex uses stills of the characters during cut scenes or small animated avatars during dialogue. This means that the characters voices have to do the work for their portrayal. The voice actors do this well and are a big part in delivering a story you want to see to the end.

The use of music in a 2D game set in the near future with a hacking plot element is much what you would expect with techno music makes up much of the soundtrack. The score adds to the game, with changes in different areas and as the stakes are different such as during combat. 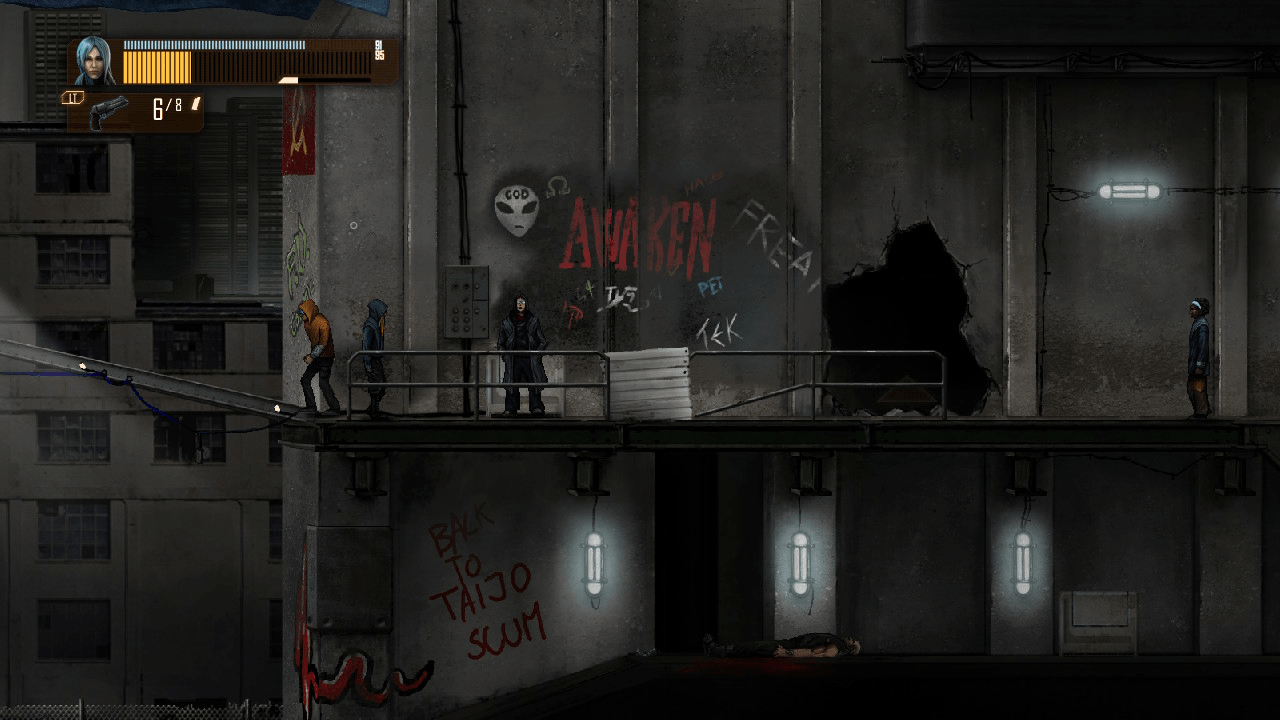 Going into the game, I expected Dex to be short and to the point but was surprisingly more to carry out and explore. While the game can be completed relatively quickly on one playthrough there are different play styles and ways to engage with the world. There are also a number of engaging side quests to go back to between the main story or an additional playthrough. The ways of upgrading and specialising the character can lead to a very different experience on later playthroughs. Giving different ways or exploring Harbour Prime, completing side quests or even changing the outcome. 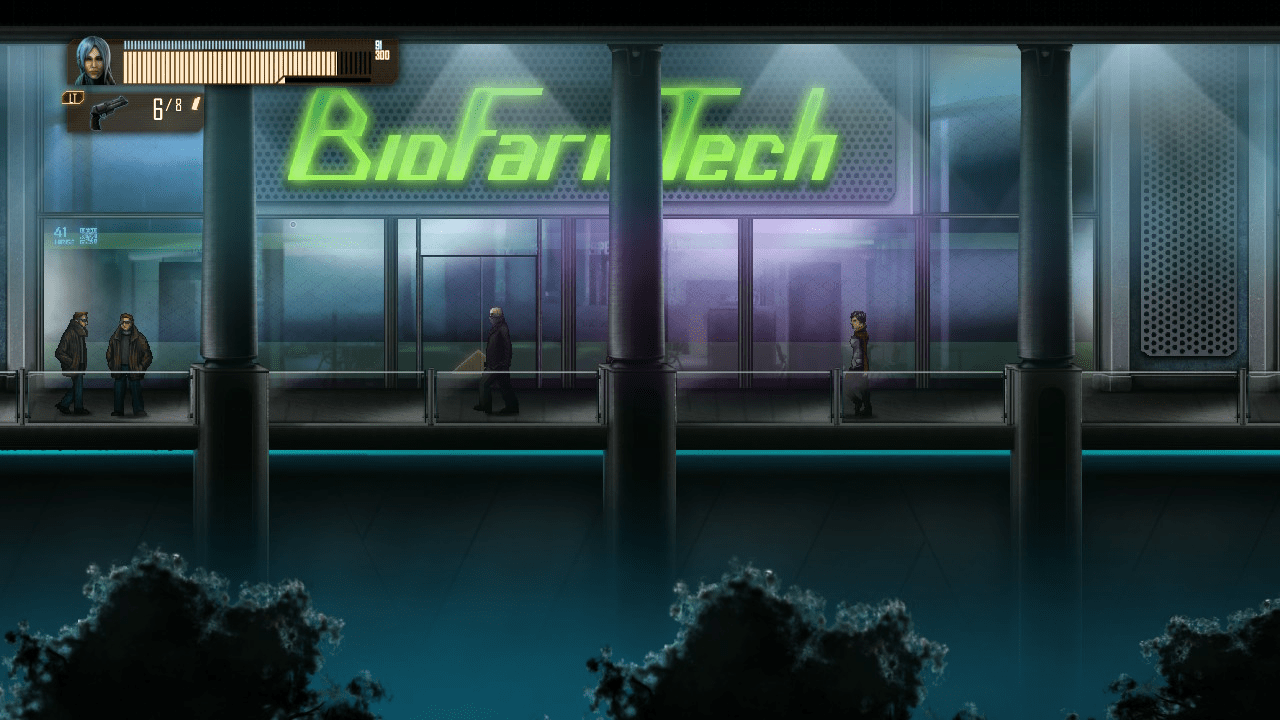 Dex is a fun and satisfying game overall to play with a story to keep you hooked and keep going with an uncommon setting for RPGs. The ranged weapons and hacking elements do let it down a little but the upgrades and other play styles more than make up for that. I look forward to seeing what Dreadlocks Ltd makes next.

With all that in mind, I am awarding the game the Thumb Culture Silver Award.