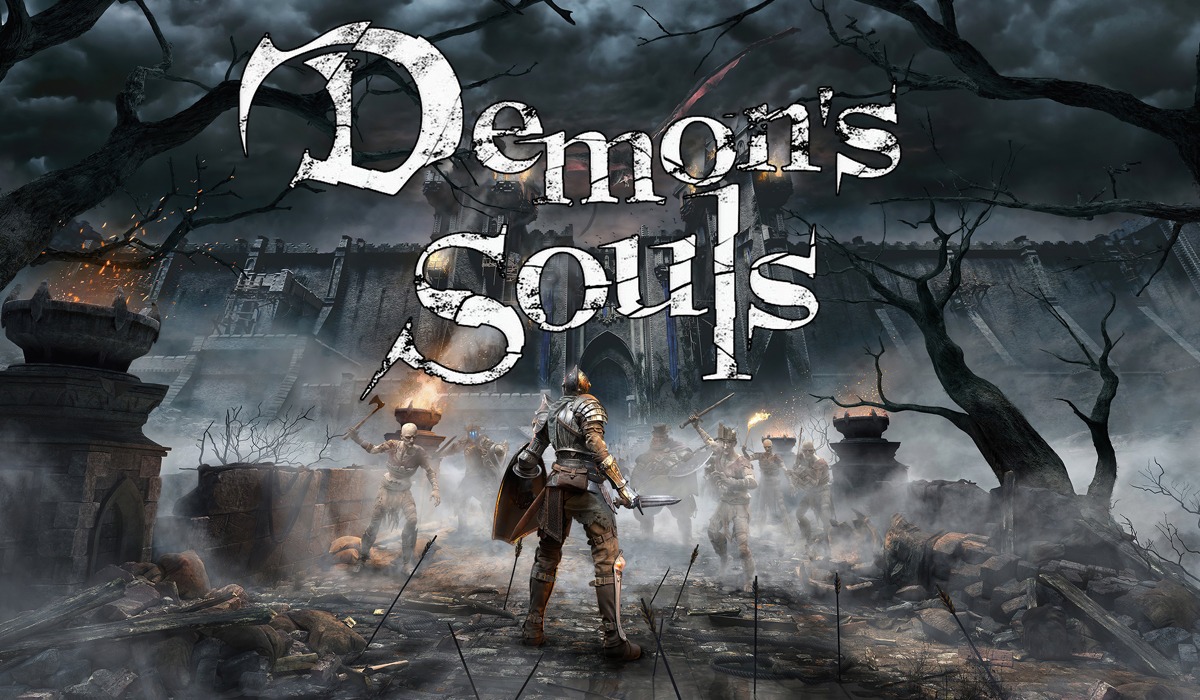 Bluepoint Games are back with their signature style of remaking a game. They tread a fine line between making a game look incredible, whilst retaining the original layout, controls, and features. Demon’s Souls is the latest showcase of their talents. Whilst some would like to see them tackle their own original title, I feel like the skill involved in how they remake games could be aimed at even more classic titles.

Demon’s Souls of course is the game that dawned the Souls-like. True, it was Dark Souls that really blew up and ushered in a whole new genre. When you play Demon’s Souls however you start to see all the seeds being planted in design and how it evolved to become Dark Souls, Bloodborne, and Sekiro: Shadows Die Twice.

Back when the original Demon’s Souls landed on PlayStation 3, I was keen to try it out. I put about an hour into the game before deeming it too hard and never revisiting it. Cut to 10 years later and it’s hard to imagine my life without the Souls games. Due to fan groups, a certain trio of lads that are always prepared to try them, and my own streaming I owe the series a lot.

I always felt bad that I never clicked with the original title, especially when I hold Dark Souls and Bloodborne very close to my heart. So with the remake landing, I couldn’t resist investing. It was a day 1 purchase without a doubt. It has taken a bit of time to put out this review simply because I wanted to defeat every boss, and frequent every area to make sure I had a good view of the game. Have you beaten the game? Sound off in the comments below about your favourite boss.

If you know Dark Souls, you’ll know how Demon’s Souls plays. For those who aren’t familiar, you play as a custom-created character. You get to pick the appearance and base skills of your adventurer. Knights, Soldiers, and Barbarians make up the more well-known classes of the Souls games. Royalty, Magicians, and Wanderers lean more into the nuance of how to build a character. There are a total of 9 starting classes that give you some starting gear, and a base of stats that are skewed more towards their skills.

Personally, I always adopt, what I feel, is the classic Souls experience. I pick the Knight class, and then I grumble at being slow and melee only. For some, this gameplay might feel quite jarring compared to other more modern titles. Slow dodge, combat buttons on the shoulder buttons, no ranged attacks off the bat. The truth is though this is just how you start, no matter which class you start as, you will find plenty of loot, spells, and weaponry to help you tailor your character to how you feel.

As you explore the world of Boletaria, your goal is to collect souls (effectively currency or experience points) and use them to level up. I always personally aim to defeat every boss, before moving on to the final big bad of the game. I believe Demon’s Souls reinforces this as the only optional bosses seemed to be mini-bosses such as dragons or rogue demons. The structure is a little unconventional though, with 5 world portals accessed from a hub that can be explored in any order. It’s clear that Bloodborne took the Nexus as an influence for the Hunter’s Dream; however, the world in Bloodborne is also a lot more structured and cohesive beyond the warp gates.

The advantage of the open-ended ability to explore however is that you’re never really hitting roadblocks. When met with a challenging boss or section of a level, you can simply warp to another world and start to explore anew. There are pros and cons to this mechanic and I can see why they never revisited this idea in the later titles.

It wouldn’t be a Souls game without highlighting the bosses. You can almost draw the lineage of Demon’s Souls bosses through to the later titles. The first boss of the game is found as a random nuisance in Dark Souls‘ Painted World. The second boss has an arena akin to the One Reborn in Bloodborne. It’s interesting revisiting these without any prior knowledge of the original release.

One of my favourite things about the bosses in this game though is that most of them have a hook. By that I mean there’s a gimmick or trick to them that makes them a little more interesting than an unstoppable wall of hitpoints. 2 bosses I accidentally discovered were blind and therefore using gear that lowered my noise allowed me windows of opportunity for a heal or a heavy strike. Another boss was entirely airborne and limited my attack options. These mechanics made each and every boss very memorable and something that seems to have reduced in later SoulsBorne titles.

Unfortunately, however some of the bosses have not aged gracefully. Clipping through scenery, standing in thin air instead of falling. Some bosses definitely felt more frustrating than their more modern counterparts. The final boss of Demon’s Souls is probably the only boss in a Souls game that has genuinely frustrated me. One particular move permanently de-levels your character. That’s right, he steals one of your levels. One attempt at this boss saw him hit me with this move around 5 or 6 times. Some of the hits I took felt like I had been sucked towards him too. I don’t mind dying in these games, that’s par for the course, but this felt like a very cheap mechanic. Another boss was simply other players online. Yeah, literally a random player summoned in to defeat you.

These experiments thankfully lived and died in Demon’s Souls and fortunately didn’t find their way into the newer entries of the series. These aren’t flaws with the work performed by Bluepoint Games however, they’re a symptom of the design and failings of the original title.

I mean, what can we say about the graphics? Bluepoint Games know how to make a game look wonderful. From their work on getting Titanfall running on 360, to making Shadow of the Colossus look like a modern classic. They know how to take an old game and re-skin it to look incredible. Demon’s Souls is no exception, with incredible lighting, draw distance, and particle effects sealing the deal. A particular highlight is the incredible reflections from your armour. It’s subtle but looks incredible. Sony has denied that Demon’s Souls uses ray tracing, so I can only assume Bluepoint has worked some magic here with older shaders. If you run past a glowing rune or bonfire your armour will reflect light everywhere like a demonic disco ball and it really does help with the immersion.

With the benefit of an ultra-fast SSD, and the computing power of the PlayStation 5, the game genuinely looks incredible. It’s often quite jarring to have a game look this great and then still have the dated AI and handling of the original game. This is of course by design, but I can’t help but imagine what the inevitable next From Software game could entail. If we of course ever hear about Elden Ring again…

Naturally, a game like Demon’s Souls wouldn’t be complete without the sound. Some of the music, especially in the boss arenas, really stands out. The title music in particular has been a pesky ear-worm for me since first starting the game. This theme recurs in the final boss too (albeit with a different arrangement).

The primary end-to-end playthrough of Demon’s Souls will likely net you around 30 hours of gameplay. Perhaps less if you’ve witnessed the game before, perhaps more if you struggle with any particular boss or element. Naturally, these games strive for replayability, trying them with different builds and hunting down elusive weaponry. There is also an entire dynamic around how levels change with White or Black world tendency – a mechanic I didn’t really explore and is slightly lost on me. At its core, Demon’s Souls is an open RPG with lots to explore and lots to do. You can lose tens of hours to this game even after completion.

Demon’s Souls in this form is an excellent way of revisiting the roots of the SoulsBorne genre. A game that, despite its flaws (which are a symptom of its age) still allows you to explore the DNA that made the games we know and love today. Seeing so many themes, ideas, and even items carried through to later titles is interesting. I am glad some things never left Demon’s Souls, the final boss’s mechanic itself being thankfully left in the past. That being said it was an absolute pleasure to play and experience.

It’s hard to not award Demon’s Souls with a Thumb Culture Gold Award. It’s a masterclass of remaking a game whilst retaining its original styles. Something that should appeal to old school fans, and new fans alike. Of course, it also begs the question… What will Bluepoint Games remaster next? 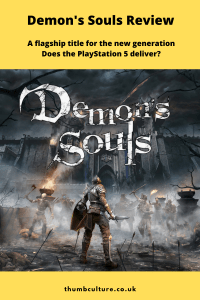 One thought on “Demon’s Souls Review – Your Souls Are Mine”