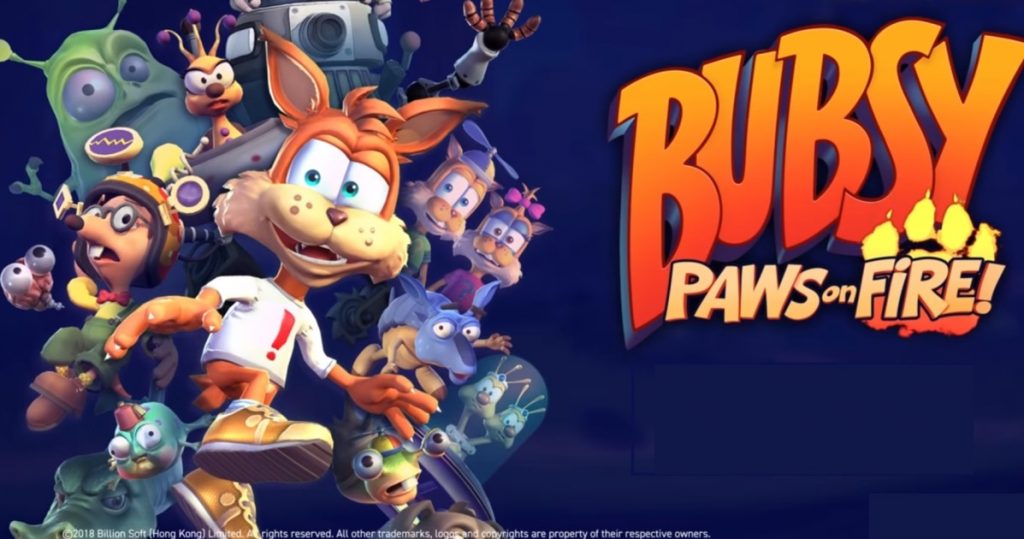 Bubsy the platforming Bob-Cat returns to us in this latest addition to the series from Accolade, this time courtesy of developers Choice Provisions the creators of games like Runner 3.

As a child, I’m going to be honest, I was more into Sonic, but I do remember playing the older Bubsy games. So, when I was given the chance to do this review I thought great, some old school style gaming for a change with a bit of nostalgia sprinkled on for me.

Right off the Bat, Bubsy Paws on Fire is a different style of game than I was expecting to play, instead of a traditional Platformer it was very quickly apparent that this is more of a side-scrolling speed-run game.

You play as one of 3 characters; Bubsy (of course), Virgil and Woolie. All of which have their own unique skills that allow you to access different parts of the level but in essence, every playthrough is the same, race along and collect all of the balls of yarn pushing one or two buttons along the way to either jump or shoot your way past obstacles. 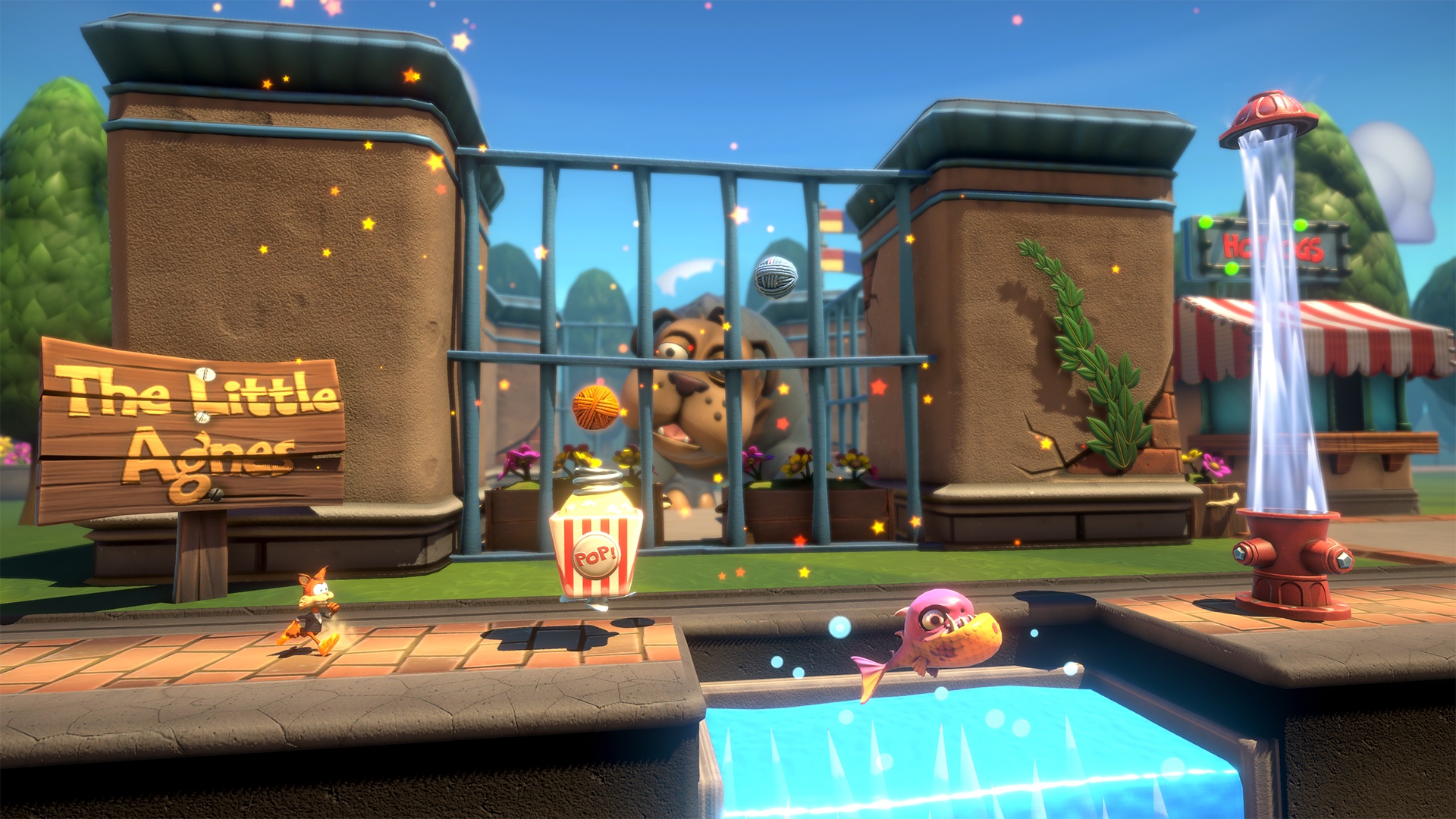 Upon completing the level with each of the 3 characters, it’s possible to unlock a bonus level, this is completed using the 4thand final of our selectable characters, Arnold. In this level, you speed through a passageway collecting Gems and stones (basically as many as you can) while avoiding obstacles that may appear.

The problem here was that it feels and looks very much like a Sonic and Tails bonus level (just swapping Rings with Gems). Unfortunately, this instantly put me off as it’s just not as fun as the Sonic version. 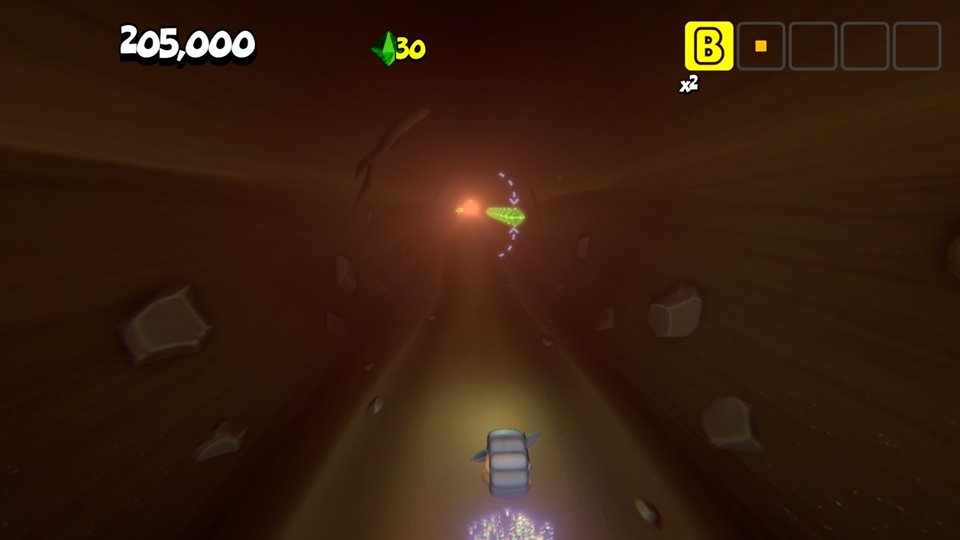 To select the levels there is a map screen that you can move Bubsy around, unfortunately, we have another instance with lack of originality… it is clearly designed with the maps from Mario in mind. 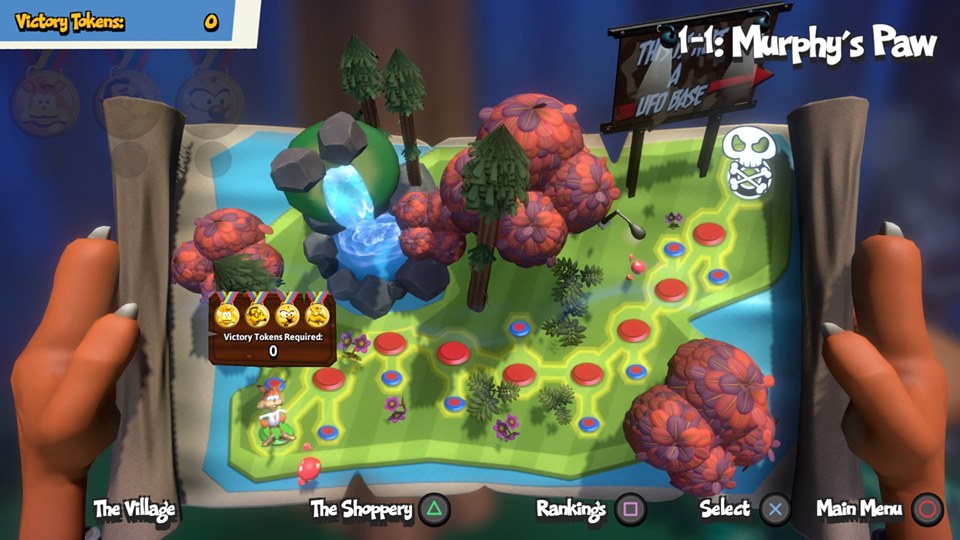 Bubsy Paws on Fire does have a nice addition of an in-game store where you can purchase different costumes for the characters (using the in-game currency you earn while completing levels). A slightly larger choice would have been nice (or at least the possibility of changing the colours of some of the outfits) but still a nice inclusion. 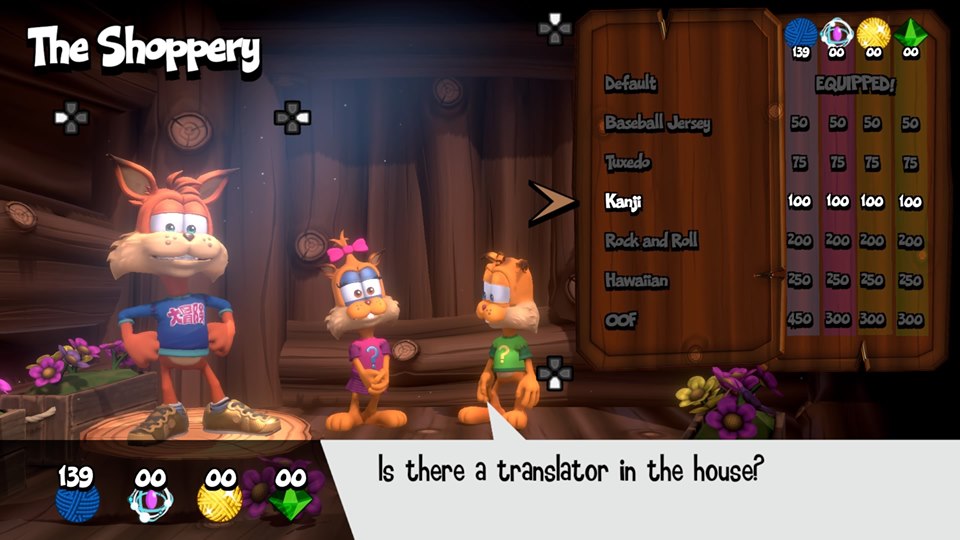 Bubsy Paws on Fire definitely ticks the boxes of what I would have hoped for in terms of its look, it has kept the cartoon style level and character design but just polished it up for the current gen market.

That’s not to say it isn’t without its bugs. A number of times I’ve had either frame skips or just freezing in general, not for long but enough to cause problems when you consider this game is designed to work in the style of speed-running.

The Character voice work is decent enough, Bubsy has his typical sarcasm and one-liners throughout and the other characters do compliment him in that way, but it’s definitely not going to win any awards.

There is a nice addition of some sarcasm and one-liners to the loading screens that I personally liked. I think more games should include things like this, for example, Spiderman did a wonderful job of including things within the loading screens to keep players attention.

The in-game music/level audio is generic, but it’s subtle in such a way that although it’s the majority of what you hear throughout it doesn’t really stick in your head or distract you from the task at hand, it does a nice job of blending into the background.

This for me is going to be where Bubsy Paws on Fire really struggles. My experience was very repetitive and as such, I really do think that once players complete the game, only a few will go back to play again (and that will probably be the completionist trophy hunters).

There isn’t a huge amount of content to keep you playing for say 40-50 hours, there are only a few worlds with half a dozen levels in each, packed out by making you play each of them with all 3 characters (kind of cheating if you ask me!).

Do I see anyone going back to play this over and over? Possibly a younger audience, but it wouldn’t surprise me if even their attention didn’t wander elsewhere within a smaller period of time.

Bubsy Paws on Fire, in my opinion, is a bit of a cash in without much thought, it does what it’s designed to do like a speed run type game. However, I think it’s only going to appeal to a very niche audience and fans of the previous Bubsy games will be (like me) a little lost for reasons to play.

It is a bit of shame as the previous entry to the series: Bubsy: The Woolies Strike Back was a pretty solid Platformer and I was hoping this would build on that base.

I would give Bubsy Paws on Fire the Thumb Culture Bronze Award, it has its moments as long as you know what you’re getting into before you play.

Disclaimer: A code was provided in order to complete this review