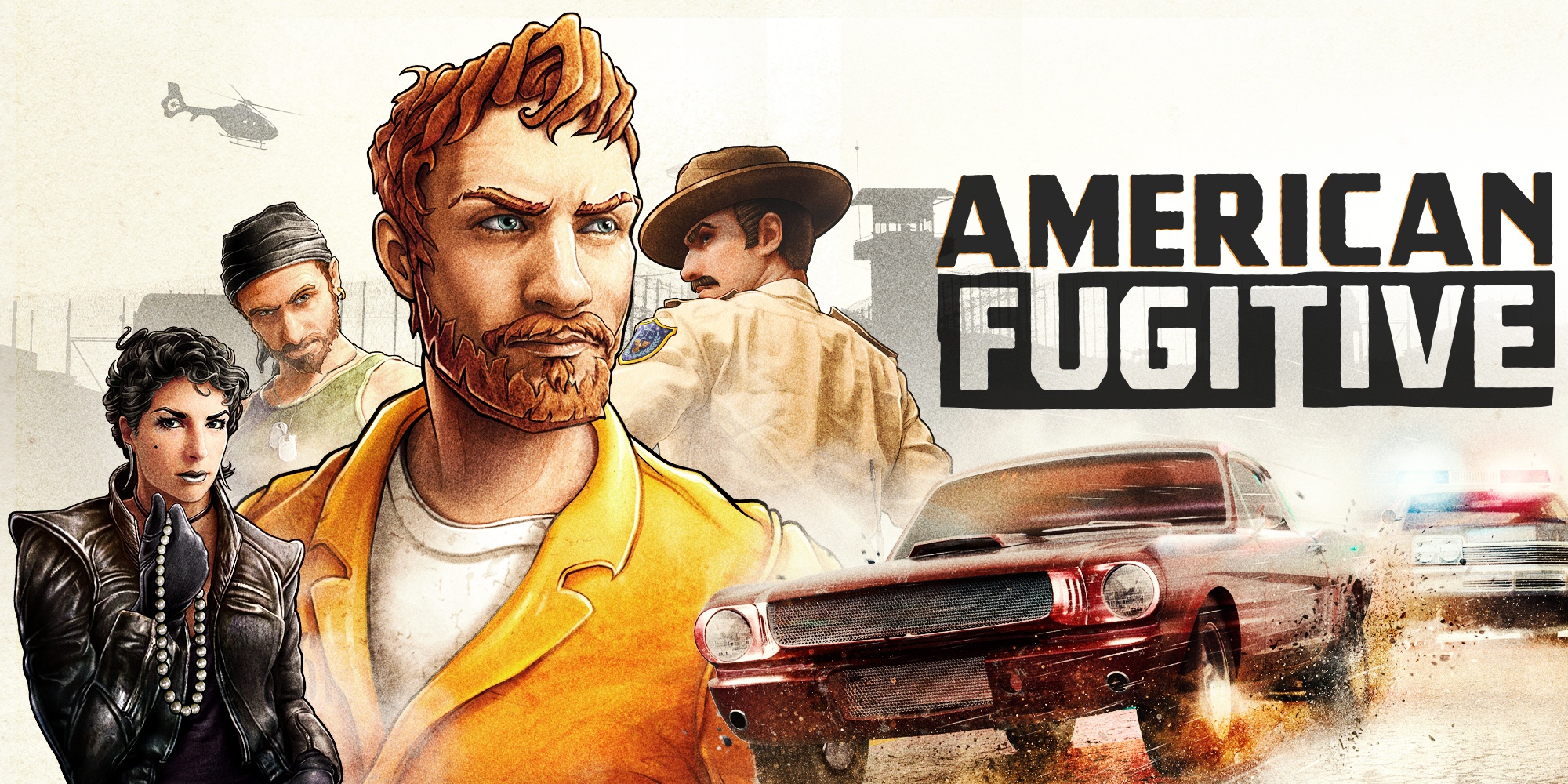 American Fugitive developed by British studio Fallen Tree Games and published by Curve Digital is a 3D top-down open world game that has strong roots with the original Grand Theft Auto games.  Available across all platforms, I was lucky enough to take the PS4 version out for a spin!

American Fugitive is set in a quiet American country town called Redrock County back in the 1980s and yes it is single player.  You take on the character of Will Riley who arrives at his father’s house following a late night phone call to find him lying dead on the floor.  Even though you had no part to play in the cold-blooded murder of your father, you are framed and locked up in a prison.  Powered by vengeance and determination to find out who actually committed the crime you break out of jail, Shawshank Redemption style, and seek answers.  How you go about it is up to you however it is a good idea to follow the markers on the screen that will take you to your contacts who will offer you missions as well as information.

American Fugitive is fairly fast paced as you control Will on the screen, walking, running and jumping through neighbourhoods, stealing clothes from washing lines to conceal your appearance.  I love this touch and yes you can wear a dress lol.  While on foot you can choose to break into buildings in order to search for guns, money, food and other items.  You can either look through the windows and case the joint or just go through a window or door and hope for the best.  Should an alarm go off then you will be shown a countdown on the screen warning you that the police are on their way.  Each search you do costs you time so spend it rummaging wisely!

Now you wouldn’t be much of a fugitive if you didn’t steal the odd vehicle and go on a destructive drive, would you?  In American Fugitive you can steal any vehicle you see, either from being parked up or being driven on the road.  Vehicles range from slow trucks right up to speedy roadsters.  Anyone that has ever played the early GTA’s will appreciate that the faster you go the harder it is to control and it is no different here.  Thankfully a lot of the scenery is destructive therefore ploughing through fields and crashing through fences quickly becomes second nature.  There are ramps to jump and spray booths to change the colour of your vehicle when you are being chased by the Police and those chases are initiated by the slightest sight of you bumping into a car and driving off or member of the public witnessing you up to no good.  It is very surprising how quickly you can get up to 5 stars as the Police running commentary blares out of your speakers letting you know the description of your vehicle, your clothing and also calling in for backup from helicopters however it is fairly easy to conceal yourself and wait for the Police to give up looking for you.

The missions are nice and varied with anything from destroying a rival gang’s car by nicking it and putting it in a car crusher to taking people out or searching for clues in buildings.  As you pass each mission a bit more of the story is told to you through the short comic book style that American Fugitive adopts.

Should you die a very familiar “Wasted” screen appears and you restart at the prison sewage pipe with your money and points but not your inventory.  I have seen a  few people complain about this feature, feeling that they are being punished, however, it is pretty easy to find new weapons and items and C’mon in this day and age you would be lucky to even still have your wallet on you so be thankful for something!

American Fugitive is drawn and animated really well with rich textures that evolve as day turns into night and artificial street lighting takes over.  The cutscenes add a comic element to the game and fit in brilliantly, raising tensions as you learn of the next twist in the plot and giving you a new mission.  I love how when you break into a property you are given a simple plan of the building to select, which room to turnover, along with where the exits are before going back into the colourful environment outside, and the mayhem.

American Fugitive has an awesome soundtrack that ramps up and down depending on what you are doing in the game, it definitely adds to the mood as you are hammering through the county in your stolen vehicle.  Sound effects are spot on with the different vehicles each having unique engine sounds and the narrative in the cutscenes is superb.

American Fugitive is a fantastic top-down game if you want to play something fun, doesn’t take that much thought and allows you to cause lots of death and destruction.  With a strong nod to GTA, this is not simply a clone of a game from yesteryear, this is a homage to an amazing game with added elements of their own thrown in for good measure.  Retailing at around £17.99, come and join in the chaos and find your father’s killer!