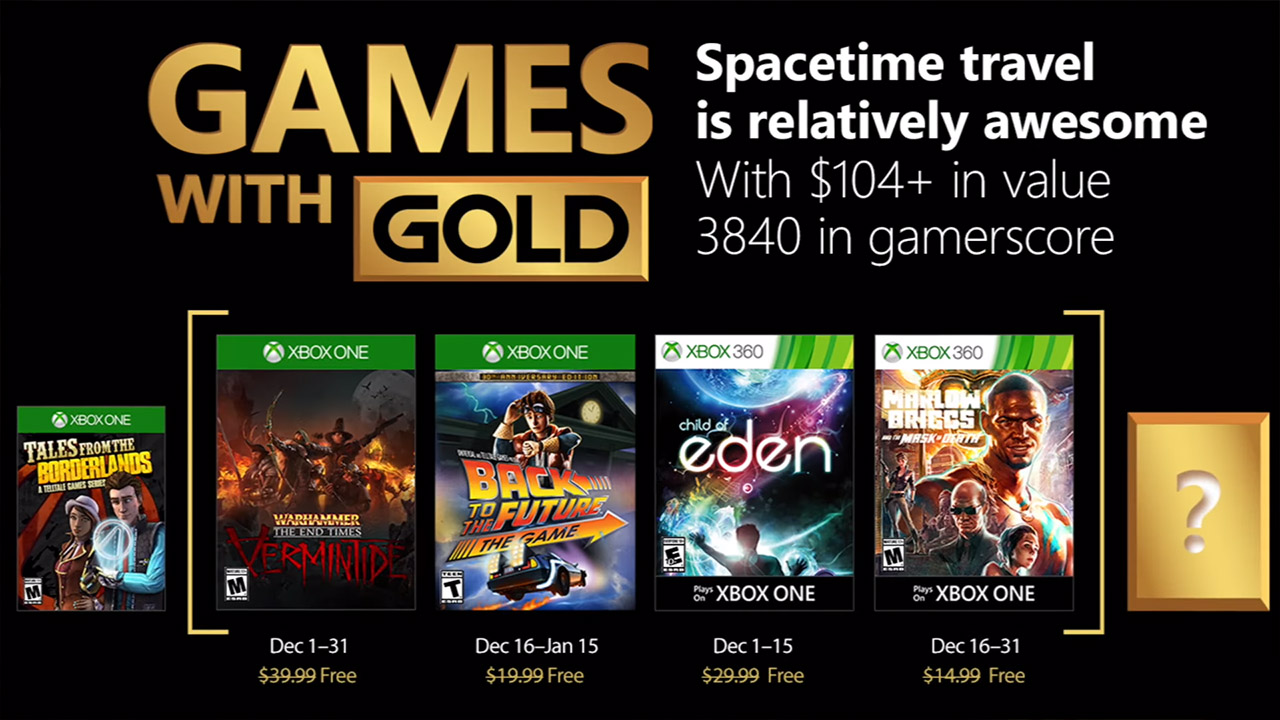 Another four titles become available for free next month for users who have Xbox Live Gold, and the details are below.

With this months offers still going, we’re coming close to December, and the four titles that will be becoming 100% free to download for a limited time will be available to those who have an Xbox Live Gold Subscription.

A Xbox One title by Fatshark, that finds players in the End Times within the Warhammer universe. A co-operative adventure title for up to four players from a first person perspective, with you controlling one of five heroes taking down the Skaven enemy that roam the world.

Back to the Future: The Game – 30th Anniversary Edition (December 16th – January 15th)

Created by Telltale Games, this Xbox One game allows players to experience the classic films as a game where their choices matter. Join Marty McFly on his journey through time back to Hill Valley in a bid to stop the space-time continuum from unravelling. This will also include behind the scenes videos with interviews from the cast and crew.

Originally available on Xbox 360 and PS3, Child of Eden by Q Entertainment and published by Ubisoft, is an action title based around rhythm. It was also one of the first titles to support the Xbox’s Kinect system. It finds players shooting down targets, and once hit they generate melodic sounds, resulting in a relaxing, and musical experience. It was also compatible with the PS3’s move controllers.

Whilst an Xbox 360 title, this is also backwards compatible, so if you have an Xbox One, you can still nab this.

Marlow Briggs and the Mask of Death (December 16th – 31st)

Developed by Zootfly and published by 505 Games, this hack and slash title from 2013 brings a load of action, explosions, and adrenaline rushes as players battle enemies through various Mayan themed worlds to save his lover, and defeating the evil forces. It’s incredibly over the top, and that’s the point.

You can watch the trailer for Decembers Games with Gold below which features footage of the titles in action.