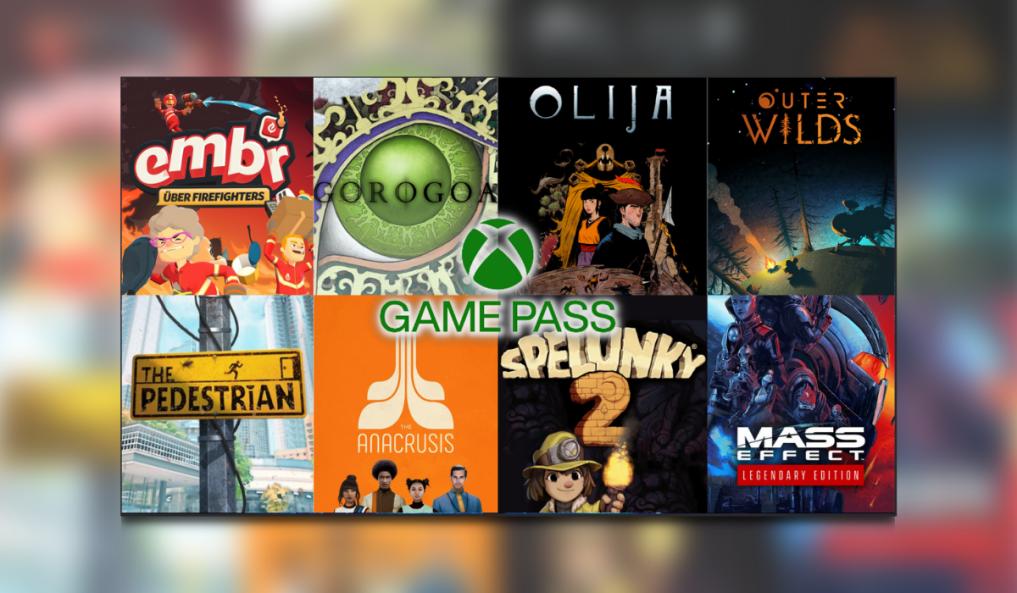 It’s undeniable the awesome value that Xbox Game Pass offers, and right now Xbox players are truly spoilt for choice. This year I’m going to be taking a look at the amazing titles on offer throughout 2022 and sharing some of my top picks on Game Pass each month.

If you’re a Game Pass subscriber I’d love to hear your thoughts on the different games available each month. Let me know in the comments below, or as always, you can catch up with us over on social media too.

It’s also worth noting that family-friendly gaming has had a massive boost on Game Pass. While not technically in the new for January category, there’ve been some great titles added over the festive period. Transformers: Battlegrounds, Paw Patrol Mighty Pups: Save Adventure Bay, Ben 10: Power Trip, and Race With Ryan are four great games to try out with your kids.

So without further ado, let’s jump in with a look at some of the amazing games coming to Game Pass this January, as well as my top picks for the month.

Xbox is kicking off the New Year with a bang this January. There’s a huge range of options for Game Pass subscribers to jump into, as well as some special offer titles for Xbox Live Gold members and Game Pass Ultimate subscribers. Alongside the main catalogue, Golds and Ultimates will have access to the following:

With cloud gaming now a feature on Xbox consoles, it’s never been quicker or easier to jump into a Game Pass game without having to install it first.  This January, as mentioned, there’s lots on offer for your younger gamers as well as some great titles for fans of puzzles and platforming. Here’s what’s currently available, as well as a look at what’s coming up later in January.

An immersive game about the shipwrecked Faraday’s quest to escape the mysterious and hostile land of Terraphage. Fans of 2D pixel graphics are sure to enjoy this platforming adventure that’s as dark as it is engaging. I really got a kick out of the combat and movement mechanics. Olija kind of reminded me of Monkey Island, but a lot spookier and more atmospheric. Definitely one to try out.

This is a gorgeously illustrated, sophisticated take on the puzzle genre. There’s little in the way of introduction with Gorogoa as you’re pulled straight into a beautiful interactive jigsaw-like experience. It’s down to you to solve the riddles on each page as you progress through the hand-drawn story. I loved the opening chapters, though some of the puzzles may have you scratching your head for hours!

Enjoy the world in a sidescrolling 2.5D way as you get stuck into this puzzle platformer. A must-try game for puzzle lovers, The Pedestrian has you navigating various environments through a range of wall and street signs. The graphics and environmental visuals are gorgeously designed and make a great contrast to the simpler, linear style of the sign-based puzzles. Loads of fun and challenging puzzles to work your way through – what’s not to love?

In Embr, you get the chance to fight fires for cash…and fun too! Turning lifesaving and firefighting into a corporate effort is a bit of an interesting concept. However, it’s hard to ignore the adrenaline rush of trying to rescue people from burning buildings and escape before their house burns down. Embr offers a range of daily missions and multiplayer options so you can team up with friends to become the best firefighting crew in town (as well as make a profit from all your heroic deeds). Monetizing the saving of lives really is peak 2022, but it’s a hell of a lot of fun. You can check out the full review for Embr here.

Including over 40 DLCs from the Mass Effect games (Mass Effect, Mass Effect 2, and Mass Effect 3), the Legendary Edition is one we covered in this review last June. Now you can start your Mass Effect journey all over again (or for the first time, in my case) with Mass Effect Legendary Edition. Three games in one remastered package and gorgeous galactic storytelling. I can see myself packing a lot of hours into this one.

Critically acclaimed open-world spacefaring adventure Outer Wilds is back on Game Pass this January. Explore a mysterious and constantly evolving solar system as a new recruit and take in the gorgeous graphics on display. With so much to discover, this gigantic space mystery is a real treat for Game Pass subscribers this January.

Building on from the classic original game, Spelunky 2 brings all the roguelike fun you could wish for. The sequel ensures that there’s loads more exploring, hunting for treasures, and searching for missing family to be done. I loved the colourful, gorgeously detailed artwork and wonderfully addictive nature of the gameplay. That said, it was tough going for me, but then again, I suck at platformers!

A co-op FPS for four players set on board a massive, stranded spaceship, The Anacrusis offers lots of alien-blasting fun with friends. The game is in early access so this is a game preview. I liked the funky, 70’s-feeling visual style of the game, but the hordes of aliens that you come up against were more challenging than the game’s visual vibe led me to expect. One to try out if you’re in the mood to blast some creatures into bits with your friends.

Coming Up Later In January:

Gorogoa is definitely one to try out! A gorgeously designed puzzle game that will have you hooked from the first scene, you’ll need all your wits and spatial awareness to progress through it. I’m in love with the visuals even if the puzzles do have me feeling like an absolute doughnut. It’s no surprise that it won a BAFTA (for Debut Game). Gorogoa is beautiful, give it a go.

Also getting a nod from me this month is The Pedestrian. It blew me away with its puzzles meets environment art combination. It’s definitely a great game for anyone wanting to test their lateral thinking! One to play with the rest of the family shouting out what to do while you try to rearrange, reconnect and navigate your way through a road sign, for sure.

And so to the final part of my Game Pass Picks, the random recommendation. This month, I’m choosing Lake, a ridiculously chilled narrative game set in 1986. For me, this game is pure escapism and one I think players will be pleasantly surprised by. You’re spending two weeks delivering the post in your old hometown while you’re on a career break, and honestly, this game has me thinking about retraining as a delivery driver. Nostalgia, cosy vibes and relaxation – what more could you want for the long month of January?

What Are Your Top Picks On Xbox Game Pass?

We’d love to know your thoughts on all the amazing titles available right now on Game Pass. If you’ve discovered a hidden gem that we need to know about, let us know in the comments!

As always, you can catch up with all things Thumb Culture on our social media channels. Also, if you’re not part of our awesome Discord community yet, what are you waiting for? Head on over there and join us now for more chat about gaming, hardware, and well, everything in-between!

I’ll be back with more top picks for Xbox Game Pass next month. Until then, happy gaming!