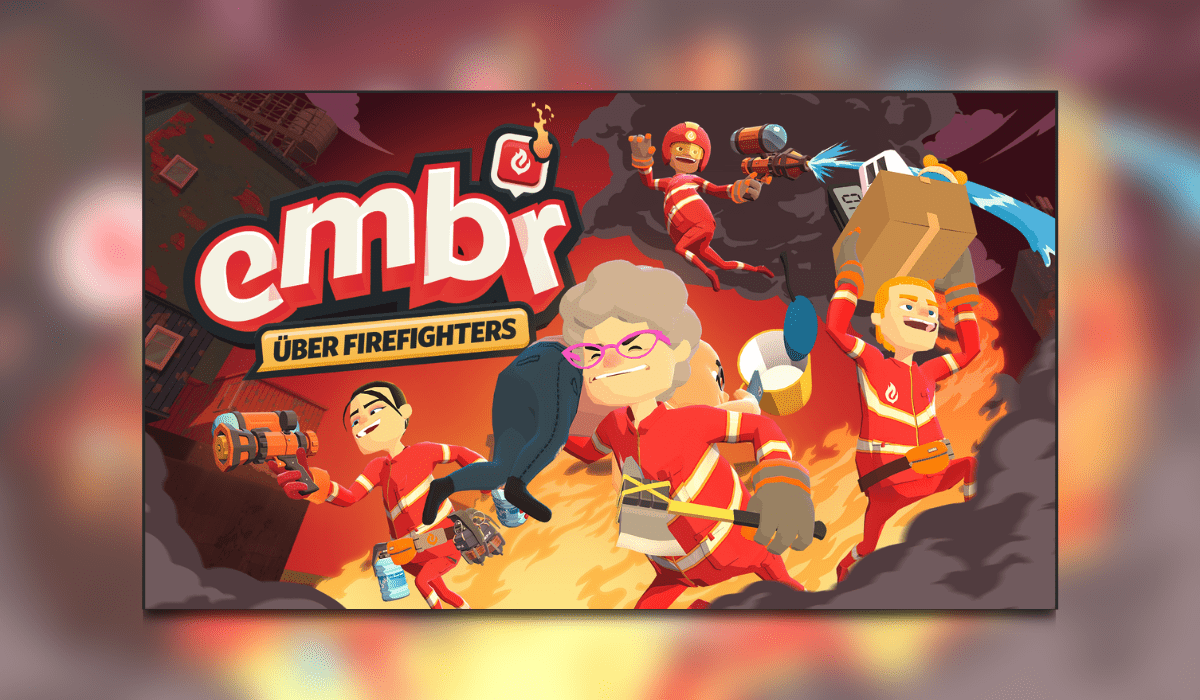 Fight fires for fun and profit in this unpredictable and frantic multiplayer game. Released onto Steam 21st May 2021. Developed by Muse Games and published by Curve Digital. Today we are taking a look at Embr on PC.

Some Guys On This Job, The Fire Owns Them, Makes ’em Fight It On Its Level, But The Only Way To Truly Kill It Is To Love It A Little.

After you have mastered being a fire responder, why not check out the life of a spy in I Expect You To Die 2 here.

On first loading the game, you play through a small tutorial where you are shown the basic controls and the aim of the game. You are then left to play through however you see the best. There are 3 separate map areas that are unlocked by collecting progress stars. Spread across the 3 areas are a total of 25 unique levels for you to master. Some levels have multiple objective modes to add replayability.

The rescue missions are the original game mode. Salvage mode – get as many items out of the building as fast as possible. Low house damage mode – save all the clients with building integrity above 50%. Special object mode – search for the client’s special object and get it to the rescue zone. Embr eats – use the finder to deliver food and rescue clients. Demolition – burn down the house and clear out all toxic barrels. There are also escape missions. Kidnapped by the competition you must escape the dangerous assault course within the allocated time limit.

As you progress through the levels and collect cash, you can spend it in the upgrade store. You can purchase new tools, outfits with special perks such as reduced damage or faster movement. You can even get golden skins to transform your tools. There are also upgrades for your current equipment, from larger water tanks to additional ladders in your starter stack upgrades really help in the further levels.

There is a single-player mode for the solo runners and also a multiplayer mode where you can team up with 3 friends. To keep it challenging there is dynamic difficulty scaling that ramps up the temperature the bigger your team becomes.

The graphics are bright and colourful. While it isn’t going to give an Nvidia 30 series card a workout, it is going to draw your attention and make you smile. The animations are all perfectly suited for the style and gameplay, really adding to the game’s pathway. In-game the HUD is clear and easy to read. You have a list of requirements as well as additional goals top left, health and water capacity lower left, Available tools lower right and your time bar top mid.

The audio is simple yet effective. There are environmental audio cues such as the roar of the ever-growing fire and the bangs of falling debris. Tools each all have their own individual noises that alter as you use them. The good ole trusty water canon which is the most used early game tool gives you the audio cues as it sprays water over various items and surfaces each with its own audio.

Overall, the longevity of Embr seems to me personally pretty minimal. While there are daily and weekly missions the general gameplay of single-player mode quickly became repetitive. Different missions have different layouts to overcome but the general gameplay remains the same. Its saviour in longevity would appear to be its multiplayer mode. Games like this are best enjoyed in a group with friends. The dynamic changes and opens up new challenges and it’s always nice to have someone else to blame when it all goes wrong! For the completionists among us, there are also 29 Steam achievements to work through.

I feel like Embr has a lot of potential for a great party/co-op game. While being easy to play it is harder to master but can provide a fun experience for friends. Single-player for me was a bright but fast-burning flame however it was still very much enjoyable. Therefore, I award Embr a Thumb Culture Silver Award.