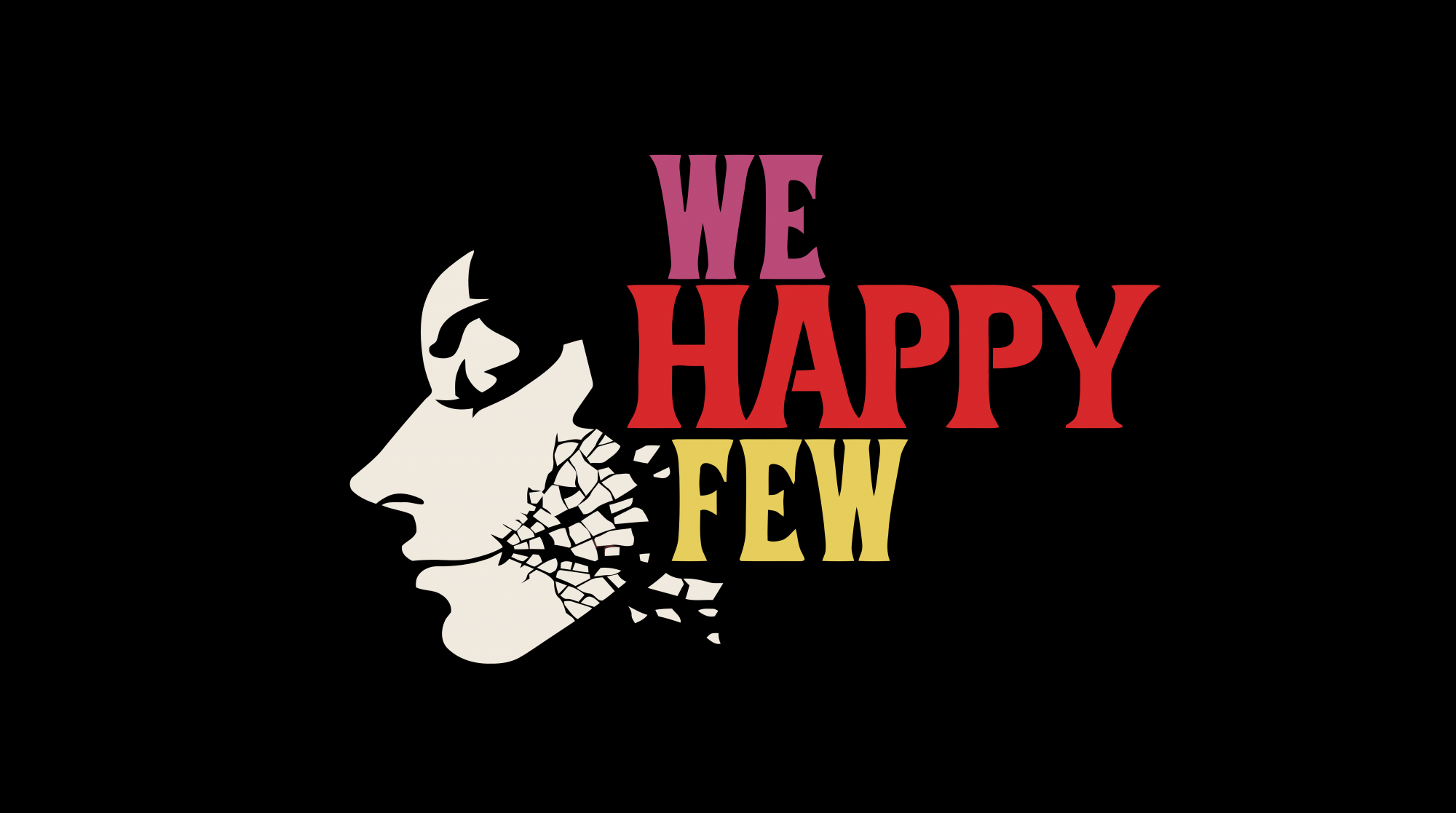 You might need some joy to enjoy this one.

We Happy Few is developed by Compulsion Games and is an action, adventure game exploring a drug fuelled retro futuristic 1960s England. It is available on PC, Xbox one and PlayStation 4. I was playing on the PC version. It does contain some mature content at times meaning it did have problems being released in Australia due to some of its content.

We Happy Few is set up so no two playthroughs are alike, whilst this is good for replay-ability it’s a nightmare to review! There are three characters each have their own back story and without giving you too much information they all intertwine quite nicely however, some of the stories lack in depth compare to the main story but, this gave the game a fresh feel as you weren’t just stuck as one character.

So more about the three main characters. Starting off with Arthur Hastings he is good with his hands and good with tinkering with equipment. Sally, slightly more sly and is best with the stealth side of the game. Finally, there is Ollie a small chubby bloke who is just a tank really. It is hard to explain the full potential of each character without giving too much of the story away but one thing I will tell you is that the depth of story in this game is unreal.

Starting off your quickly reminded that this game is meant for a mature audience, a nice colourful piñata I mean what could be wrong with that. The game constantly kept you on your toes as you never knew what was behind the next door you walked through. Also, big tip, don’t eat rotten food I struggled for like 30mins doing a mission constantly throwing up which wasn’t very pleasant.

The main quests usually entail a bit of stealth, fighting and a bit of problem solving. All worked together to make some in depth missions although some did lack, and I did find myself running everywhere all the time, which also not fun with nausea. Stealth side of the game wasn’t well thought through like you could be stood in a small bush next to someone and they won’t see you, so I would have preferred that to be a bit more realistic. Combat was also a little bit unfinished with only an attack, block and a push were the only mechanics for fighting however, the crafting and the vast number of weapons made up for this.

Crafting, a big part of the game as you find yourselves searching fallen foes and cupboards just to find a couple of bobby pins and maybe a bit of scrap metal if you’re lucky. You mainly find yourself building picklocks and other useful items but nothing to crazy I guess.

As the game is quite story driven most missions ship you off in to multiple cutscenes which most of the time were useless and were just loud train noises and the screen shaking and for me I didn’t like that as it took the whole intensity of the mission away.

NPC’s are a big part of the open world system this game has with you having to follow their normal ways otherwise you will be mobbed and chased out of the village. This only happened to me once and I can tell you, it’s scary!

Now the biggest problems I had in the game was NPC’s like one minute they would be fine and next minute I would be getting stabbed in the back by a pointy stick if they were not already glitching and teleporting around. Another problem I found was the whole vaulting mechanic as I go to jump I would just randomly vault over something or vice versa it just didn’t seem to work well.

The graphics in this game were outstanding I did not seem to have any trouble running this game as well and I run a mid-end PC, I have seen that some people did struggle to run this, so I would advise you to check your system to see if it meets the requirements. The graphics could be described as cartoonish however, don’t let this run you into a lure that this game is kid friendly as it is not. The devs used colours very well to enhance the mood of the situation you were in and overall enhanced the gameplay.

Well the game itself has a nice array of background noises to accompany the different situations you’re in such as a up beat track to go with fighting. Now as an Englishman myself whoever thought the voice acting was good must have taken some joy or something like that. It was just not suited to the game and was mildly irritating at points.

We Happy few is almost endless as each play through is individual although it ultimately ends up being the same story each will take you down different paths, so as long as you don’t get bored of this game it will last you a lifetime. I would say for myself I could probably play it twice before it ends up getting lost in my steam library. This is mainly because the stealth and combat is just not varied enough and does not offer enough customisation to keep you entertained.

I found We Happy Few enjoyable to play for the most part however, with the lack of variation in combat and stealth I feel it really let’s the game down which is hard to ignore. Although the game offers some great visuals and an interesting story line although you do need to invest a lot of time on this, I would say this game works best when you’re sat on your sofa on a Sunday afternoon.

I award We Happy Few The Thumb Culture Silver Award