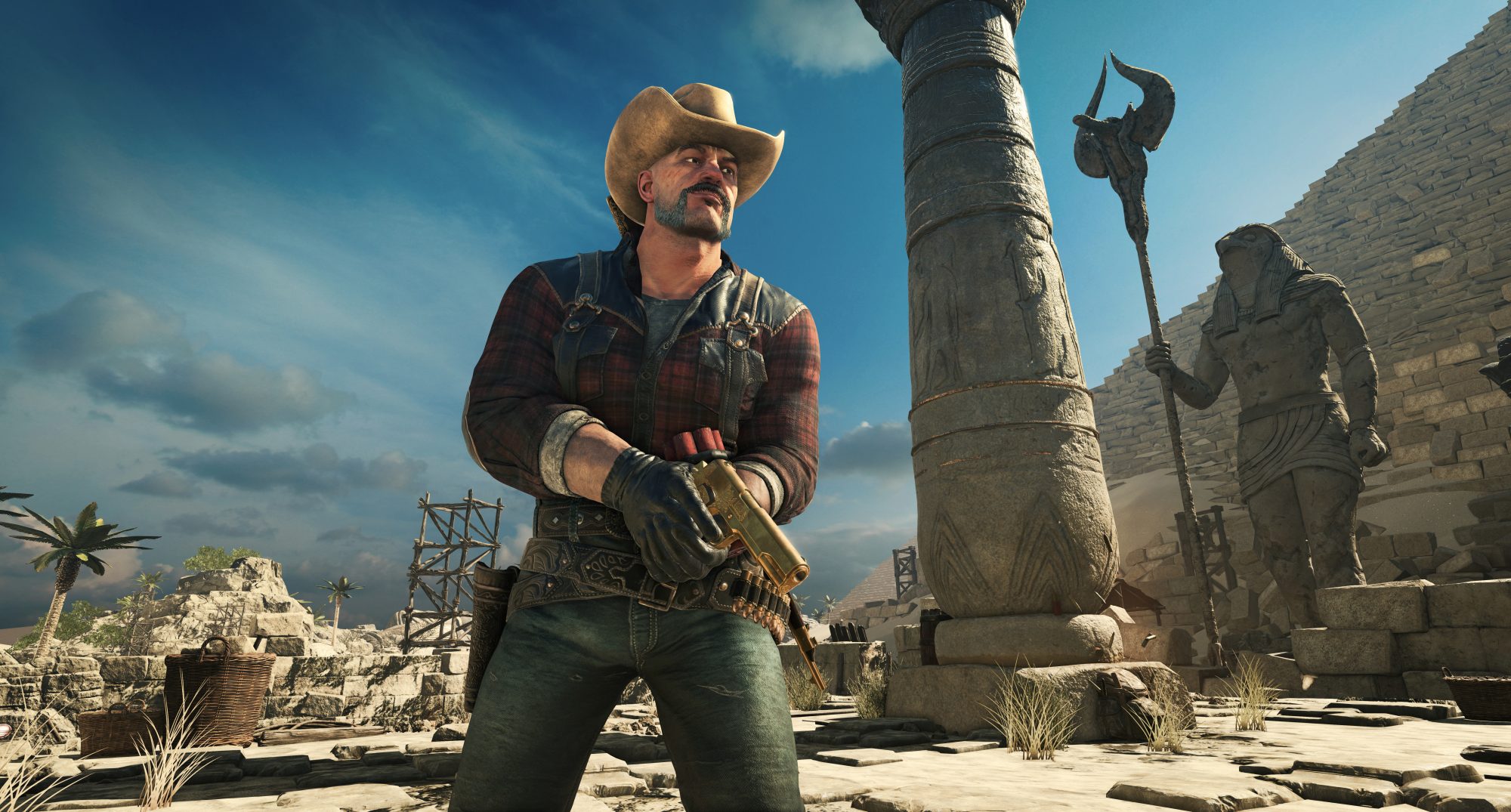 As we all know, Stu loves a bit of Strange Brigade, and his reviews here shows just that.

Today Rebellion revealed some more information regarding upcoming characters and other DLC.

Season Pass owners can now play as Patrick ‘Bash’ Conaghan, the ex-rodeo rider with an eye for danger and pots of gold! Bash and his ‘shocking’ Wrath of Quetzalcoatl amulet attack are also available separately in the Texas Cowboy Character Pack on PS4, Xbox One and PC for £5.59.

All adventurers can try their luck in additional Harbin’s Dig Path, Hidden Valley and Tunnels of Wadjet Score Attack levels, and the brand-spanking new Palace map for Horde Mode – all FREE and available NOW!

But those amazing additions are only the beginning for the STRANGE BRIGADE!

Rebellion have released a ruddy exciting road-map for the game’s upcoming content, showcasing the substantial supplements players can look forward to in the upcoming months, including the three-part THRICE DAMNED CAMPAIGN!

So will you be diving into some of the DLC coming to Strange Brigade? I know the team at Thumb Culture Will be for definite!