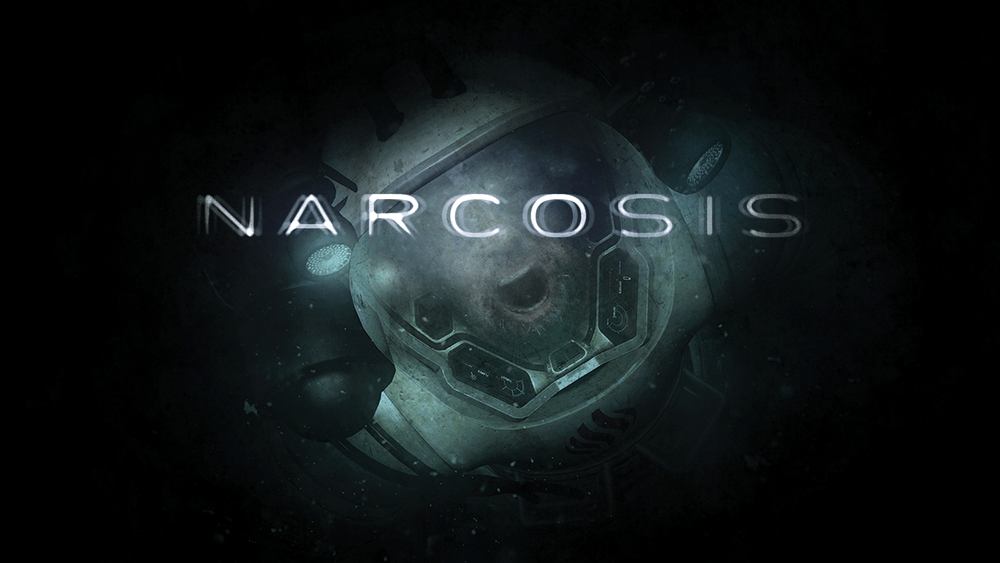 Are you afraid of the dark…?… Narcosis is a deep sea adventure, first-person, survival, horror game that does not disappoint. Stuck on the ocean floor with nothing but a knife, surrounded by darkness, igneous, sea grass, fish and unknown ‘creatures’ brings an unknowing, tense feeling of what is to come.. But will you survive?

The game was developed and published by Honor Code, Inc. Released on 28th March 2017, and is available on PS4, Xbox one, PC and VR! The choice is yours.

Narcosis is a single player game with no multiplayer option available, but there is no need for multiplayer. The game is survival based and very strategical. It’s a game that makes you think whilst you play, planning for future events. The wrong plan will only lead to your death.

All you have is a diving suit which consists of a dull lamp, your oxygen levels, your ‘tasks’ and your equipment levels. With only a knife to fend for yourself the game quickly becomes gripping.

Based at the bottom of the sea you are a deep sea engineer, working in a methane-mining facility. All seems normal until your controller vibrates, where an earthquake erupts out of nowhere. Miles away the quakes aftershocks hit and destroys all the walls of the facilities leaving nothing but devastation. You instantly feel alone. Scared. Worried of what is to come next? With nothing but a tiny lamp on your head, you’re surrounded in darkness. Your priorities change instantly; survival. To regroup with anyone who survived the catastrophic quake and to get out.

Whilst you’re stuck in a claustrophobic diving suit your breathing is key to survival. However be aware that the more scared you become the faster your breathing becomes, depleting your oxygen quicker. Don’t worry though, you have oxygen refill stations which are relatively well spread out.

Strange seems to be the key to this Narcosis, including the controls… Left analogue stick is for all movements; forward, backward, left and right. Using the right analogue stick for only moving your head. Which at first I found strange, yet again. However Honor Code, Inc have thought very hard about how to make this game more realistic. With these subtle changes to the controls it brings the game to reality. Being stuck inside the diving suite these controls help bring you further into the game, creating more realistic game play.

As you finally figure your way through the damaged buildings, dodging some of your worst nightmares (which you will encounter) you reach an escape pod. You slowly leave the damaged facility; have you completed the game? No. You end up back on land leaving more questions. Where am I? Why am I here? How did I get here? What’s next?

You’re now on the seas edge with your battered and broken escape pod, surrounded with nothing but fields and poppies. I was stuck. I had nowhere to go. I ran round and around in circles… I was stuck here for a while not knowing what to do, but here’s a clue – find the water which takes you into the second wave of the unknown. Pun intended.

Lows: There is no real ‘pathway’ as at the end of the day, you’re stuck at the bottom of the sea. Because it is easy to get lost, you can spend too much time in the wrong place, wasting your oxygen which results in multiple deaths. Frustrating.

Playing on the PlayStation 4, personally I do not think the graphics are the greatest in Narcosis, especially considering the era we are in. Graphics are usually a good selling point of games. That said, the lower graphics do kind of add to the tension of the game – was this done on purpose, I don’t know.

I cannot comment on other platforms, but I’d imagine playing this on VR (which is available) would be a very intense and realistic game. It’s full of shocks as it is, never mind in VR!

There is a great contrast between the sound effects and music, along with the eerie darkness to give you the constant feeling of uncertainty, in a good way. You don’t want to put your controller down. You want to know what happens next.

I completed all the levels within 5 hours, however I did not manage to find all the missing people, and retrieve all of their artefacts. You can always go back and complete each level one by one if you missed anything. I would say all in all to collect everything the game will last between 8-10 hours.

The game sections work well with one another, up until what I assume is the ‘middle’ of the game. After that, including the second half of the game it becomes very strange and miss-skewed.

Throughout Narcosis I did not want to put the controller down. I didn’t want to turn off my console. I wanted to dive further into the game and try to work out what actually happened. The eerie uneasy feeling the games gives you whilst you’re playing certainly draws you further into it.

The ending was a little weird though. I wasn’t really sure what to expect from the ending as I was playing the game. I had my initial thoughts, however as I progressed my thoughts on the ending changed several times. And it was none of them. I’ll leave it up to you to decide what you think…